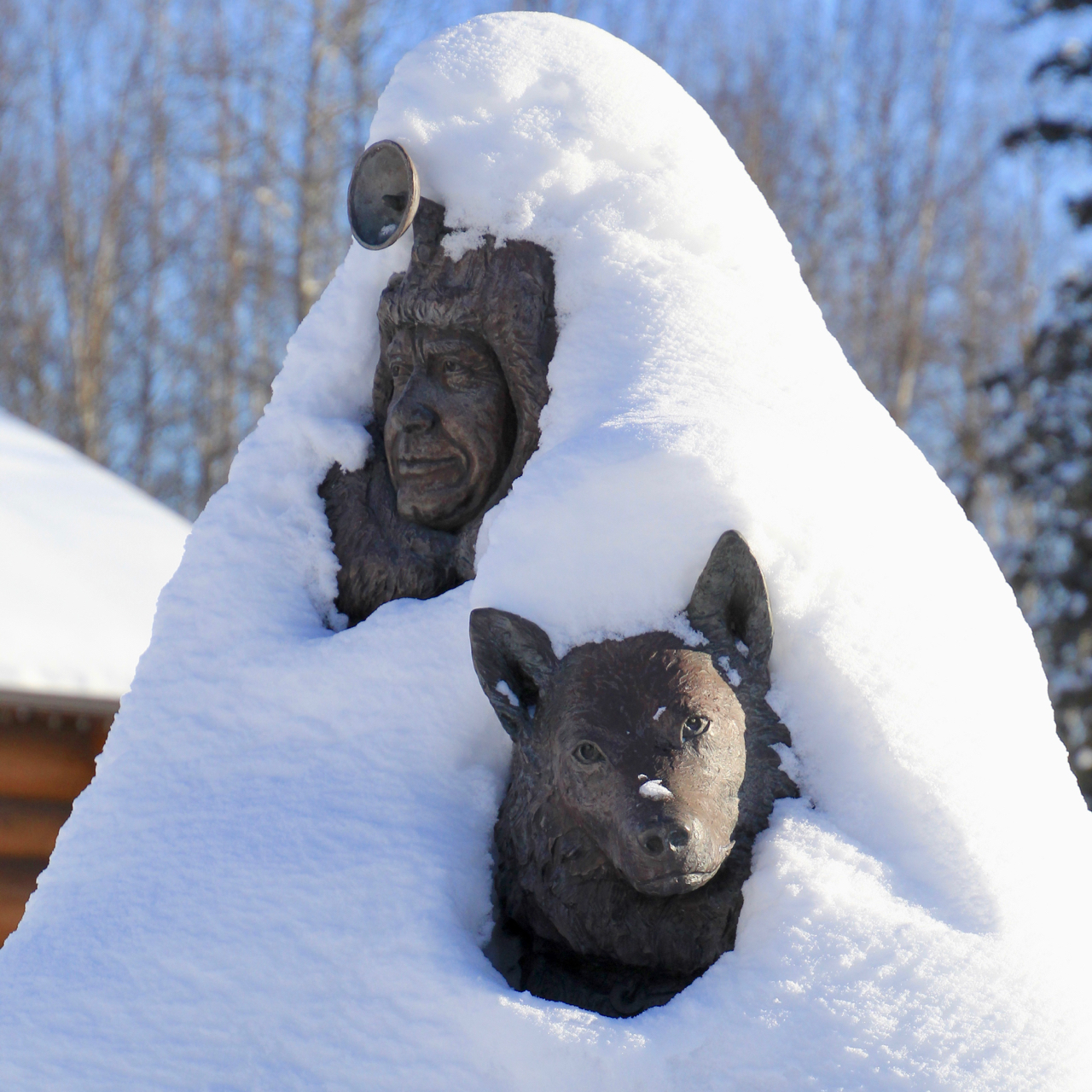 Joe Redington and Feets are covered in new fallen snow.

As I write, dump trucks are delivering snow to 4th Avenue and Cordova Street to create the “city” part of the trail for the 2020 Iditarod   The Ceremonial Start is the media’s opportunity to feature the mushers and dogs.  It’s the Iditarider’s opportunity to speed down 4th Avenue and through the Anchorage trail system for 11 miles enjoying the view and athleticism of the dogs.  Fans, Fans and more Fans will line the streets and trails to cheer on the mushers and observe Alaska’s state sport at its finest. 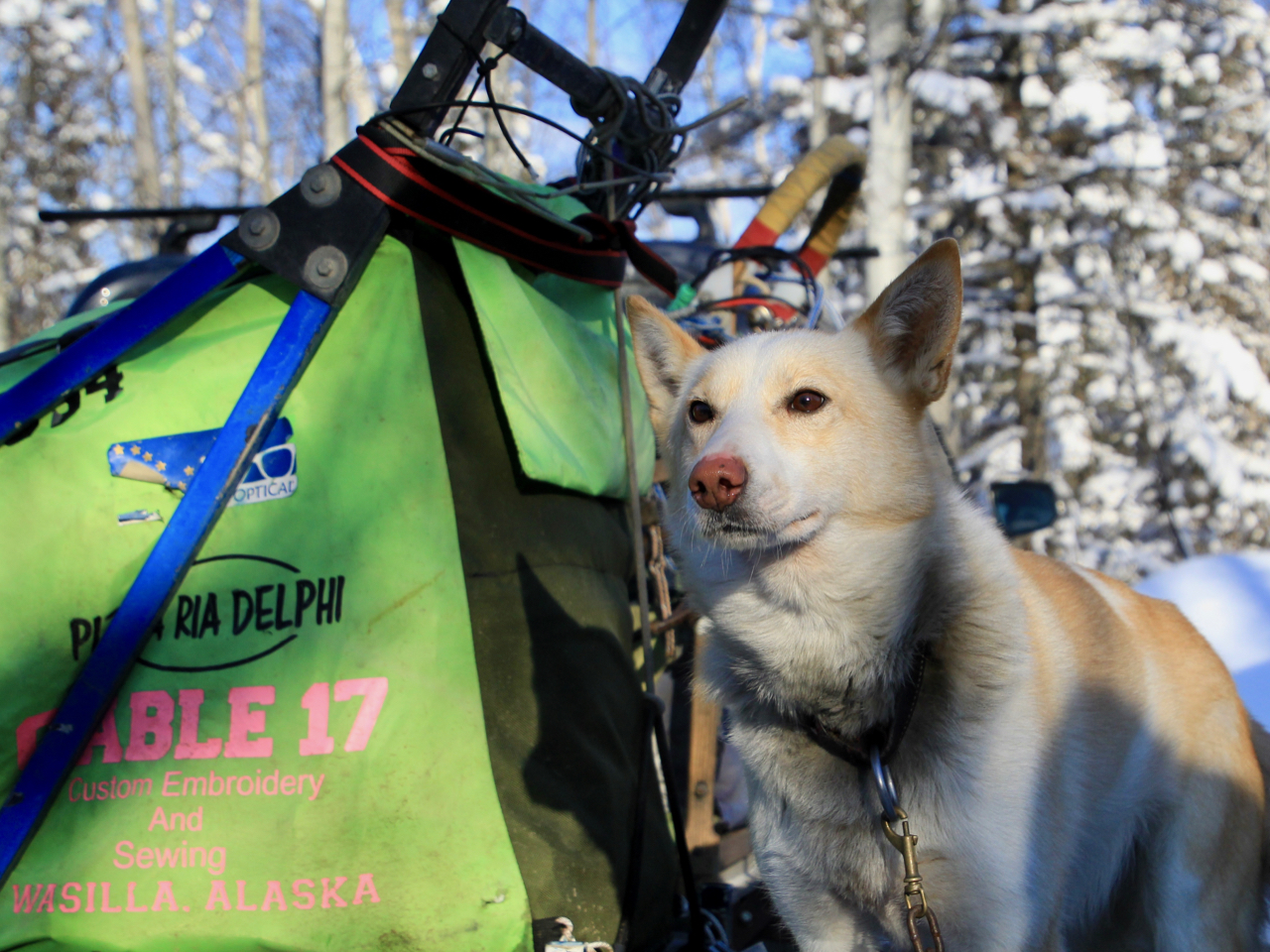 It’s a great day to be a sled dog!

The weather looks pleasant with highs in the mid 20’s, variable winds at 10 mph and the possibility of light snow for the 10:00 start.  Thousands of fans will converge along the 11-mile trail to enjoy Iditarod traditions complete with grilling reindeer sausage and hotdogs as well as handing muffins and other goodies out to the mushers as the pass on by.  There will be many high fives between mushers and fans.  The dogs are the celebrities and enjoy the hype and cheering just as much as the mushers and Iditariders. 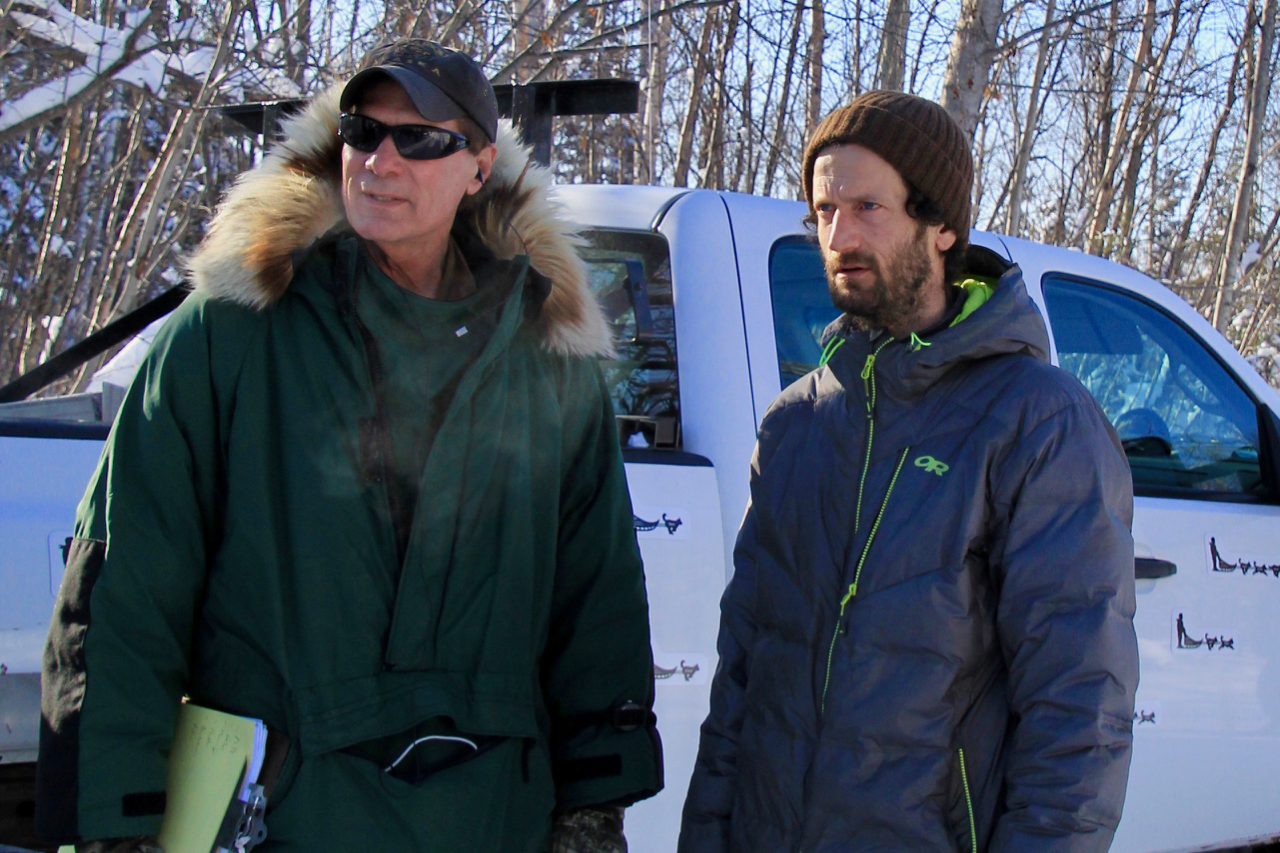 Twelve and forty-five are popular numbers.  There are 12 women and 45 men in the field for 2020 and there are 12 rookies and forty-five veterans.  Five former champions are seeking yet another victory.  Jeff King will be sitting this one out due to recent surgery and has passed his team to apprentice Sean Underwood.

Mushers are from five countries.  Flags representing the United States, Canada, Norway, Italy and Denmark will be suspended with the start banner above 4th Avenue in Anchorage and also in Nome.  Jim Lanier is the oldest musher at the age of 79.  Laure Neese is the youngest at 23 years old.  With this race, Lanier will have run Iditarod in six decades.  Neese is a veteran of the Yukon Quest and Iditarod as is Lanier. 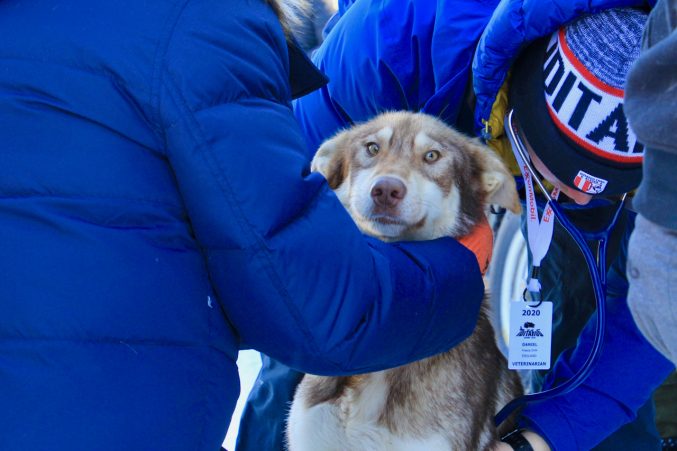 Wednesday was Vet check at Iditarod Headquarters in Wasilla.  Arriving mushers are met by teams of veterinarians who check the dogs from head to toe – heart, hydration, attitude, appetite, weight, legs and lungs (HAW&L).  The athletes have already gone through blood work and EKG’s.  It’s only the healthiest of the healthy dogs that participate in The Last Great Race®. 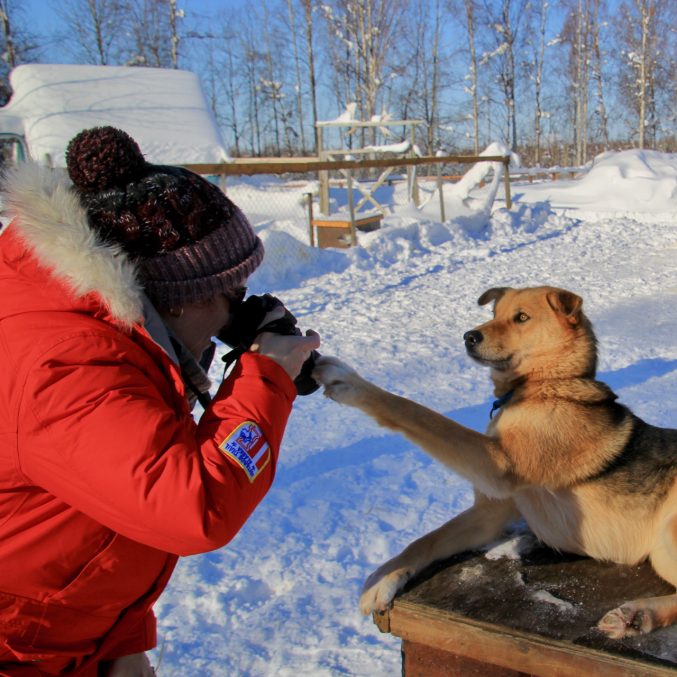 Enjoy these photos taken at Vet Check and at Matthew Failor’s 17th Dog.  Stay tuned for more photos and stories from the Ceremonial Start.