Eye on the Trail: Peck, Kaduce & Diehl in Koyuk

While front runners Brent Sass and Dallas Seavey rest in White Mountain, there are eight fellows with dog teams resting in Koyuk, 94-miles back down the trail.  There’s quite a distance between the front runners and the rest of the top 10.  But really there’s nothing that says one of the teams that’s traversing Norton Sound right now won’t challenge for a spot in the top ten. 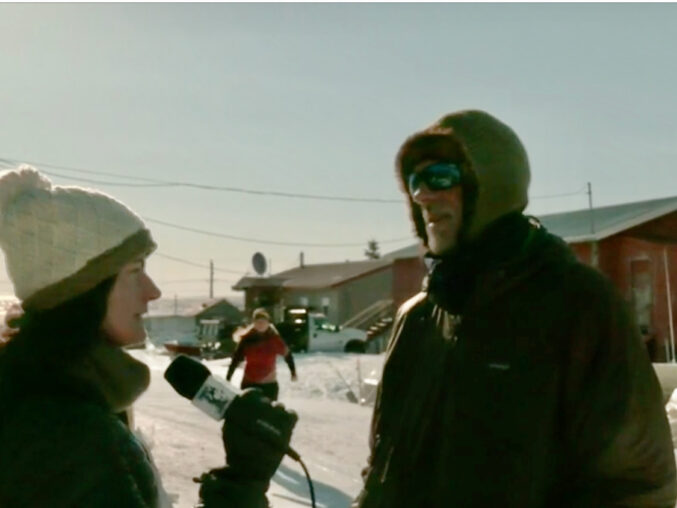 Dan Kaduce grew up in Wisconsin about 12 miles away from where I live.  His family is still there and they are all about Iditarod.  Kaduce began his Iditarod career in 2010.  Finishing in 21st place with a time of 10 days, 0 hours and 50 minutes earned him Rookie of the Year honors.  He ran again in 2014 earning 31st place.  On the Gold Trail Loop of 2021, Dan had the fastest time of the top 20 mushers from Skwentna to Deshka Landing.  He covered the 67 miles in 7 hours and 40 minutes.  Hal Hanson, 2021 rookie was Dan’s closest challenger with a time of 7 hours and 41 minutes.  Dan finished the Gold Trail Loop in 16th place with a time of 8 days, 14 hours and 33 minutes.

In an interview with Insider Liz (Raines) Failor, Dan told of the special cargo he had in his sled.  He was carrying the ashes of Iditarod volunteer and Takotna school teacher Susan Smith.  During a beautiful snow fall he ceremonially spread her ashes near Takotna and said he was very honored to do that for her family.

Dan has all 14 of his dogs still in harness and is the only musher this year who can say that.  Twelve of the 14 dogs are from his 2021 team.  The other two are litter mates so they gel very well.  He says they all live in a big pen together so they are really a family.

Kaduce said it was a great relief to get to Koyuk after the winds of Shaktoolik.  The winds died down overnight so crossing the Sound was better than expected.  He added that his dogs don’t usually like ice but they were just tired enough that they ran smooth and did very well.  They don’t have to pull hard on ice. 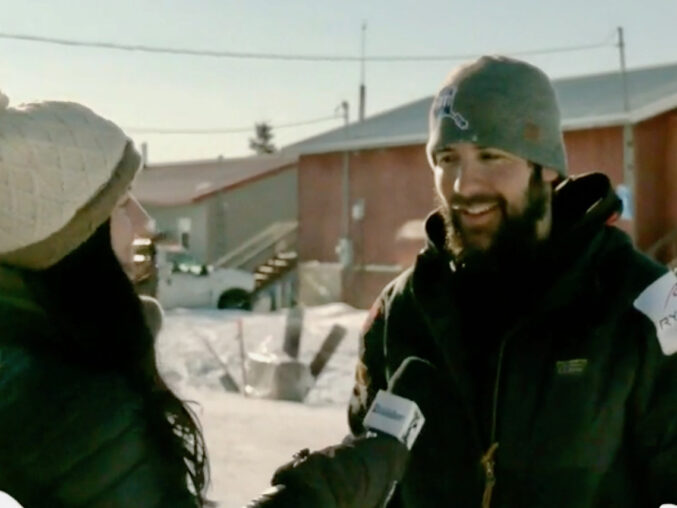 When interviewed in Koyuk by Insider, Richie Diehl said his team was doing awesome.  The wind was blowing at about 35 mph in Shaktoolik with reports that it was even windier on the ice.  So he decided to sit it out.  He said that crossing the Sound today was really nice.  He said that there was still wind but it was one of the nicest runs I’ve had to Koyuk.  His team is made up of two year veterans of the race.  He called them a solid seasoned crew and he’s looking forward to the run to White Mountain.  He told Liz that during the race he’s been enjoying his favorite food, his mother’s pizza.

Richie has completed eight of nine Iditarod attempts.  He’s been honored as most improved musher and received the Herbie Nayokpuk award.  Richie, who is from Aniak, ran his first Iditarod in 2013, finishing in 36th place.  He’s been an annual participant since then and has two top 10 finishes.  Richie enjoys going for boat and snowmachine rides with his wife, Emerie.  Winning the Kusko 300 in 2021 is his greatest accomplishment in mushing. 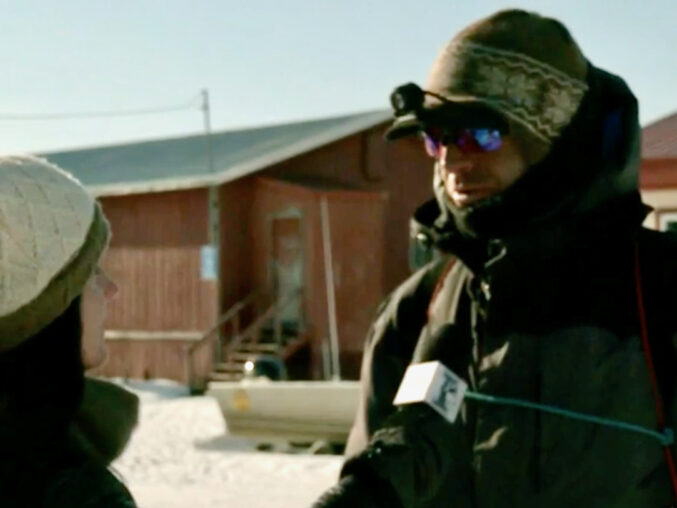 Aaron Peck Talked With Insider in Koyuk (Photo by Insider)

Arron Peck, also a Herbie Nayokpuk award recipient, has finished 6 of 8 Iditarod attempts.  Peck has a top 20 finish and may be looking at a top ten if he holds his position for the final 171 miles from Koyuk.  The Peck family owns and operates Elevation Sled Dog Adventures and Elevation Dogs Boarding and Training Center near Grand Prairie, Alberta, Canada.

He expressed relief at getting across Norton Sound when he spoke with Liz (Raines) Failor.  He described the winds at Shaktoolik as brutal.  After leaving Shak, he stopped at the shelter cabin and when the winds backed off he made the rest of the crossing.  He has seven dogs in harness and they are all doing awesome.  Peck says he doesn’t sleep much in the checkpoints, he says he just rests and checks his watch every half hour.  His favorite trail food is steak and pasta that his wife makes.

Tomorrow will be a busy day for White Mountain as mushers flow in from Koyuk to take the 8 hour mandatory rest.  Very early tomorrow morning, Nome will welcome the Champion of the 50th Iditarod.  I’m hoping Mother Nature is kind to all!