Back of the pack making their way to Unalakleet

The story I’ve heard from every musher over and over again this year has been “the trail has been awful”. Last year I had a horrid run from Eagle Island (which was only a hospitality stop because supplies couldn’t get flown in), lost on the Yukon River in the middle of a snow storm, feeling dejected until I took a good long rest. The mushers at the back of the pack have been doing that on these runs into Unalakleet – resting long and running short to build both the mushers’ and teams’ mental health back to ideal. The final four mushers are making their way into Unalakleet, and the group of mushers in front of them are resting here before heading to Shaktoolik. 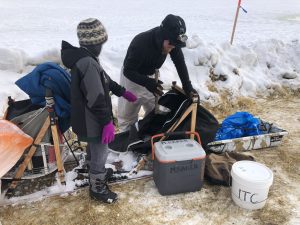 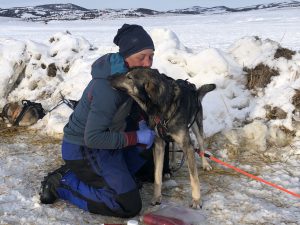