Eye on the Jr. – Meet the Rookies 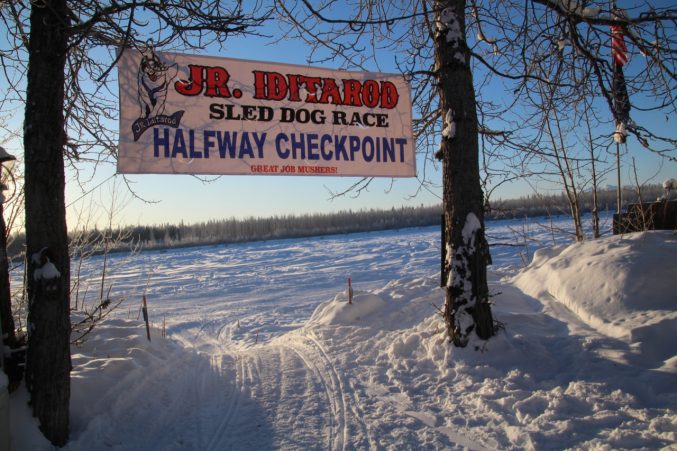 The Jr. Iditarod is in its 43rd year.  The nine contestants bring a wide variety of mushing experience to the stating line. Some come from mushing families and others have connected with a mushing family to learn the sport.   There are four veterans who all completed their rookie run in 2019.  There are five rookies who intend to gain veteran status by the time the Sunday evening Jr. Iditarod Celebration of Success rolls around.

Kristal Hanson, age 15, is the youngest 2020 Jr. Iditarod contestant.  She began running dogs this year but mushing is not new to her family.  As a teenager, her father ran the Jr. Iditarod four times.  Kristal is a sophomore at West Anchorage High School.  She plays hockey and is in the Spanish Immersion Program.  When summer rolls around, Kristal likes to fish and explore Alaska with her family.  Hanson is sponsored by Owl Creek Kennel and Jason and Melissa (Owens) Stewart

Sam Paperman, age 16, grew up across the road from Iditarod Veteran Travis Beals.  Paperman continually found his way over to Beals’ kennel to help with chores and learn about dogs.  Eventually that led to standing on the sled runners and running dogs.  Sam likes downhill biking and skiing and as a junior at Seward High School, he participates in cross country running, Nordic skiing and track.  His career path could lead him to the military or paramedic school.

Julia Cross, age 17, is from Thunder Bay, Ontario.  Cross is one of only 7 foreign mushers to ever compete in the Jr. Iditarod.  Julia confesses that she’s obsessed with dogs and loves mushing because of the opportunity to work with the incredible canine athletes.  Cross is a dog trainer and competes in agility trials.  Julia’s love for dogs was perhaps inherited from her great-great uncle who delivered mail by dog team in Thunder Bay in the 1800’s.  She’s a senior at Hammarskjold High School and plans on attending veterinary school.  Cross is working with Ryan Redington.

Calvin Daugherty, age 17, is a junior at Chugiak High School.  He’s mushed for five years ever since helping his father train for the Iditarod.  Larry, Calvin’s father, has completed the Iditarod three times.  Daugherty is a varsity wrestler and enjoys ice climbing, rock climbing and mountaineering.  He and his father share common passions in mushing and mountain climbing.  After graduating high school, Calvin hopes to attend Westpoint Military Academy.

Nicholas Sousa, age 17, of Talkeetna, Alaska began mushing before he turned five.  His father, Gerald Sousa, has completed Iditarod eleven times between 2002 and 2015.  Nicholas is a senior in the Galena Home School program.  Along with mushing, Sousa enjoys skiing and mixed martial arts for which his hold a state championship.  Nicholas enjoys electrical engineering projects as well as programming.

The 43rd Jr. Iditarod will begin on Saturday, February 29th at 10:00 am on Knik Lake at mile 13.5 of Knik-Goose Bay Road.  Follow the race through GPS tracker at www.jriditarod.com.