Eye on the Trail: Aaron Peck, Charley Bejna and Michi Konno in Nome

Aaron Peck, Charley Bejna and Michi Konno made Nome in the early hours of Friday March 15th to complete Iditarod XLVII.  The trio greeted by fans and family drove down Front Street with snow falling and winds blowing – the norm for Nome in 2019.  Peck left Grayling with 7 dogs in harness, returned a dog in White Mountain and finished in Nome with 6 dogs.  His management of the race with a small dog team is an outstanding accomplishment. 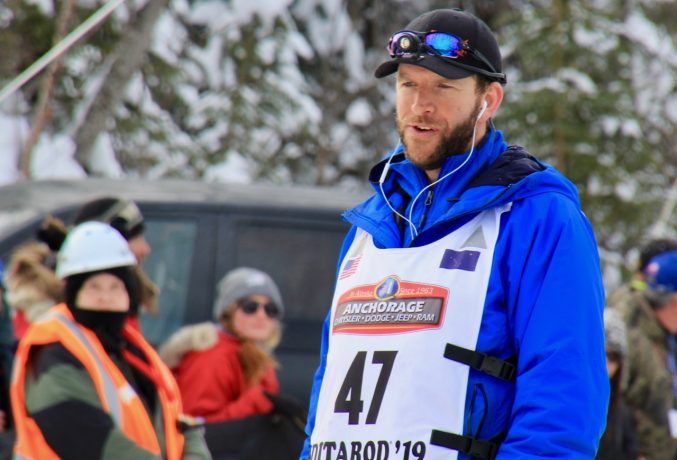 Aaron Peck has completed his 6th Iditarod in 7 starts.  Taking 23rd place, Peck improved his previous best finish by eleven places, covering the 998 miles to Nome in 11 days, 12 hours and 10 minutes. Aaron became hooked on Iditarod at the age of 13.  Thanks to ABC’s Wide World of Sports he was able to watch Susan Butcher winning the Iditarod.  Love for dogs, love for winter and desire for adventure suited Aaron well for the sport of mushing.

Soon a team of older sled dogs joined the other animals on the Peck family farm.  In his late teen years, Aaron ran races around Ontario. Looking back, Aaron thanks his sled dogs for keeping him out of trouble and teaching him to focus on setting and achieving goals.  At the age of 18, Peck moved to Alaska to apprentice with Martin Buser.  After two years of working with Buser, Peck ran his first Iditarod.  While on the runners during that race, Peck began thinking about establishing his own kennel.  Five years later, he ran Iditarod with his own dog team. 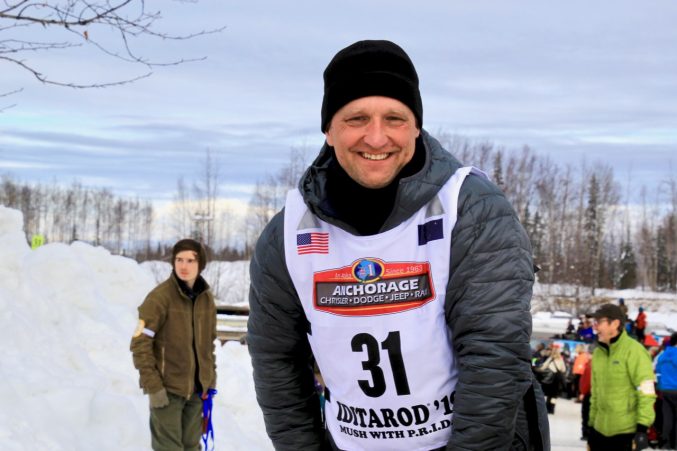 Charley describes himself as an adventurer who lives in Addison, Illinois and owns a landscape company. Charley is a role model in his everyday life and in his Iditarod life.  Bejna is been an insulin pump dependent Type 1 Diabetic for 18 years.  He says, “Managing my diabetes on a daily basis is definitely a challenge.  I am entering the 2019 Iditarod to enjoy the race, spend time with my dogs and see the beauty that Alaska has to offer.  As a Type 1 Diabetic, I want to show other diabetics that you can still live a normal life, even with diabetes, al long as you take care of yourself to the best of your ability.”    Charley progression to running Iditarod started in 2006 when he came to Iditarod as a fan at the Ceremonial Start.  In 2007 he was an Idita-rider with Bruce Linton, another Type 1 Diabetic.   He took a job handling for GB Jones, rode GB’s tag sled and now has finished in Nome for the sixth time.  Charley is a great inspiration for all on where determination, diligence and perseverance can take you. 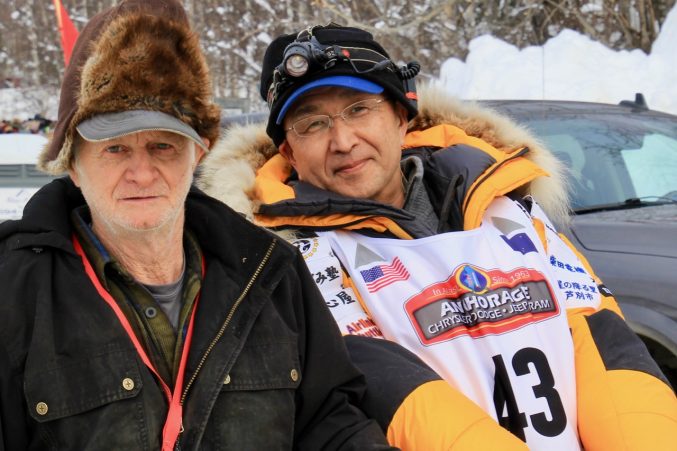 His rookie run in 2018 was a great coincidence as his mentor, Joee Redington, was the honorary musher.  When Michi was a younger man doing sprint races, Joee along with Joe Sr. encouraged him to race Iditarod and it came together in 2018 as if Michi was himself honoring Joee.

Michi is a picture of color on the trail with his bright yellow sled bag and even brighter yellow coat.