Eye on the Trail: Anja Radano Happy to see Nome 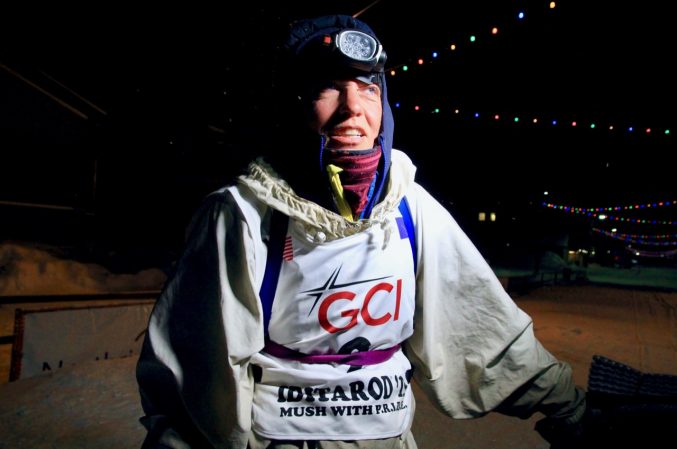 Anja Radano Talks About the Trail From White Mountain

With 10 spirited dogs in harness, Anja made the Burled Arch at 7:53 on Sunday March 17th. She snacked her dogs, not with corned beef and cabbage but with frozen meat and fat. Anja was happy to be in Nome and said the race was much more difficult than last year.  On the way in from White Mountain, Radano was dealing with wind in her face and drifted trail.  She said they were breaking trail the whole way and the parts of the trail that were next to the sea were most difficult. 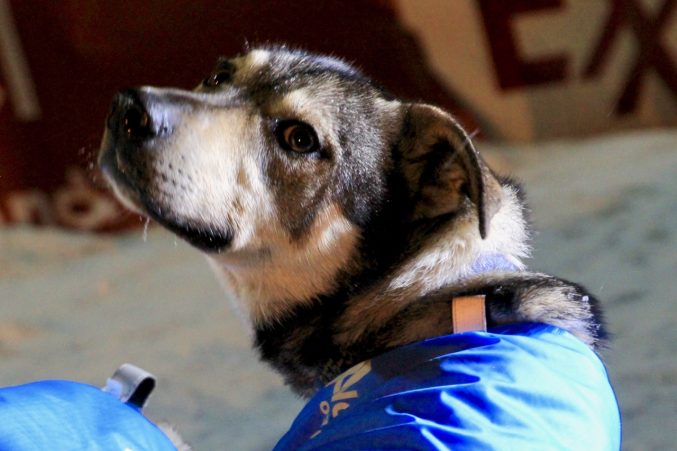 Here She Comes With our SNACKS!

Anja had to adjust her race after crashing in the Dalzell Gorge.  She broke a rib and injured her leg. Radano adapted by resting more and taking it a little slower than she’d expected.   As usual, Anja wore a big smile and was eager to share stories about her run. 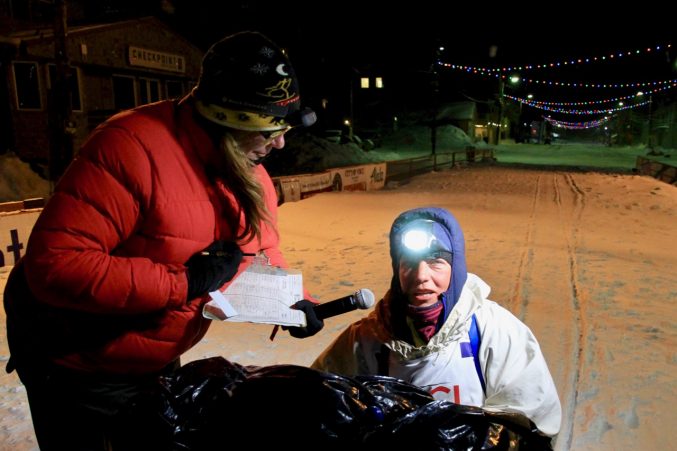 Anja was born and raised in a village near Munich, Germany.  She earned her degree in nursing and worked in the profession for 10 years.  But then, after a visit to Alaska, she fell in love with the state and all it had to offer.  She returned a year later to begin her mushing career as a handler for Melanie Gould.  Within four years, Anja started her own kennel, training and breeding dogs from a variety of bloodlines.  Early on, Radano focused on mid-distance racing then decided to pursue her Iditarod dream.  After arriving in the United States, Anja went to vet tech school and is working as a licensed veterinary technician in Talkeetna where she lives. 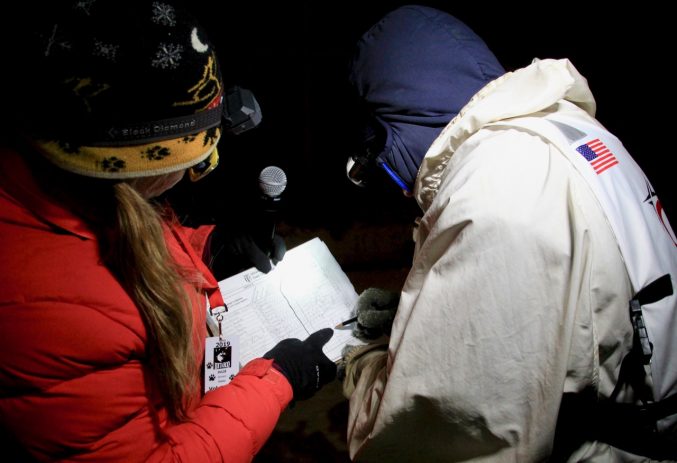 Radano Signs in as the 35th Musher in Nome