Eye on the Trail: Beals, Hall and Buser at Deshka 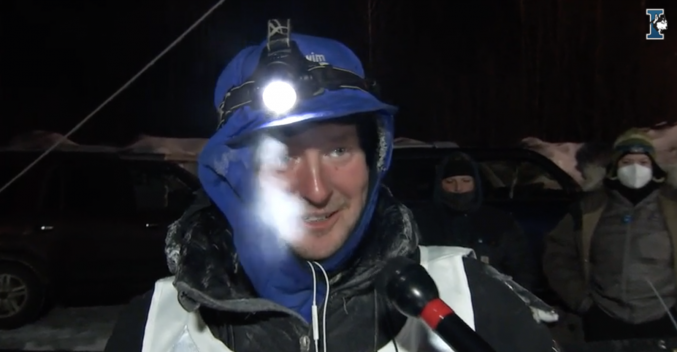 Travis Beals Was Held Up By a Moose (Insider Video)

Travis Beals placed 25th in his 8th running of Iditarod.  Beals is 8 for 8 in his Iditarod career with 3 top 10 finishes and a personal best of 5th place.  In 2015 he was honored as the Most Improved Musher raising his previous finish of 37th to 11th place.  Travis was born and raised in Seward, Alaska.  He pretty much grew up in a dog sled.  His mother trained sled dogs and didn’t want to leave him behind so she put him in a car seat inside the sled and took him along on training runs.  At the young age of 15, Beals established his own kennel.  He is a veteran of the Jr. Iditarod and many Mid-distance races.

His handlers at Deshka expected him to arrive a bit sooner but Travis was held up by a moose that wouldn’t give up the trail.  In spite of the delay, Beals posted a 7 hour 10 minute run from Skwentna to Deshka.  Had Travis finished in the top 20 he would have been a contender for the Nome Kennel Club Award that went to Dan Kaduce who finished in 16th with a 7 hour 40 minute run.

Beals said it was a blast to see the Gorge, the Steps and the trail from the opposite direction.  Travis was expecting a different race and better finish but he had to go into relax mode when his dogs picked up a bug.  He took an extra 24-hour rest along the way to let the dogs restore their attitude and appetite.  “After all,” said Beals, “That’s what we do when we don’t feel good, we lay on the couch.” 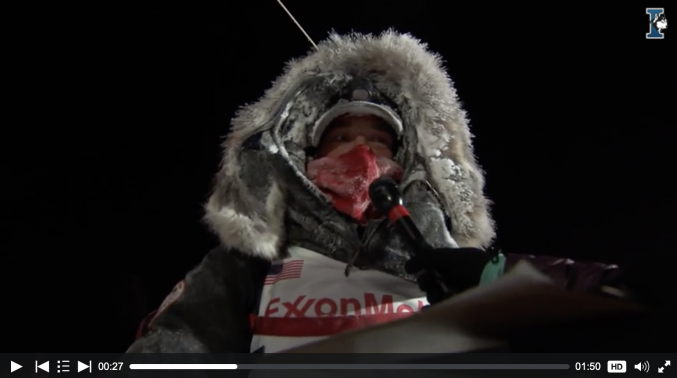 Former Yukon Quest champion, Matt Hall, finished his third Iditarod run in 26th place.  Matt has completed all three of his Iditarod starts with one top 10 finish and a personal best of 6th place.  Matt has been mushing since the tender age of two.  He grew up on the Yukon River and worked a trap line with his sled dogs.  He also guided for Bush Alaska Expeditions, a company owned by his parents.  Matt established Smokin’ Ace Kennel near Two Rivers, Alaska.  He lives an off the grid life style using his family of 35 Alaskan huskies to haul water and firewood.

Matt enjoyed the trail saying it was super-super fast, snow covered, hard packed and didn’t have too much overflow.  The cold temperatures, quite a surprise after it being 30 degrees for the start, made it feel like home or racing in the Yukon Quest.  Matt praised Cougar for being an outstanding team dog that does her job so well she’s almost invisible.  A 3-year-old leader, Dyea, was a true rock star. 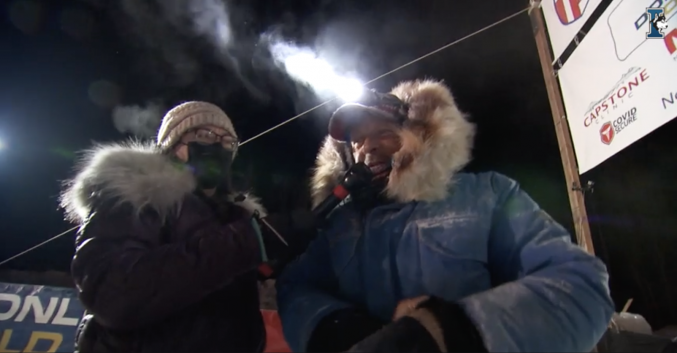 Martin Buser has just completed his 38th out of 38 Iditarod runs in 27th place.  It wasn’t the race Buser expected to have.  When his hands turned a “bizarre Halloween joke sort of white,” he decided to change his race plan to protect his dogs and himself.  The circulation returned to his hands but as a precaution he chose to make the distance between Ophir and Iditarod in one long run rather than the two he had planned and trained for.  So if his hands “went off line again” there would be other mushers around to help him with dog care. His dogs were used to shorter runs of 50 – 60 miles so the two longer runs slowed their performance for the rest of the race.

When asked if cold affects the dogs Martin said that sled dogs are the hardiest animals on earth.  Cold for them is not an issue because they have adapted to cold and we have food, gear and protection for them.

Martin related a story about the Buser family’s DORATIDI expedition of twenty years ago.  Martin, Cathy and their two sons retraced the race route for Nome to home in Big Lake.  When Cathy wrote a story about running the Iditarod trail in reverse, she called it DORITIDI which is Iditarod spelled backwards.  So Martin said running the reverse route this year reminded him of their family adventure and it was a meaningful time of thinking about cherished memories from that trip.

Buser is a four time Iditarod Champion who has shared his skills and knowledge with a number of young aspiring mushers through his apprentice program at Happy Trails Kennel.  About his 2021 race Buser said,  “I have a great team of dogs.  They have a decent owner, a pretty good trainer but a miserable racer.”