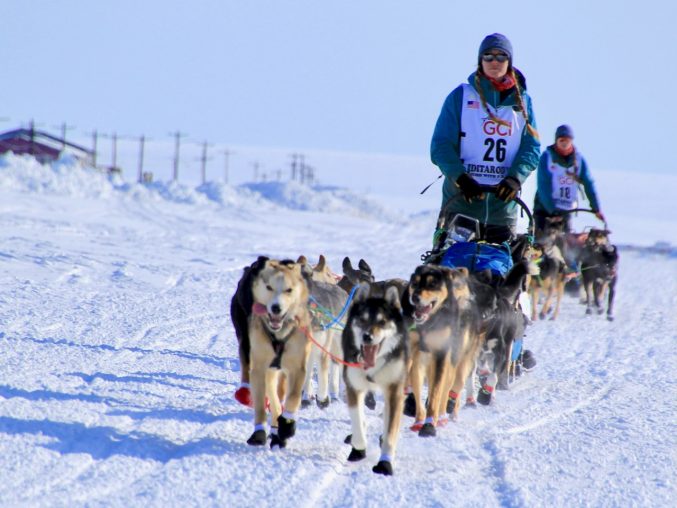 Seeing Double is exactly who they are – together Kristy and Anna Berington own/operate Seeing Double Sled Dog Racing.  With their finish this afternoon, Iditarod has 5 women who have finished in the top twenty mushers, actually top seventeen mushers.

Kristy made the arch one-minute before Anna.  They completed their run from Willow to Nome in 10 days, 23 hours and 4 minutes (5 minutes). The Twins have done the race together since 2012.  Kristy has 10 starts and 10 finishes.  Anna has 8 starts and 8 finishes.  Today they are moving up the finish ladder from 29thand 22ndposition respectively. 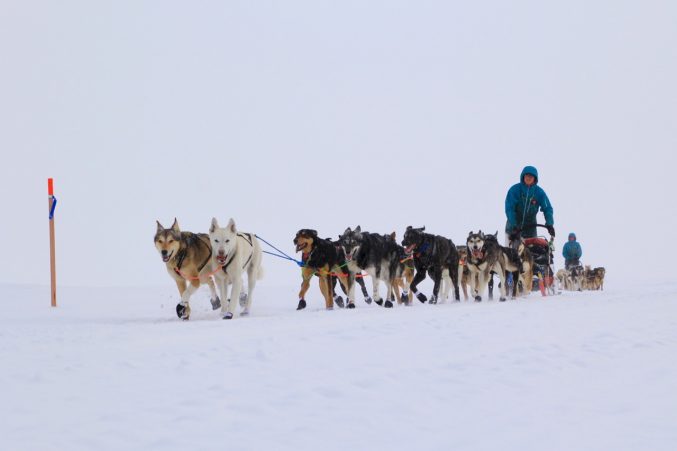 Kristy and Anna have been mushing since they were nine years old.  They put together a make-shift sled and hooked up two large pet dogs and they were off mushing near their home in northern Wisconsin.  Later they worked for a neighbor musher using real sled dogs and real sleds.  They gave tourist rides in the Sierra Nevada’s then came to Alaska to train with Iditarod Champion Dean Osmar.

The twins love endurance sports and like their sled dogs are ultra-athletes.  Kristy’s sled dog racing resume is slightly larger than Anna’s. Kristy has raced all over Alaska and into Canada competing in the Yukon Quest, Kusko 300 and Copper Basin 300 to name only a few.  Kristy says, “Anna and I are always in friendly competition.  I’m so proud of her in her mushing and athletic career and being a part of it all with her is amazing.” 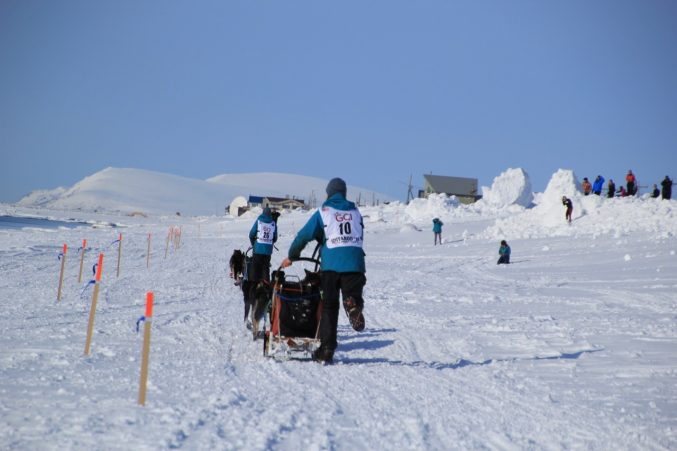 Beringtons Head off the Bering Sea Beach onto Front Street

When asked about the race by the Insider Crew, Anna said the race had everything except cold weather. It was wet, warm, long, hard – an ultimate test of endurance and mental toughness for musher and dogs.

Kristy explained their goal of staying in the checkpoints less and camping between checkpoints more to the Insider Crew.  She said it was fun trying something new.  It was also our goal to be in the top twenty.  It feels really good to be here and accomplish our goals.