Eye on the Trail: Burmeister and Sass Improve 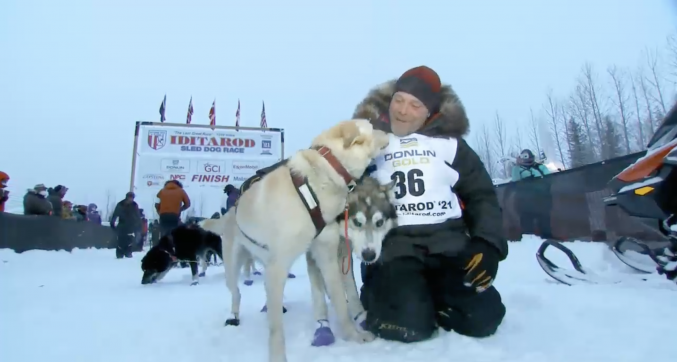 Burmeister and Sass were in position to challenge 2021 Champion Dallas Seavey upon leaving the Nikolai checkpoint inbound.  Seavey, a master strategist of the race set himself up for resting at Rainy Pass then having a 70 mile run to Skwentna for the final 8-hour required rest.  Both of his challengers found themselves in the position of having to make a 100-mile run from Rohn to Skwentna in order to trim the lead Seavey had established.  Burmeister came very close to overtaking Seavey out of Finger Lake.

Aaron ran his first Iditarod in 1994 at the age of 18.  Living in Nome, it was the Burmeister way of life.  Aaron’s father, Richard completed Iditarod in 1979 and ’82.  Aaron has completed has twentieth race with seven top 10 finishes since placing 7th in 2009.  Noah, Aaron’s brother has completed 4 Iditarod runs.  Aaron is a veteran of the Jr. Iditarod running from 1990 to 1993. 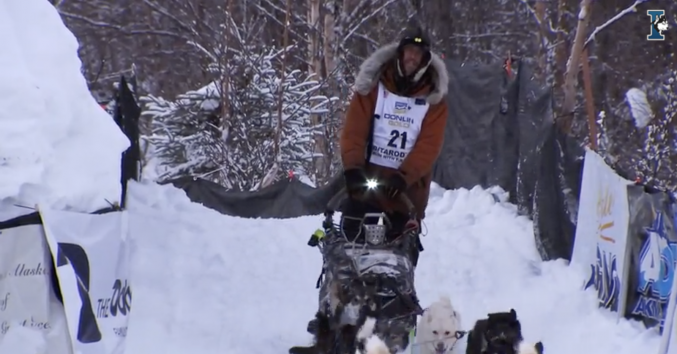 Brent Sass was born and raised in Minnesota but has lived in Alaska for more than 20 years. When Brent came to Alaska, he was a student at UAF and skied on their Nordic team.  A neighbor had sled dogs and Brent decided he’d like to give that a go.  He was fortunate to work for Susan Butcher and David Monson to learn the sport and kennel operation.  Sass lives in Eureka because of the exceptional trails.  He is a three time Yukon Quest Champion and has been honored with the Quest Vet’s Choice award twice.

Based on run times of this morning’s three finishers, the run for the next finishers from Skwentna will take around 10 hours.  Wade Marrs left Skwentna at 03:42 and Ramey Smyth left at 07:23.  Porsild, Petit, Redington, Diehl, Ulsom and Phillips are sandwiched between.  Beginning in the early afternoon of Monday, the un-burled arch at Deshka is going to be a very busy location as it welcomes the next eight of eleven finishers.

Aaron told Insider his race was good but not quite good enough.  He said it (Iditarod) is not just a race but it’s an event, it’s a life style.  It’s something he loves.  He also said it was a different challenge and he missed the interaction with villagers which is one of his favorite parts of the Iditarod.  Burmeister said, “It was an honor to be a part of an event that took place this year.”  Dallas Seavey came to the arch to congratulate Burmeister and they talked about how it seemed more like a training run than a race.  It began to feel like a race for both of men at Nikolai.

In his Insider interview, Brent praised the work of the trail breakers.  The depth of snow going out to Iditarod from Ophir was described as eye brow height.  Sass said he left Ophir not knowing the trail conditions out to Iditarod but the trail breakers had done an awesome job making a trench to run through.  The same way with the Dalzell Gorge, Sass said the gorge was actually enjoyable thanks to bridges laid down by the trail crews.  Mother Nature contributed to good trail conditions with the cold weather for setting the trail up and providing fresh snow for the return through the Burn.  Sass was proud of his dogs.  He’s happy with 3rd place finish because there was no playbook.  He plans to keep moving up.