Eye on the Trail: Eleven into Nome 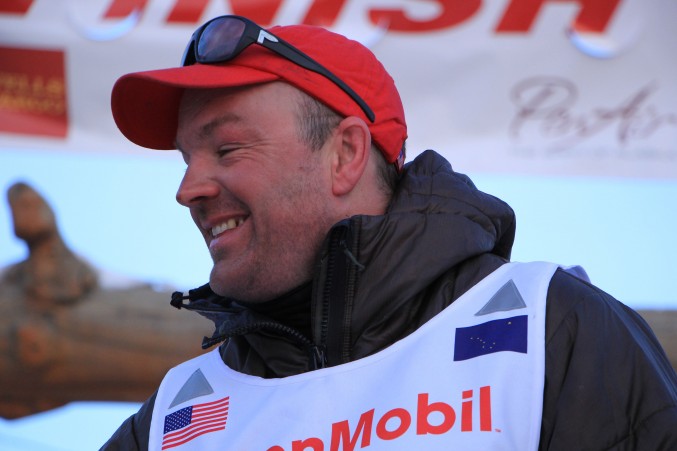 Ken Anderson, NIcolas Petit and Travis Beals finished off the first eleven mushers who completed Iditarod XLIII on March 18th.  It was a sunny warm day in Nome with clear skies.  Other spots on the trail, it was down right nasty.  Teams were holed up in Shaktoolik while the winds howled and wiped visibility down to near zero.  Other teams were encouraged to hold up in Unalakleet because there were so many teams sitting out the storm in Shaktoolik, parking was at a premium.  The First portion of the trail from Kaltag to Unalakleet was drifted over with blowing snow which made for very slow going.  Looking at the GPS tracker, no one was traveling between Shaktoolik and Koyuk and no one was traveling between Unalakleet and Shaktoolik.  Visibility has improved and now later in the evening, teams are moving out of both Unalakleet and Shaktoolik. 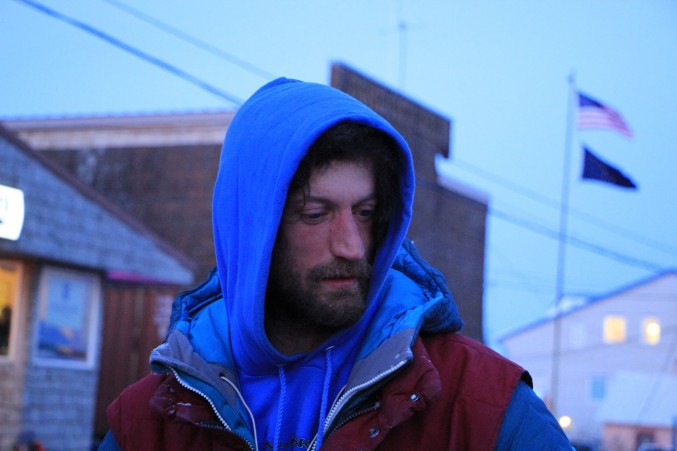 Ken Anderson brought his dogs onto Front street and into the chute to be treated by his six year old son and his wife.  The little guy ran down the chute to meet his dad and rode to the burled arch with Ken.  Clearly this youngster has been on a sled before.  This is Ken’s fifteenth Iditarod.  He’s finished in the top twenty on all but his rookie run.  Growing up in Minnesota, Ken’s family had a recreational dog team so he’s been mushing for most of his life.  What brought him him to Iditarod was a book.  His father gave him a book on the Last Great Race.  From the time he read about Iditarod, he’s wanted to run the race.  Now Ken and his wife Gwen Holdman, also an Iditarod veteran, live in Fairbanks with their six year old twins and four year old daughter.  Ken’s team looked great coming into the chute.  Team Anderson covered the trail in 9 days 10 hour and 38 minutes.  Ken adds to his collection of top ten finishes with the 2015 race, bringing his total to six.     He’s finished twelfth for the past three years.  His best finishes were in 2008 and 2010, placing fourth.  Back in 2003, the only other year the race start has been moved to Fairbanks, Ken placed 5th.  Ken’s wife earned her Iditarod finishers belt buckle in 2001 when she finished in 30th place.

Nicolas Petit rounds out the top ten here in Nome.  The Petit team covers a wide age span, some yearlings, some dogs entering their prime and others with plenty of race experience and well into their prime.  Nicolas is noted for his calm demeanor that carries over to training his dogs.  With today’s finish, Nick has made the top ten twice is his Iditarod career.  His highest finish was 6th in 2013 with a time of 9 days 11 hours and 39 minutes.  He bested that time today by 20 minutes, running 9 days 11 hours 19 minutes.  He’s recently earned 4th and 2nd place finishes in the Copper Basin and he won the Aurora Basis 50/50.  Petit’s time from Safety to Nome was 2 hours 31 minutes.

Travis Beals of Seward was the final musher of the day placing 11th with a time of 9 days 13 hours and 18 minutes.  Beals had made the trip to Nome in 2013 and 2014 placing 37th both time.  With this finish, he’s improved by 31 places.  Travis along with his kennel partner, Sarah Stokey, operate a tour business and Turning Heads Kennel.  Beals was very animated when he talked about coming through the blow hole prior to making Safety.  He said he was leaning into the wind to stay upright then he notices his dogs were also leaning into he wind.  When there’d be a gap in the wind, they’d almost fall over.  Then they’d need to lean right back into the wind to stay upright and keep going. 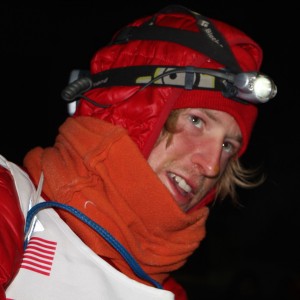 Leaning into the wind 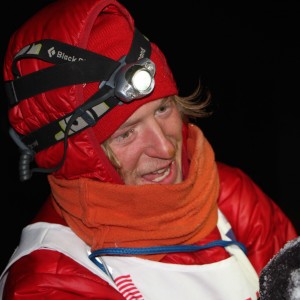 and leaning into the wind some more