Eye on the Trail: Evening of St. Patrick’s Day in UNK 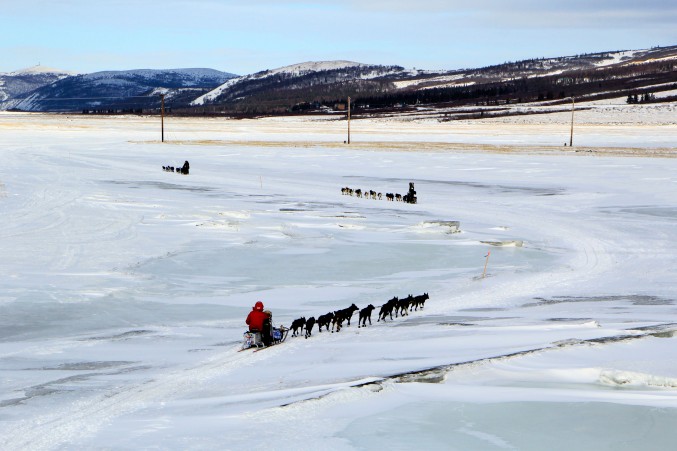 Traffic has ebbed and flowed in the checkpoint all day.  There was a major exodus just before several teams rolled in.  Scott Janssen, Lance Mackey and Jason Mackey all decided to boot and pull out together.  About a half mile from the checkpoint, the teams pass under the Kouwegok Bridge.  It’s a nice walk up there but the timing is often tough.  I walked up there when Lance, Jason and Scott began booting their dogs.  It was an hour later that the three teams left the checkpoint and passed under the bridge.  The shot was worth waiting for and I’m glad the winds have died down and the temperatures have risen.

Allen Moore is here in Unalakleet and hasn’t been able to keep up to date on the front of the pack.  Allen is running the “SP” puppy team.  After finishing his dog duties, Allen cam into the checkpoint and read the most recent stat sheet race comms could provide.  First he said, “Wow.”  Then he said, “Wow.”  The first was probably addressing the lead Dallas Seavey has sitting in White Mountain.  The second “Wow” might have been seeing Aliy is out of Elim and in 5th place.  Allen’s young dogs were quick to bed down.  The two pictured below must be very best friends. 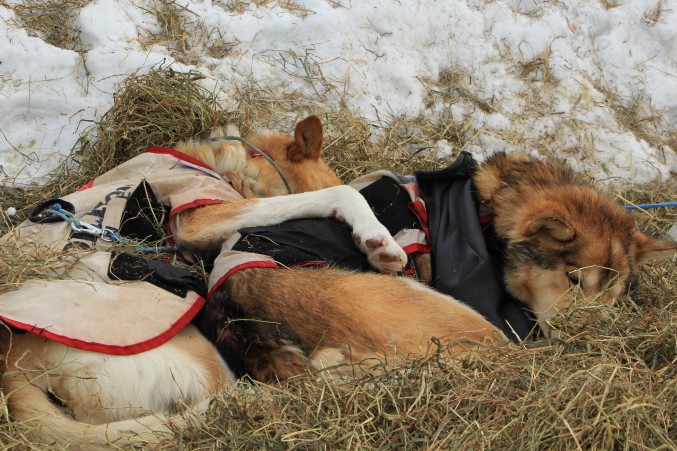 When I returned from he bridge, Matt Failor had come into the checkpoint.  He’s very photogenic.  I have a very similar photo from two years ago – big smile while massaging wrists.  Matt was very happy with his team.  Looking at the current stats, he’s decided to rest a couple of hours then shoot right through Shaktoolik to Koyuk. He figures to catch a few teams on the way.  First though before his nap, there were four Peace on Earth Pizzas waiting for him in the checkpoint. As a perfect host, Matt opened the boxes and put the pizzas out for the locals, volunteers and mushers to enjoy.  Matt sends a big thank you to Nicole Sopkins and Family.  Nicole and family sponsor one of Matt’s dogs, Two-Face.  Two-Face is looking good here in Unalakleet and so are Fuse and Rebel. 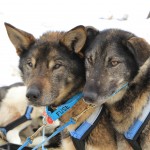 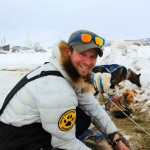 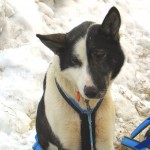 Rick Casillo is also on the slough here resting.  Rick’s kennel carries the name Battle Dawgs.  He’s teamed up with Alaska’s Healing Hearts, an organization serving the battle wounded and battle weary.  Rick is happy to be in Unalakleet and occupy with how his dogs have been running.  With his affiliation with our country’s veterans, it’s not surprising to see camo coats on his canines. 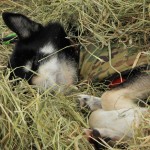 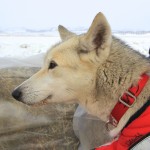 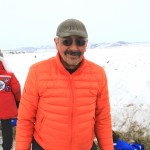 Yvonnie Debakk is in with her predominately Siberian team.  Each dog’s name is written on its collar.  I happened to notice one named Civic.  Yvonne’s husband was standing off to the side, so I asked if that litter of pups was named after Honda cars.  Yes indeed!  Civic has a brother named Prelude.  Mother to Civic and Prelude is Honda.

Three time rookie, Chuck Schaeffer had checked into Unalakleet too.  Schaeffer wore his trademark hat while bedding his dogs down and doing other dog chores.  Schaeffer wasn’t having the run he had planned but with he dogs he has left on his line things are going good. 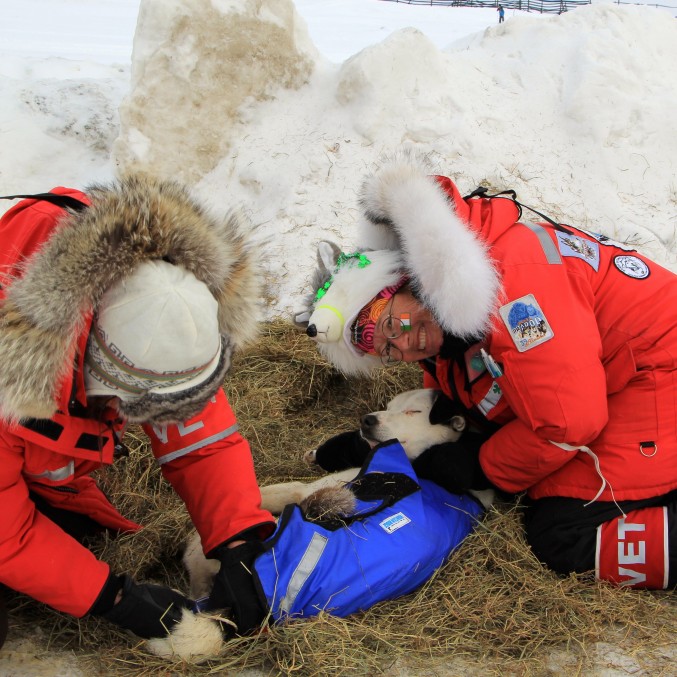 When the teams arrive in a checkpoint they are treated by the vets who first ask the mushers if they have any concerns about their dogs.  Then the vets go to work addressing concerns and examining all the dogs using the HAW& L acronymn.  H = hear and hydration, A = attitude and appetite, W = weight and the L = legs and lungs.  Vets in each checkpoint communicate with vets further down the trail through the vet notebook which is mandatory equipment.