Eye on the Trail: Graduation Ceremony in Nome

If I could be in grade school again, Trent Herbst is the teacher I’d select.  His class room is based on experiential hands on learning.  He uses Iditarod for connecting math and science to real life applications.  Over the years, Trent’s students have built his sled, constructed his snow shoes, calculated caloric needs for his dogs, portioned the dog food, planned Trent’s menu and packed drop bags. 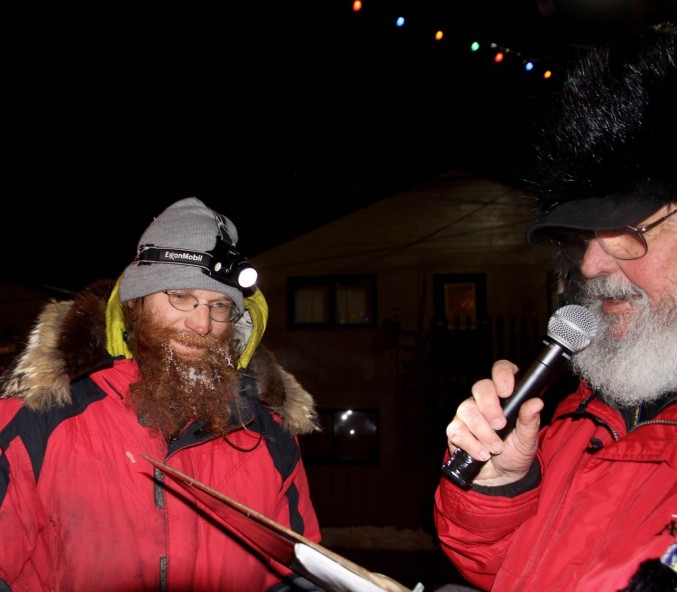 Trent Herbst signs off the trail

One year his students did a snow shoe building project.  They built one extra, very special pair and sent them with Trent to give to George Alberts, a celebrated builder of snow shoes living in the Yukon River Village of Ruby.

Even when on the trail with a dog team, Trent is teaching.  He’s taken the Nature’s Kennel puppy team to Nome multiple years.  Through training prior to the race and in the race itself, the puppies learn the routine of long distance mushing, they learn to camp, they develop the necessary attitude for long distance, they develop trust and they get to know the trail.

When Trent made the arch this morning and set his snow hooks, he first snacked the dogs, praised them and loved them.  He went back and pulled a small ziplock bag of rolled scrolls out of the depths of his sled.  He walked up to most but not all of the dogs and put the scroll just under one of the cross pieces at the shoulder of the harness.  It was a diploma from Herbst Academy for the dogs who had just made their first trip to Nome. 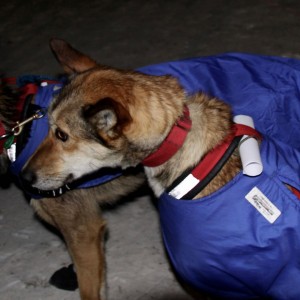 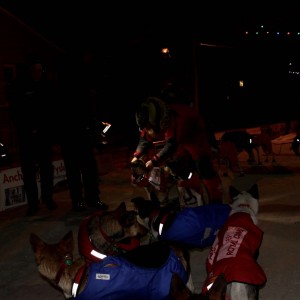 Passing out the Diplomas

The pups started as immature eager youngsters and after 1,000 miles of patient love and coaching they were knowledgeable mature sled dogs who’d had the chance to try and learn new things.  Some had the chance to run up front as leaders while others assumed positions further back on the line.  The experience of an easy paced well coached long distance race is the best schooling available for marathon sled dogs.

Herbst ran his rookie Iditarod in 2006.  Iditarod XLIV marks his 8th trip to Nome.  For the most part he’s the guy who creates the foundation of knowledge for young sled dogs who’ll become racing sled dogs.  In 2011 however, he went to Nome with a racing team to learn “how” to race.  He finished in 25th place that year with a time of 10 days, 12 hours and 16 minutes.