Eye on the Trail: Hal, Larry and Will in Deshka 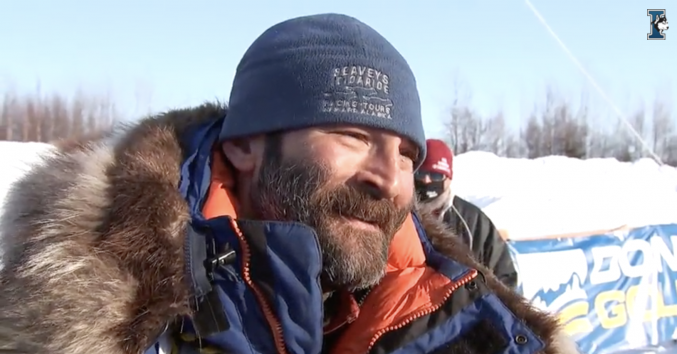 Hal Hanson was resting in SKWM (Skwentna White Mountain) and talked to Liz Raines, Insider’s Back of the Pack reporter.  Throughout that interview Hal kept coming back to not wanting the race to be over.  His dogs were maturing and he was very proud of their growth and development.  His team started the race in kindergartners and finished as high schoolers. They were into a routine of running, feeding and resting.  He felt they could continue for many more miles and checkpoints.

Hal, a former farrier from Oklahoma, was running two-year-olds from Mitch Seavey’s kennel.  The goal for these “puppies” is to experience the trail, grow in skill and have fun doing it. At 17:53 on Wednesday, Hal earned 32nd place with a time of 10 days 2 hours and 53 minutes.  Mission accomplished for Hal and the team.  Mitch Seavey was at the finish to welcome Hal and team.  When asked about future plans to run Iditarod again, Hal was game.

At the finish Hal said he was sad the race was over and Iditarod was tougher than he thought it would be.  Iditarod is no joke!  Summiting Rainy Pass at sunrise was his best moment.  But he said, “Beauty comes with a price, the Dalzell Gorge.  It was technical and fun.” 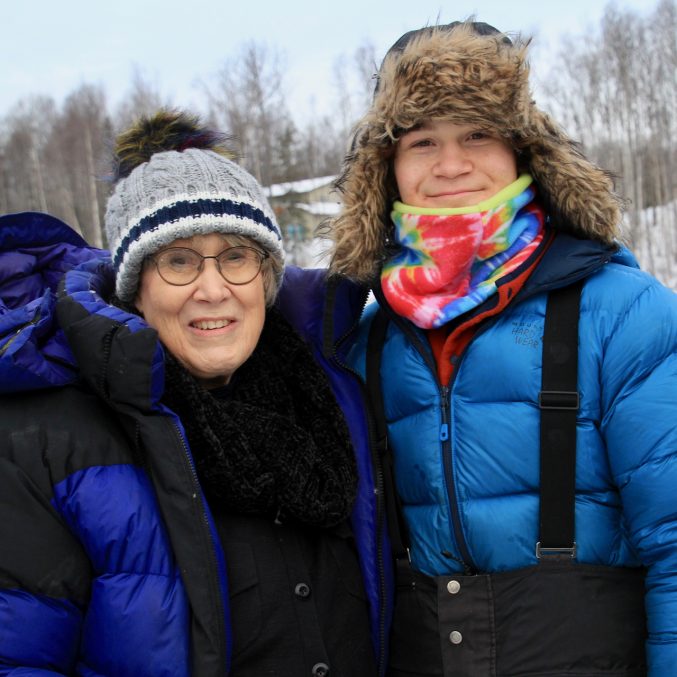 Calvin Daugherty with grandma at Jr. 2020 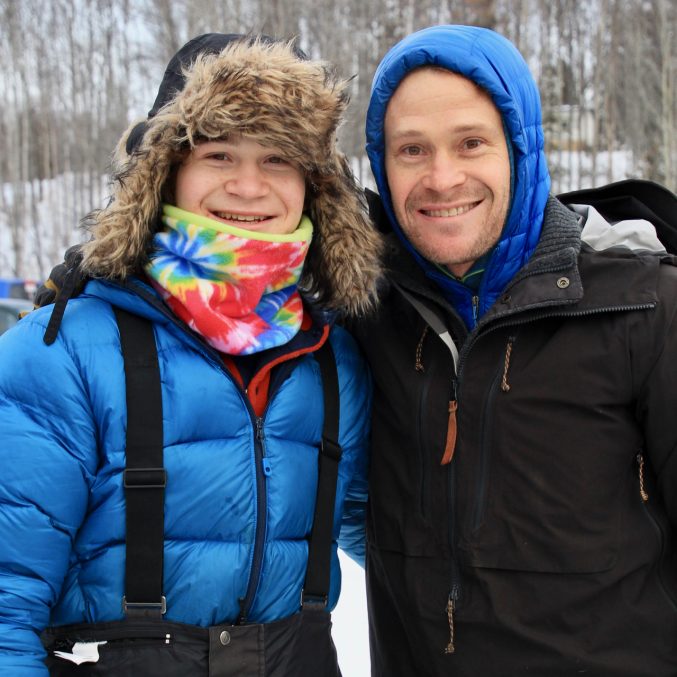 Larry Daugherty, a veteran with four Iditarod finishes, claimed 33rd at 19:35 on St, Patrick’s Day with a team of 4 and 5 year old dogs from Mitch Seavey.  Typically Daugherty has run Iditarod with young dogs so speed in past years was not his main goal.  His previous best finish was 40th.

Larry also talked with Liz at SKWM.  He looked well rested and his dogs were snoozing on straw behind him.  Larry shared a long list of things he lost on the trail, not the least of which was his cell phone.  He lost his hat but another musher picked it up and gave it to him at the next checkpoint.  He left his parka and pants in Rohn and had to sled back over the icy trail to retrieve them.  He lost his phone out between Ophir and Iditarod.  Hal Hanson found that.  The phone was much the worse for wear so there’s a new phone in Larry’s future.

All of this “lost” stuff reminded me of 2016 when Larry himself was lost.  Upon leaving Skwentna on the first night of the race, Daugherty took a wrong turn and found himself hiding back to Willow via the wilderness.  Patrick Beall made the same mistake and the two guys became know as the Lost Boys.  It took some time and some miles through uncharted wilderness but they both found their way back to the trail and completed the race.  When Larry arrived at the burled arch in Nome, Race Marshal Mark Nordman greeted him saying, “You’ve run the longest Iditarod with the most dogs.”

Daugherty was greeted by his wife, mother and kids at the finish.  Larry praised Avon, a dog who took over in single lead and brought the team through the most difficult parts of the trail.   His favorite part of the trail was coming back up the gorge.  He complimented the trail crew on the fabulous job they did in repairing the gorge and steps after outbound traffic. 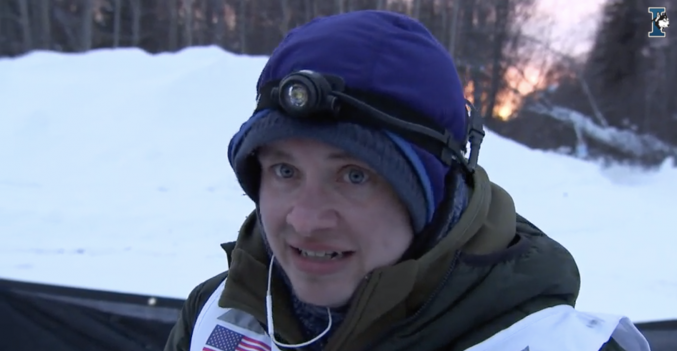 Will Troshynsi Looks Forward To Next Iditarod

Will Troshynski has earned his Iditarod Finishers belt buckle by claiming 34th place following Daugherty by 22 minutes to the un-burled arch.  In Skwentna, Will told Liz a story about how hard it is to recognize fellow mushers when they are all bundled up and wearing a face covering.  Will said he’d been running with Larry from Finger Lake but thought he was running with Hal.  For the 4-hour run, he’d been talking to Larry and calling him Hal.  A pretty innocent mistake given Hal and Larry were also both wearing identical Seavey Kennel clothing.  Will has been training 18 dogs for Iditarod and owns ATAO Kennel (Adventure, Truth, Accountability, Onward) located near Fairbanks. 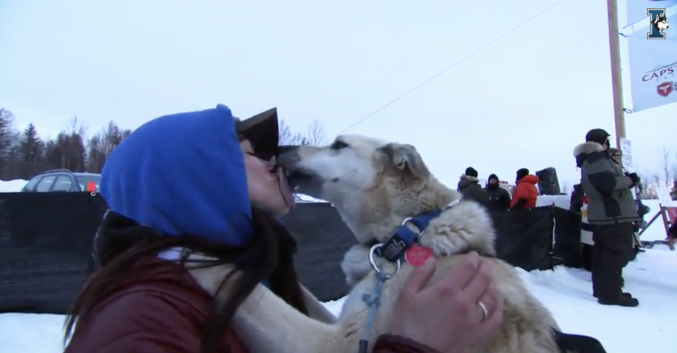 Will thought the Alaska Range was the most beautiful part of the trail.  He’s looking forward to running next year, seeing the coast and the rest of the trail to Nome while applying all of the knowledge he’s gained in this race.