Eye on the Trail: Hopkins 21st and Buser 22nd

Staying true to the race pattern, Ed Hopkins and Martin Buser took 3 hours 12 minutes and 3 hours 21 minutes respectively to cover the distance from Safety to Nome.  Hopkins arrived at the Burled arch at 23:07 on Thursday March 14th with an elapsed race time of 11 days, 8 hours and 7 minutes. Buser arrived on March 15th at 01:16 with a race time of 11 day, 10 hours and 16 minutes. 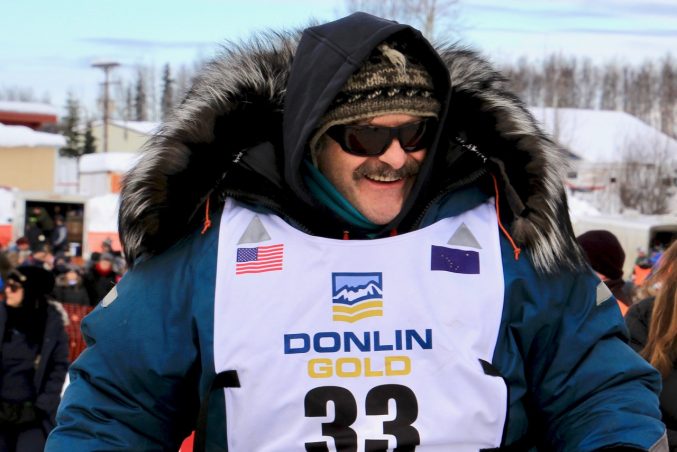 Although Ed Hopkins was a rookie in Iditarod XLVII, he comes with a wealth of experience in long distance mushing.   Hopkins is married to musher Michelle Phillips. Together they own/operate Tagish Lake Kennel.  Ed has run the Yukon Quest 8 times where he’s finished in the top five multiple times. Ed has participated in a number of other races – Percy De Wolfe, Caledonia Classic 200, Canadian Challenge, Klondike 300, Copper Basin and Kobuk 440.  Among his credentials, Ed has two Percy De Wolfe victories and two-second place finishes in the Yukon Quest.

Hopkins began mushing in 1986 while handling dogs for Iditarod veteran Harry Sutherland.  Ed ran his own team for a few years then worked for Susan Butcher as a handler.  He ran her yearling in the Yukon Quest in ’93 and ’94.

From Tagish Lake Kennel musher information, “Hopkins’ passion for the sport of mushing and the well-being of his dogs has been reflected in the awards he has collected. He received the humanitarian award at the Kobuk 440, the Sportsmanship Award at the Yukon Quest, plus, over his years racing the Percy De Wolfe, he took home the Sportsmanship Award 3 times, the Humane Society Award and the Vet’s Choice Award. 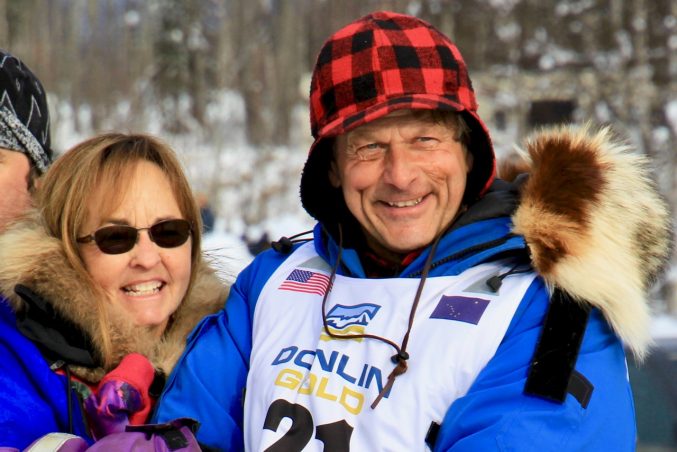 Four-time Iditarod Champion, Martin Buser, has completed his 36th Iditarod in as many starts. Martin holds the record for consecutive finishes – 34! He is a five-time winner of the Leonhard Seppala Humanitarian Award for excellence in dog care.  Buser and other mushers consider this awards to be a greater honor than winning the race.

In 2002, Buser was the first musher to complete the Iditarod in less than 9 days and held that record for nine years.  Following that record setting victory, the process of becoming a naturalized citizen of the United States was completed under the Burled Arch in Nome.  While doing a woodworking project in 2005, Martin sustained a serious hand injury only 4 days prior to the race.  Buser said his dogs had worked hard over the season and deserved to run the race so with a special fitted mitten for protection, Buser ran the team.  Upon completion of the race his fellow mushers awarded him the Most Inspirational Musher Award and the Sportsmanship Award.

When he first came to Alaska from Switzerland in 1979, Martin worked with Earl and Natalie Norris. In 1980 he ran his first Iditarod. Buser, the author of Dog Man, is forever in awe of the spirit and ability of the Alaskan Husky.