Eye on the Trail: Kristin Bacon Arrives in Nome 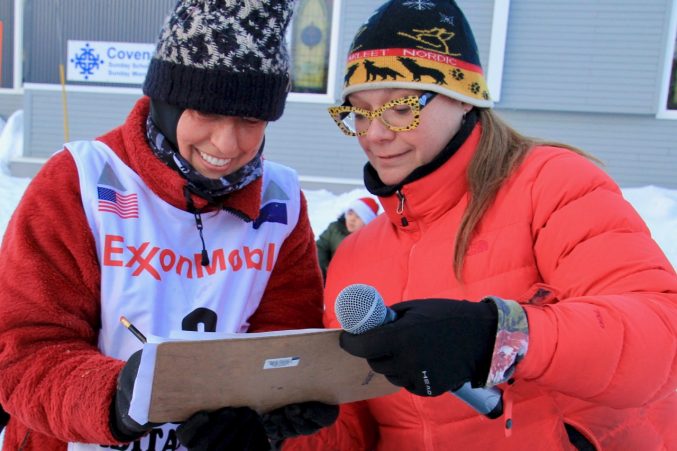 Kristin Bacon Signs Off the Trail

Kristin was first introduced to sled dogs in the winter of 1999.  She began volunteering at the Skwentna Checkpoint for Iditarod in 2005. In 2011 she decided to start her own dog team and acquired Libby from Ryan Redington.  Libby delivered puppies and that team completed their first Iditarod in 2016.  This year is Kristin’s third Iditarod and she was really looking forward to seeing the southern route.  Kristin enjoys sharing the joy of mushing with the community during events like Ikidarod, as well as doing adapted mushing activities with her pediatric clients at Bacon’s Acres.

Kristin had some tough trail to contend with on the run from White Mountain to Nome.  The run was windy and with fresh snow, the trail was drifted over.  Even if Kristin had been right on Jeremy Keller’s tail, the trail would have been drifted over.  Kirstin’s dogs would have to feel and smell their way along the trail  to Nome.  Kristin agreed with Jeremy Keller’s assessment of the winds, it wasn’t just a blowhole a lot of the run, especially last night from White Mountain was very windy. She said, “We camped periodically just to keep these guys happy.” 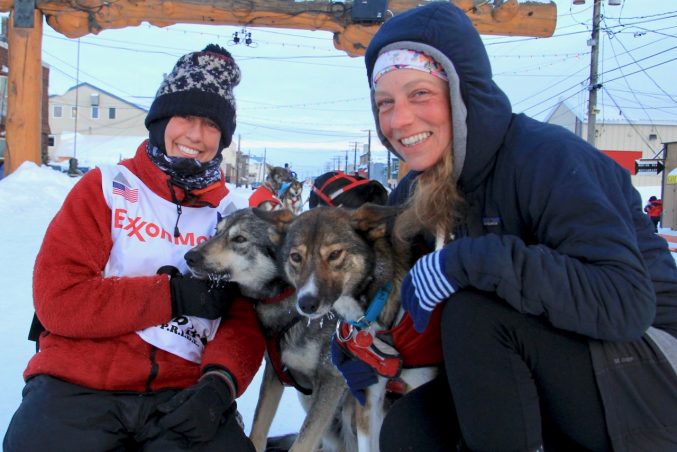 Kristin arrived in Nome during the Finisher’s Banquet.  Not to worry though, there will be another Finisher’s Banquet for the mushers who arrive after the first banquet.  Following Kristin into Nome will be Cindy Gallea and Victoria Hardwick. 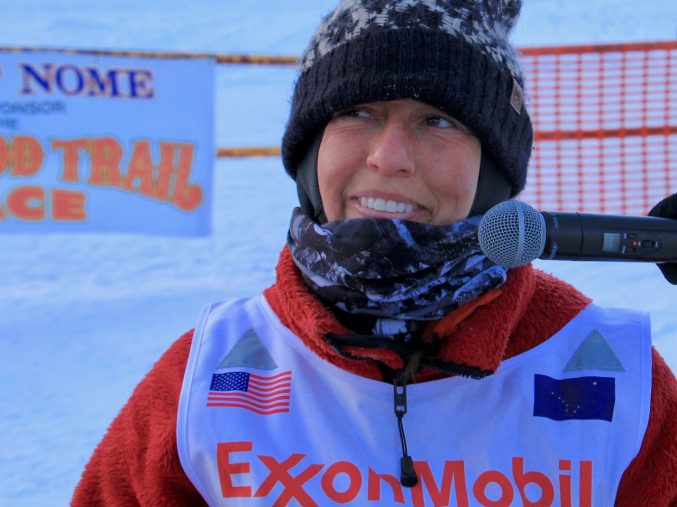 Kristin Bacon, “I got my money’s worth.”

Bacon introduced her leaders, Tricky Mini and Mr. Paws, to the Insider Crew and praised them saying they seem to work harder and have more focus when the weather is tough.  She called the trip LONG and said I didn’t budget 14 days worth of energy.  Kristin joked saying, “We all pay the same entry fee but I really got my money’s worth this time.”