Eye on the Trail: Leaders Out of Nikolai 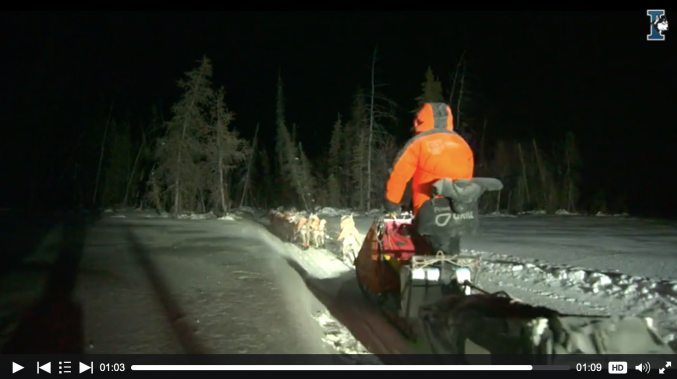 Today is a day of keeping your eye on the trail through the tracker and race standings.  In the wee hours of Saturday the 13th, Dallas Seavey arrived in Nikolai.  Aaron Burmeister, Ryan Redington and Brent Sass followed him in that order.  Seavey and Redington chose to rest in Nikolai while Burmeister and Sass went on through.  These teams are facing the Farewell Burn, the Post Glacier and the Buffalo Tunnels before arriving in Rohn.  These parts of the trail were challenging on the way out, how will they play for teams heading back to Rohn?  With your eye on the tracker and monitoring team speed, you’ll get some kind of idea. 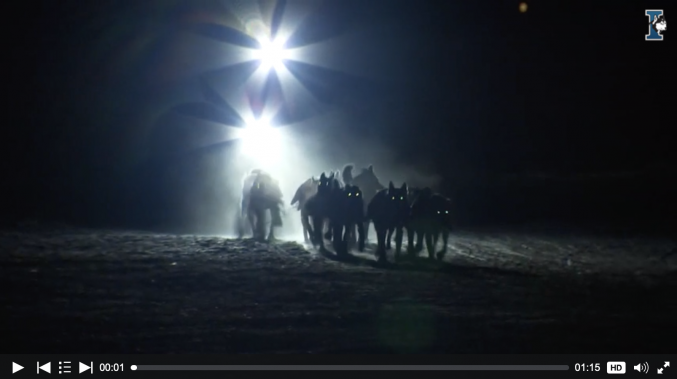 Burmeister is running his full team of 14 dogs; Sass and Seavey are running 13 dogs.  Ryan Redington has 9 dogs in front of his sled.  Ryan would tell you that having nine dogs is just fine, as long as they are your fastest nine dogs.  Think about it, fewer dogs surely speeds up a musher’s checkpoint routine.  Having more dogs doesn’t necessarily mean more speed but it mean more poser through the climb to the summit of Rainy Pass.

At the back of the race, Riley Dyche is the solo musher remaining in Iditarod.  Dyche is there with nine dogs.  After taking a 12-hour break in Iditarod, Will Troshynski departed at 06:00 Saturday Morning.  Will is running 14 dogs and is the last player of a baseball team sized group of mushers heading back to Ophir.

Rookies Jagow and McNeal are resting in Ophir.  A sextet of teams including the Beringtons, Buser, Hall, Strathe and rookie Chad Stoddard are making their way from Ophir to McGrath.  Chad Stoddard is the rookie leader on the trail.

Stoddard was born in Alaska but grew up in Washington.  After competing his college degree he returned to Alaska and spent time guiding sled dog tours in Alaska and Wyoming.  Was it the call of the wild or was it the call of the north that invited Stoddard to Fairbanks where he’s worked with Lance Mackey?  Chad’s great-grandfather delivered mail around the time of the Serum Run and Chad still has relatives in Nenana where the serum was delivered by train then handed off to the courageous mushers for the relay to Nome.

Five teams are resting in McGrath.  Six teams including Royer, Peck, Smyth, Drobny, Deeter and Olson are out of McGrath heading to Nikolai.  The seven teams currently resting in Nikolai are all jockeying for a top ten finish.

Michelle Phillips who currently holds 11th place has completed ten previous Iditarod runs with a personal best of 13thplace.  She is poised to establish a new personal best.  As a trained figure skater, Michelle is an athlete and fell in love with the canine athlete after her partner Ed Hopkins introduced her to sled dogs.  Phillips has run seven 1,000 mile Yukon Quests and this is her 11th Iditarod.