Eye on the Trail: Matthew Failor and Seth Barnes in Top Twenty

We could tell from the GPS Tracker that Matthew Failor and Seth Barnes had been playing leap frog for the last 77 miles of the race.  Who’d come to the arch first?  It’s hard to tell when the tracker has them stacked one on top of the other.  It’s not even possible to tell who’s in front of who when they come on to Front Street as that’s two miles away from the Arch. 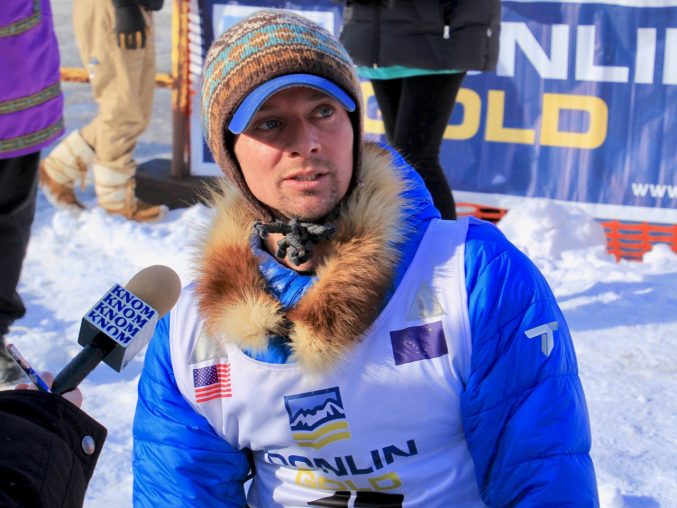 Matthew Failor was the first of the duo to cross under the Burled Arch.  Failor of 17th Dog Kennel drew #17 for his bib.  Matthew finished in 18th place with a time of 11 days, 1 hour and 3 minutes.  Failor’s run time from Safety to Nome was the second fastest of the top twenty racers – 2 hours and 45 minutes.  This is Matthew’s 8th Iditarod finish in as many starts.  His best finish came in 2018.  His fastest race was in 2014 with a time of 9 days, 16 hours and 42 minutes.

Failor first moved to Alaska in 2006 for a summer college job as a dog handler at Gold Rush Sled Dog Tours.  He graduated with a Fine Arts degree in photography for Ohio State University in 2007. He moved to the Last Frontier permanently in 2008 to work and train dogs with Matt Hayashida.  Failor has also handled for and trained with Martin Buser. Failor ran is first Iditarod as Martin’s apprentice.  Failor is also a veteran of the Yukon Quest.

Matthew had a special passenger in his sled for the race.  He carried Mark Green’s ashes with him on to Nome.  Green was a long time Iditarod Volunteer who passed away this last year.  Mushers knew Green from his work at Kaltag where he did much to improve the checkpoint for the comfort of the mushers.  Mark Green lives on along the trail 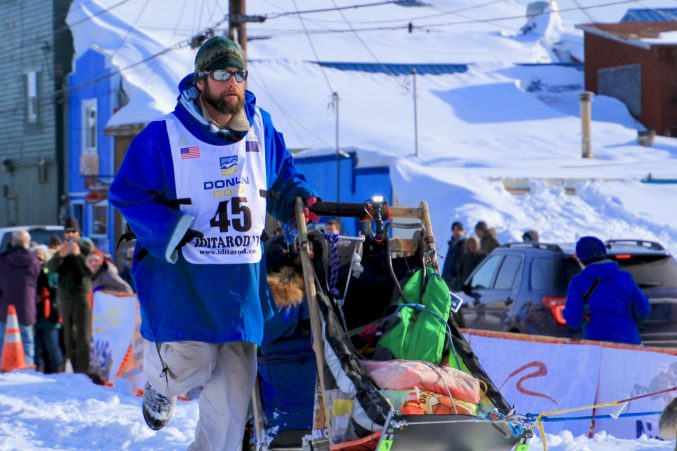 Seth Barnes Jogs to the Finish in 19th Place

Seth Barnes arrived in 19th place to share space under the Burled Arch with Matthew Failor. Seth first ran Iditarod in 2015. He’s had 3 finishes with as many starts. Prior to today, Seth’s best finish is 35th place.  Seth has improved by 19 places from his previous best.  His personal best Iditarod time came in 2017 on the hard fast Fairbanks to Nome trail – 9 days, 22 hours and 33 minutes.

Seth lists his occupation as adventurer and his hobbies are outdoors and adventure.  Barnes is a Yukon Quest veteran.

Insider asked Barnes if there was anything he’d change about the race.  Seth, chuckled and said we sign up for this adventure.  It was hot, there were so many different trail conditions that I didn’t even know existed.  I felt like I was swimming on the Yukon, there were places we’d be running on dirt.  Around every corner there was something new.