Eye on the Trail: Rookie Alison Lifka and Michael Baker Into Nome 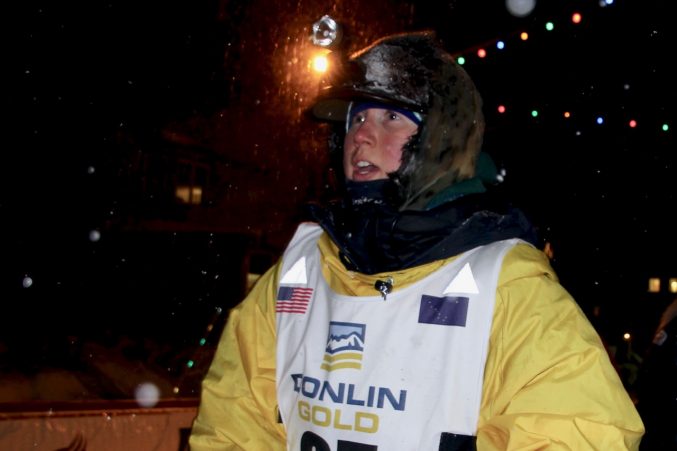 Alison Lifka arrived in White Mountain at 04:45 on Saturday March 16th.  She rested the required 8 hours and headed out for the 77 mile run through Safety to Nome at 13:20.  Arriving mushers have commented that the infamous blowhole has been calm. Nice of Mother Nature to oblige the mushers in that often challenging spot of the trail when she’s created so many other different and unique trials along the trail.

Alison graduated from college with a degree in Environmental Science.  Three days after graduation she headed to Alaska intent on working with sled dogs.  While working as a kayak guide in Prince William Sound, Alison made connections that landed her a job handling for Iditarod mushers during the winter.  She first leaned about Iditarod from her father who followed the race.

Alison has always been attracted to mountains be it the Blue Ridge Mountains of North Carolina where she grew up or the Alaska Range that she just crossed during her rookie Iditarod. So many biographies of Iditarod mushers mention their desire to experience wild places and to live an adventurous life.  Running the Last Great Race® surely meets that often expressed need.

Lifka completed her rookie run and earned the coveted finisher’s belt buckle at 23:35 on March 16th. Her elapsed time for the race was 13 days, 8 hours and 35 minutes.  Alison arrived in 32nd place. 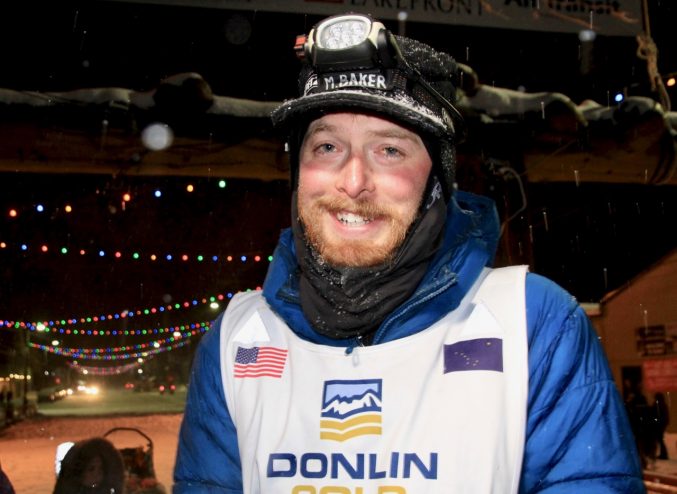 Michael Baker at the Burled Arch

Michael Baker lists his hobbies and music, exploration, baking, fly fishing, donuts and cribbage. Back in Boise, Idaho Baker owned an artisanal donut shop and bakery.  Back in 2009, Michael more or less went from donuts to dogs.  He came to Alaska to learn the art of handling sled dogs.  Five years later, he once again came to Alaska with sled dogs on his mind.  His new goal was to become a professional Dog Musher and eventually race the Iditarod.  He accomplished that feat in 2017.  He completed his rookie race in 11 days 20 hours and 16 minutes guiding a team of 17th Dog youngsters to the finish line.  His 2017 run was designed as a learning experience for the dogs and musher rather than a race.

Again, Baker was guiding a young 17th Dog team along the trail.  Running Iditarod under the mentorship of a patient musher pays great dividends for the young canine athletes.  They’ve been working for more than a year to learn the basics of running in harness and training.  On a slow paced run to Nome they get to put all they’ve learned to work plus learn the routine of the trail, checkpoints and camping.  The dogs Baker trained on this run will be the stars of the 17th Dog racing team for years to come.

At the finish line, Baker praised his leaders and the entire dog team.  With snow falling, the leg from White Mountain to Nome was slower than expected.  Baker arrived in 33rd place.