Eye on the Trail: Rounding Out the Top Ten 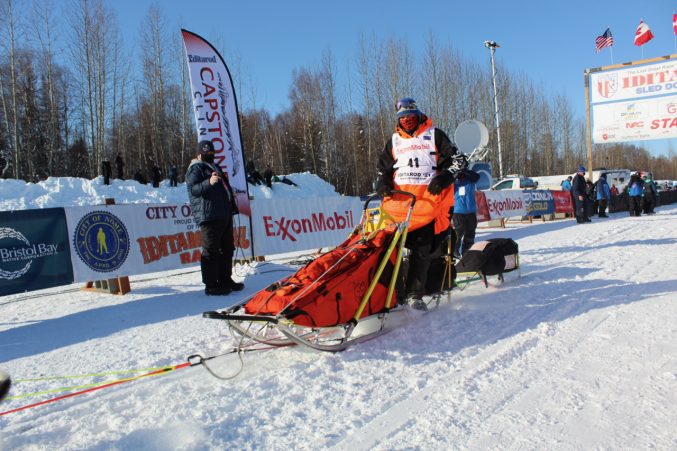 Joar Leifseth Ulsom, Richie Diehl and Ramey Smyth arrived in Deshka Landing late Monday afternoon rounding out the top 10 finishers of Iditarod XLIX.  All of these guys have placed in the top 10 in previous races.

Capturing 8th place is Joar Leifseth Ulsom.  He is the 2018 Iditarod Champion.  This is his ninth start and ninth top 10 finish.  In 2013 during his rookie run, Joar claimed 7th for rookie of the year honors.  He lists Norway as home but maintains and trains out of a kennel in Willow.  Joar has been in love with dogs since childhood.  He didn’t have a dog himself but borrowed a neighbor’s dog for skijoring, hiking and camping. He even borrowed dogs to participate in short races.  Ulsom moved to Alaska in 2011.  He worked on is racing technique and dog care while developing his race team.  He considers himself to be very fortunate to be participating in the races he read about as a boy. 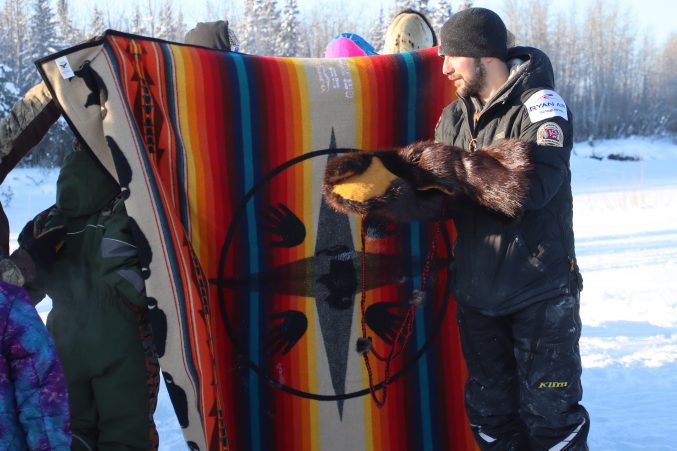 Richie Diehl of Aniak followed Joar to the finish line.  In claiming 9th place today, Richie earns his second top 10 finish. He was 6th in 2018.  Diehl has completed eight of his nine Iditarod runs.  Richie holds a degree in Aviation Technology but works as a carpenter.  Richie began mushing as a kid and took up competitive racing in 2010.  He is a regular participant in the Kusko 300 that runs out of Bethel.  He is the current K300 Champion.  As an Iditarod Rookie in 2013, Diehl was the 36th musher to cross the finish line to earn the coveted Iditarod Finisher’s Belt Buckle. 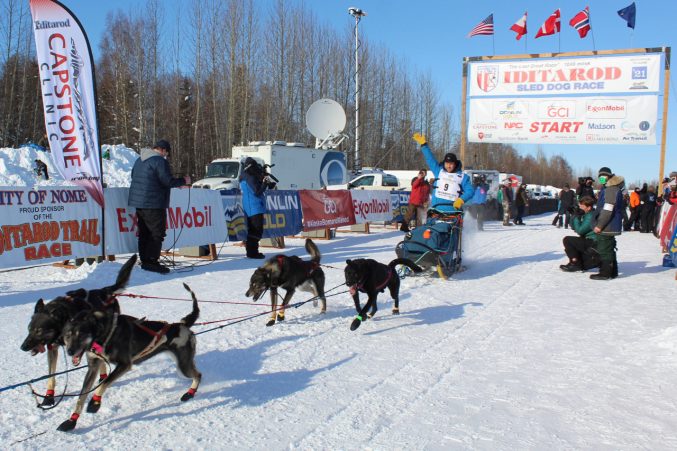 Ramey Smyth of Willow was born and raised in Alaska.  He is the son of Iditarod Veterans Bud Smyth and Lolly Medley.  Lolly is the first woman to ever finish Iditarod.  She was a celebrated harness maker and began giving a gold harness to the winner’s lead dog.  Since her passing, the City of Nome gives the award to the best lead dog in her honor.  Ramey has 25 Iditarod starts and 24 finishes.  He’s placed in the top 10 eleven times with a personal best of 2nd.  Smyth began mushing as soon as he could walk.  He has won the Jr. Iditarod twice before running his first Iditarod in 1994. Smyth’s wife Becca Moore is an Iditarod veteran and his 14 year old daughter is a Jr. Iditarod veteran.

The Nome Kennel Club sponsors an award given to the musher in the top 20 with the fastest time from Safety to Nome.  Ramey has won that award 8 times.  The award will be given again this year to the musher with the fastest time from Skwentna to Deshka.  Ramey covered that distance in 8 hours and 18 minutes besting Dallas’ run of 8 hours and 24 minutes.  Ten mushers still have a chance at the award.  Ramey’s time will be hard to beat.