Eye on the Trail: Summer Camp – Lessons from the Trail

Leaving Dream A Dream Kennel marks a new focus for the teachers attending the Summer Camp for Teachers. While Iditarod is all about the dogs, teachers at camp delve into other aspects of Iditarod beyond the hands on aspect experienced at the kennel. 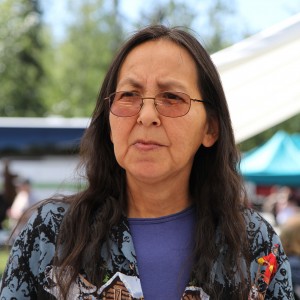 The first stop for teachers after moving into Wasilla from Halter’s training center was the Dorothy G. Page Museum. Located since 1931 in a community hall building, the museum consists of eleven historic buildings all filled with historical artifacts. The main building houses impressive exhibits of mushing and mining equipment. Certainly the teachers saw different types of sleds, harnesses and mushing equipment than is used in sled dog racing today. 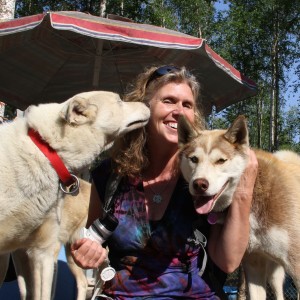 Iditarod artist Jon Van Zyle and his wife Jona welcomed the teachers into their kennel, studio and home. Jon creates a print and poster to commemorate each Iditarod. His works are intricate and beautiful. Jon has raced in The Last Great Race and is a member of the Iditarod Hall of Fame for his generous support of the race. Both Jon and Jona also support the Junior Iditarod. The Van Zyles maintain a kennel of Siberian Huskies. Ever the entertainers, the Siberians pose for pictures and delight guests with their energy and antics. 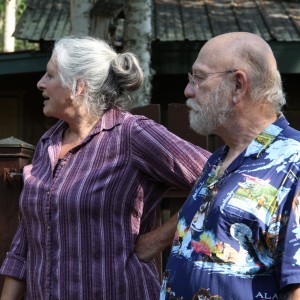 Wanting to know more about the native groups and cultures of Alaska, the teachers descended upon the Alaska Native Heritage Center in Anchorage. There are eleven major cultural groups and the teachers were able to see their traditional homes and learn about customs. Programs at the center include story telling, dancing, singing and demonstrations of the ever-amazing native games. While at the center, the teachers also experienced sled dog cart rides sponsored by Team Baker. John Baker, an Inupiaq Eskimo, won Iditarod in 2011. Baker was and is the first Inupiaq Eskimos to ever win the Iditarod. 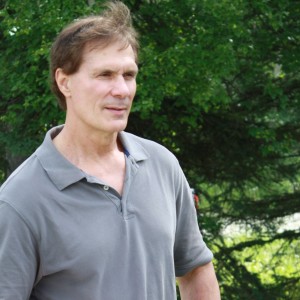 A day in Anchorage would not be complete without visiting either the Anchorage Museum of History and Art or the Alaska Zoo. The choice for this groups was the zoo, largely because of the wolf pups. Many of the animals at the zoo are orphaned, injured or captive born and simply can’t function in the wild. At this time, five wolf pups orphaned in the Funny River fire on the Kenai Peninsula reside at the orphaned cub facility. The six-week old pups are out in their yard for public viewing three times per day. When rescued from the fire the pups were just two-weeks old and were severely dehydrated and hungry. Now the pups, healthy and growing, are about the size of an eight-week old sled dog pup. Later this summer, they’ll be transferred to the Minnesota Zoo. 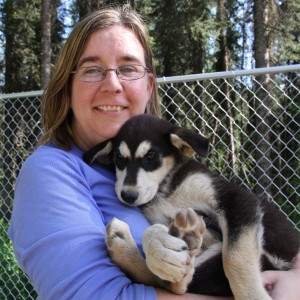 Friday brought the teachers back together in their final day of formal collaboration. Iditarod Education Director, Diane Johnson, presented the morning session – “Iditarod Education Makes a Difference.” Jen Reiter, 2014 Iditarod Teacher on the Trail, spoke to the teachers about object learning. Later in the day, Stuart Nelson, DVM shared stories from his 19 years as Iditarod’s Chief Veterinarian. Nelson also explained the characteristics of sled dogs that make them mega-marathon athletes.

With the formal sessions behind them, the teachers attending summer camp have more ideas than they can possibly incorporate into the curriculum of the upcoming school year. Best advice for educators who are beginning to use Iditarod as a theme for education in their classroom – start small and let it grow.