Eye on the Trail: Telephoto Story – Aliy at 4th & Cordova 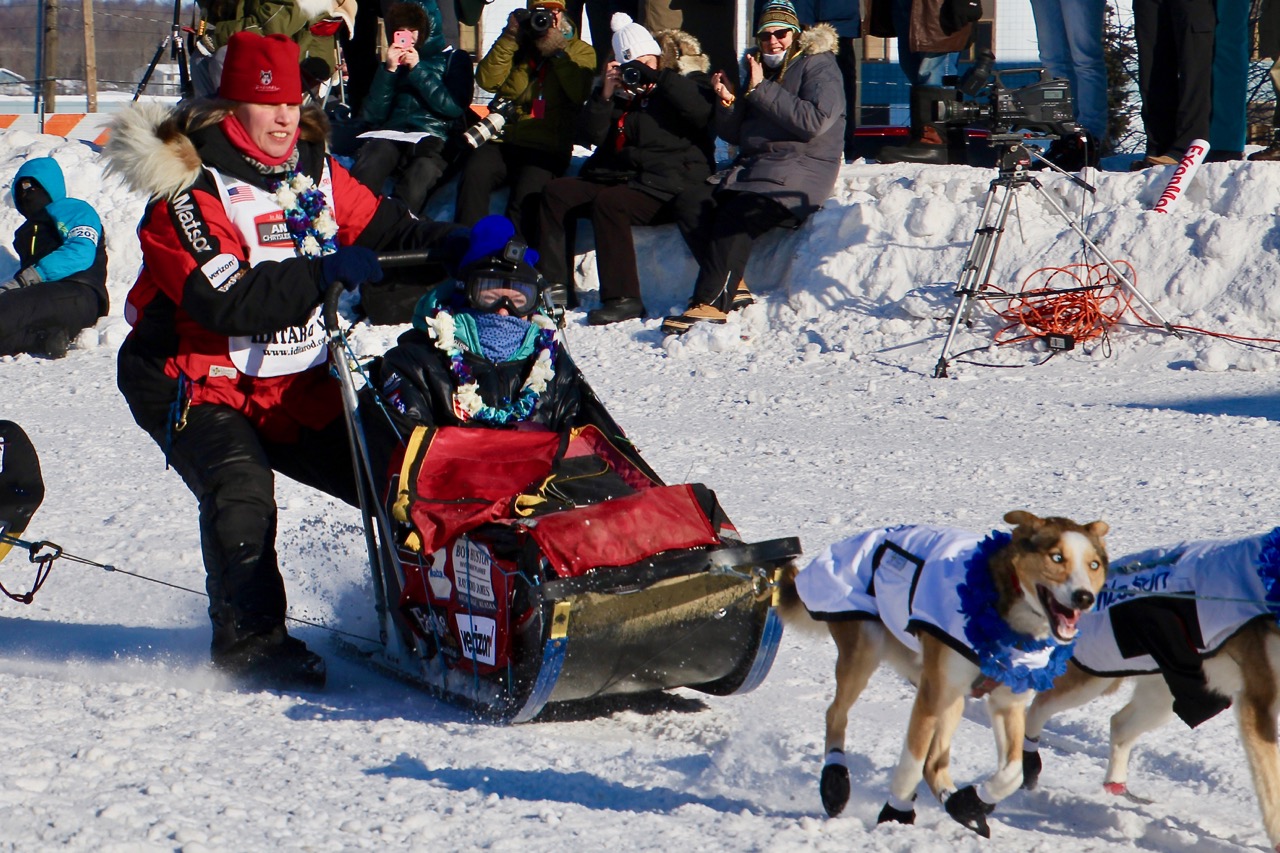 Some race fans caller her Aliy, others fondly refer to her as the “Queen of Hearts.  Aliy Zirkle has been in Alaska for 25 years.  She moved to the Last Frontier to work for U.S. Fish and Wildlife.  She acquired her first sled dog, Skunk, and the rest is history.  Her career in long distance racing began in 1998 when she ran her first 1,000 mile race, the Yukon Quest.  In 2000 she became the first and is still the only woman to win the Quest.  In 2001 She ran her first Iditarod. She’s run every Iditarod since that time.  She has a string of six top-ten finishes and is the only person to be runner-up three consecutive years (2012-2014).  She and her husband Allen Moore own and operate SP Kennel out of Two Rivers, Alaska.  They named their kennel for Skunk.  SP stands for Skunk’s Place.