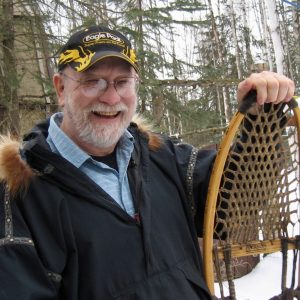 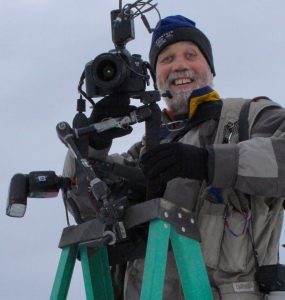 What do you get when Jeff Schultz and Jon Van Zyle collaborate to create a piece of Iditarod Art? The result is guaranteed to be more stunning than any Iditarod fan could imagine! The photographer and artist have recently announced their joint effort.

Schultz has photographed the Iditarod since the early 80’s and holds the title of “Official Iditarod Photographer.” Van Zyle completed the Iditarod twice in the 70’s and since that time as the “Official Iditarod Artist” has created a print and poster annually. In his photographs, Jeff captures the action as well as the serenity and beauty of the Iditarod. In his paintings, Jon’s attention to detail makes every scene come to life in a magical way. The result of combining the unparalleled talents of the two men will be a limited edition print on metal.

Jeff says the idea was conceived several years ago. It was one of those dynamite ideas that never quite came together. Finally though, earlier this spring a Schultz made photo was selected and Van Zyle shared his ideas for enhancing the photo with his brushes and paints. These two fellows working together is the power of Lightroom multiplied by a million!

In June firefighter and paramedic Ben Schultz, Jeff’s son, was severely injured in a training accident. The idea of the combined piece of art stood still for a while but Jon has begun putting his ideas and the photo together. Just recently he’s announced that all proceeds from the limited edition creation will go toward supporting Ben’s care and rehabilitation. Stay tuned for more on this incredible project.