Eye on the Trail: The Eighth Day 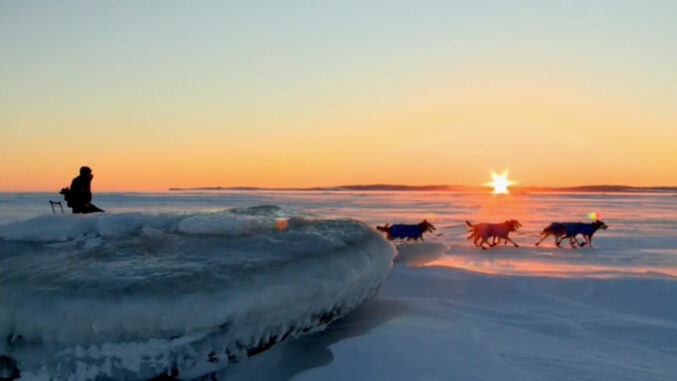 As the sun rises on the eighth day of Iditarod 2020, we see a Yukon River and Coast Race.  After Kailyn Davis and Lisbet Norris departed Ruby the trail crew is dismantling the checkpoint.  Race personnel are being relocated or flown to Unalakleet to head home.  Davis and Norris join Apayauq Reitan and Yuka Honda on the trail to Galena. 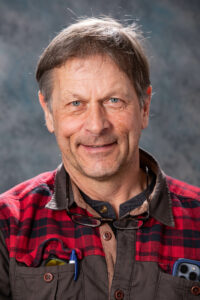 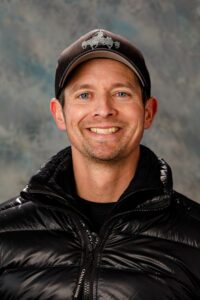 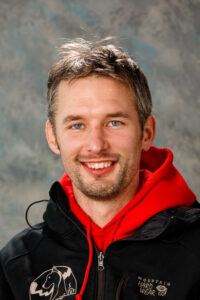 GPS tracker shows Martin Buser and Matthew Failor resting on the way to the coast along with Deke Naaktgeboren, likely at Old Women Cabin.  Mushers who rest there may or may not honor the spirit of the “Old Woman” by leaving food for her.  It’s an age old folk tale that leaving food for the Old Woman will bring good luck along the trail.  Leave without honoring the spirit of the old woman and she’ll chase you to Nome dishing out bad luck.  Who wants to take a chance on that?

Four-time Champion Martin Buser is running his 39th Iditarod.  He is alone in that category of most runs and never scratching and it’s not like the guy hasn’t had reason to scratch.  One year, a couple days before the race, he ran a finger through the table saw.  Another year he had pneumonia.  Another year his son was rehabbing from an accident.  Yet another year he dislocated a finger during while training and another year he broke his ankle early in the race but kept going.  Martin is determined to get to the final exam.  As he puts it, they train (study) the whole year and Iditarod is the final exam.  The dogs are prepared and they deserve to have the opportunity to show what they are capable of.

Martin is a great inventor.  One year I noticed a small little contained of pink ointment attached to the back of his glove while he booted his team at Unalakleet.  Putting booties on is a two-hand operation and he finally figured out how to free both hands up while still having the pink stuff at hand.  The pink cream is bottled in squeeze tubes and most mushers squeeze some out, set the tube down, apply the cream between the pads and then put the bootie on.  For the next paw they pick the tube up and repeat.  Martin’s invention would definitely save time in doing a task that’s repeated after every rest.

Matthew Failor apprenticed under Martin Buser and ran his first Iditarod with a Buser puppy team back in 2012.  Matthew has participated in every Iditarod since, completing all but the 2020 race when he scratched out side of Nome after encountering serious overflow along with Sean Underwood and Tom Knolmeyer.  With the help of Buser and Matt Hayashida, Failor established 17th Dog Kennel in 2013.  The name is a tribute to people who support their racing efforts.  It used to be that mushers could run a 16 dog team, so fans and supporters of the team are considered the 17th Dog, a very critical member of the team.

Failor and his wife Liz (Raines) met during Iditarod when she was covering the race for CBS.  He proposed to her at the finish line of the Kuskokwim 300.  Together they operate Alaskan Husky Adventures out of Willow.  Liz is currently out on the trail doing commentary and interviews for Iditarod Insider.  Through racing, Matthew strives to empower young people to pursue their dreams.  Failor is a Kusko 300 Champion and recipient of humanitarian, sportsmanship, inspiration and improvement awards.

Deke Naaktgeborn  is camped near Buser and Failor outside of Unalakleet at the Old Woman Cabin.  Deke, raised in Iowa, has a degree in Business and Recreation.  Before moving to Alaska, he worked as a park ranger in the Everglades of Florida.  Now he works for the BLM near Chicken, Alaska.  He started mushing in 2008 and has completed numerous distance and mid-distance events since them.  In his rookie run to Nome, Deke was held up in Elim due to impassible trail conditions with 10 other mushers.  Martin Buser was also in the group that became known as the Elim 11.  While resting today they are probably recalling stories and sharing them with Matthew.  Deke finished that race in 27th place with a time of 13 days, 18 hours and 48 minutes.  With his most amazing sled dog ever in lead, Princess Jasmine, he hopes to have a faster run this year.

Joshua McNeal, with 10 dogs in harness has scratched at Galena.  He joins Hugh Neff, Julie Ahnen, Ryne Olson, and Anja Radano as the fifth musher to depart the trail.  McNeal made the decision to scratch for the best interest of his race team.  The day after he graduated from high school in Washington state, he moved to Alaska.  He earned a  Bachelor’s degree from UAF in Petroleum Engineering.  During his senior year, he helped Ken Anderson train for his final Iditarod.  He and his wife, Jobie, operate Crooked Creek Kennel home to 40 sled dogs, some of which came from Anderson’s kennel.   Josh McNeal completed his rookie Iditarod run on the Gold Trail Loop in 28th position and looked forward to making the run all the way to Nome. 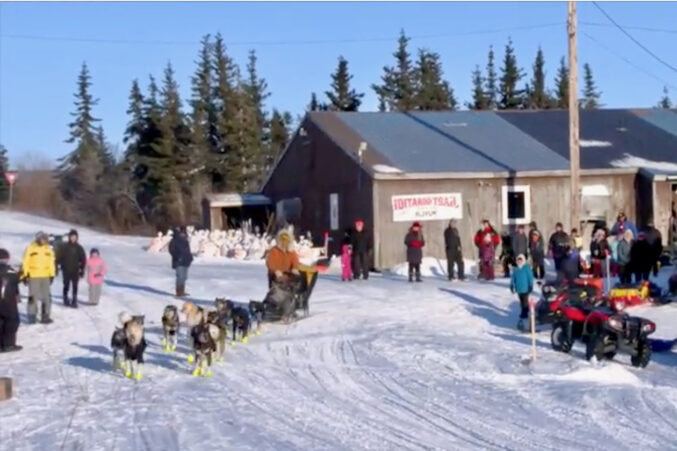 Watching tracker, there are 12 mushers out on Norton Sound between Shaktoolik and Koyuk.  From the speeds they are moving, it would appear that the ground blizzard experienced by Brent Sass and Dallas Seavey yesterday his abated.  Koyuk is going to have a busy afternoon.  White Mountain will welcome Sass and Seavey in the next few hours.