Eye on the Trail: Tied at Five 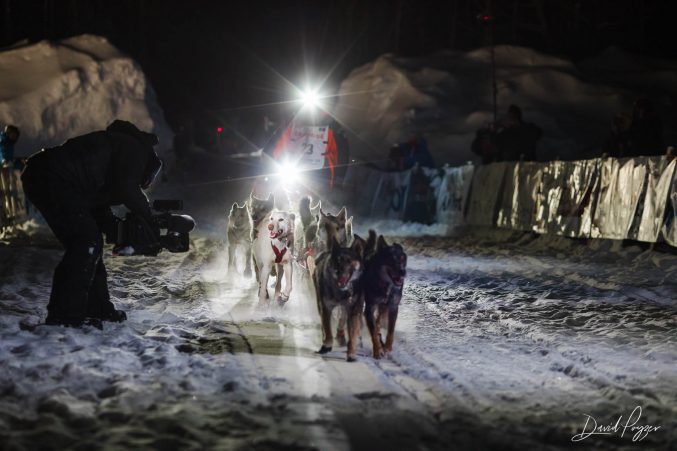 Dallas Seavey claimed his fifth Iditarod Championship at 05:08 Monday morning.  He covered the 848 mile Gold Trail Loop in 7 days, 14, hours and 8 minutes, finishing with 10 dogs in harness.  The 49th Iditarod threw many challenges at mushers including frigid temperatures, navigating the Farewell Burn, the Dalzell Gorge, the Alaska Range and the Happy River Steps not once but twice and it was all framed by COVID-19 protocols.

At the finish line Seavey said he loves the traditional race route, either northern or southern, but has found the Gold Trail Loop as well as the Fairbanks starts to be motivating because of the newness and the necessity of creating new strategies. 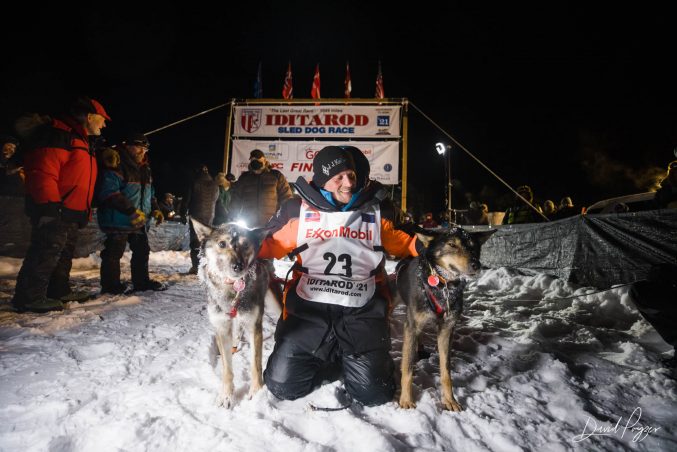 Seavey hasn’t been through the Iditarod checkpoint since 2013, the year after he won his first Iditarod.  His previous wins have all been claimed on either the traditional Northern Route or the Fairbanks route.  The 2012, 2014 and 2016 races followed the northern route. The 2014 race stands out from the others because a heat wave at the start of the race turned the Dalzell Gorge into a luge run and many mushers chose to scratch at Rohn because of bruised bodies, broken sleds and fear of what the Farewell Burn might bring.   Seavey’s 3rd victory in 2015 came on the Fairbanks route, as did a second place finish in 2017.

In 2005, Seavey claimed 3rd in the Jr. Iditarod the last weekend of February.  He celebrated his 18th birthday mid-week then on the first Saturday of March, as the youngest musher to ever compete in Iditarod took a Mitch Seavey puppy team to Nome.  At the age of 25, he became the youngest person to ever win in 2012 and claimed his 4th Iditarod victory at the age of 30 in 2017. 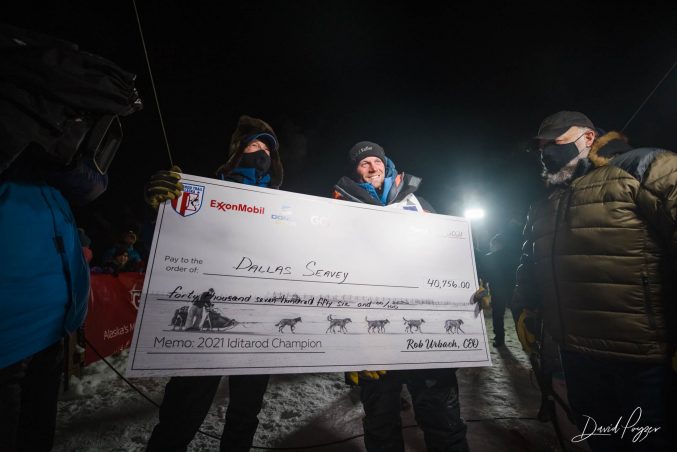 Rick Swenson became the first ever 4-time champion in 1982.  In 1990 Susan Butcher earned her 4th Iditarod Victory.  It was a title they shared for a year.  In 1991 Rick won his fifth Iditarod title.  Since then Doug Swingley, Martin Buser, Jeff King and Lance Mackey have earned four titles.  Mackey has the distinction of earning four in a row, 2007 – 2010.  Swenson is known for his innovative breeding of sled dogs for best traits and performance.  Dallas noted the illusiveness of the 5th win as Swenson has held that record for 30 years.

Has Dallas had his eye on winning five since his first race?  He says, no.  After winning his first Iditarod, he’s only focused on the next win.  Now it seems that he’ll be focused on breaking the tie with Swenson long standing record.