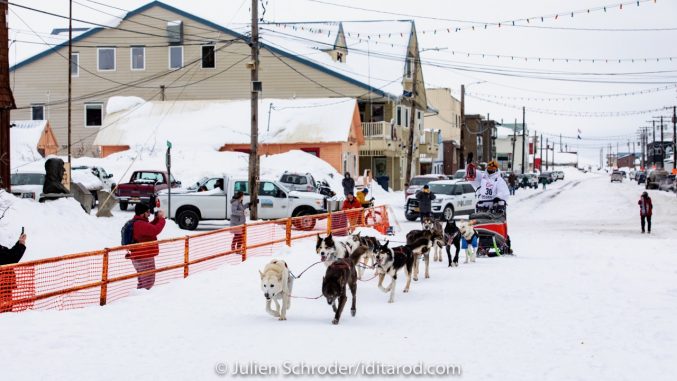 The Champion and the Red Lantern of Iditarod XLVII are both from Bethel, Alaska.  They are the front cover and back cover of an incredibly interesting story book.  The adventures recorded by all of the mushers of Iditarod XLVII that are the pages between the covers could not have been imagined or predicted. One of the pages of the book is from musher Jessica Klejka also from Bethel. It was an incredibly difficult race that challenged veterans and rookies alike. 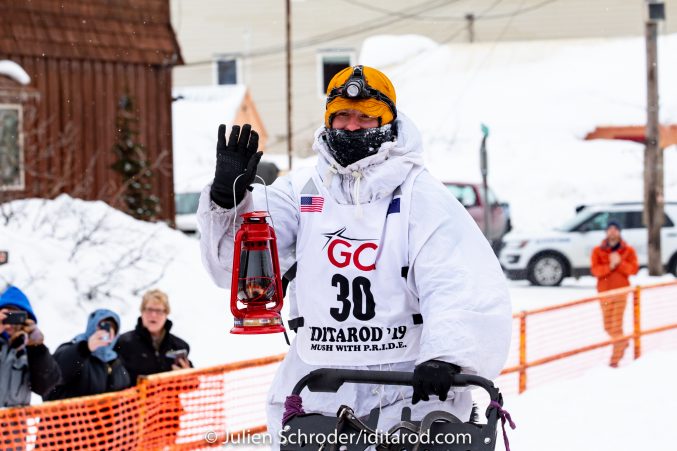 Victoria Hardwick received the Red Lantern to carry down Front Street when she received her bib to wear down Front Street.  Folks with GPS Tracker had watched Victoria’s progress from the Yukon River to Unalakleet then along the coast through Shaktoolik, up to Koyuk, over to Elim, up to White Mountain and from White Mountain to Safety and Safety to Nome.   The coast with wind and blowing snow had its effects on Victoria’s run time as it did on so many other mushers. 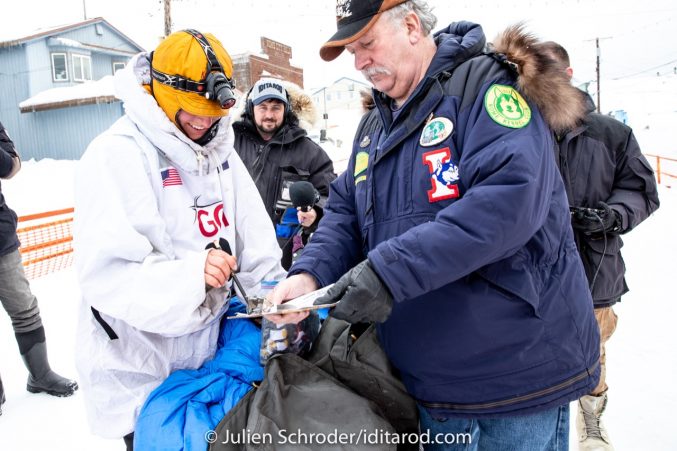 Victoria Signs In at the Burled Arch

Victoria arrived at the Burled Arch at 13:15 on March 18th.  Her run time from Safety to Nome was a fast 2 hours and 43 minutes.  She’s one of only four mushers in the race to have a sub-three-hour run time for the final 22 miles of the race.  Wade Marrs did the run in 2 hours 38 minutes; Matthew Failor covered the distance in 2 hours 45 minutes, Martin Apayauq Reitan ran in 2 hour 48 minutes. 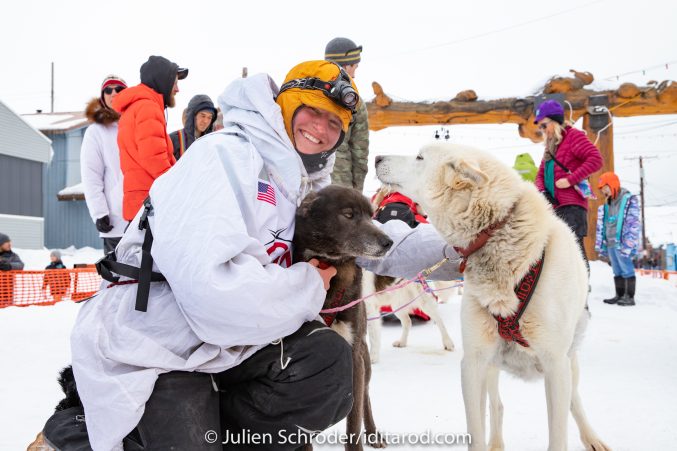 Victoria Hardwick Poses with her Leaders

Victoria’s Red Lantern run took 14 days, 22 hours and 51 minutes.  She perhaps feels like Kristin Bacon in saying that with a 14-day race, she definitely got her money’s worth.  The Red Lantern award that Victoria will receive is a symbol of perseverance.  It speaks to the final musher’s character in not giving up but deciding to keep on keeping on. 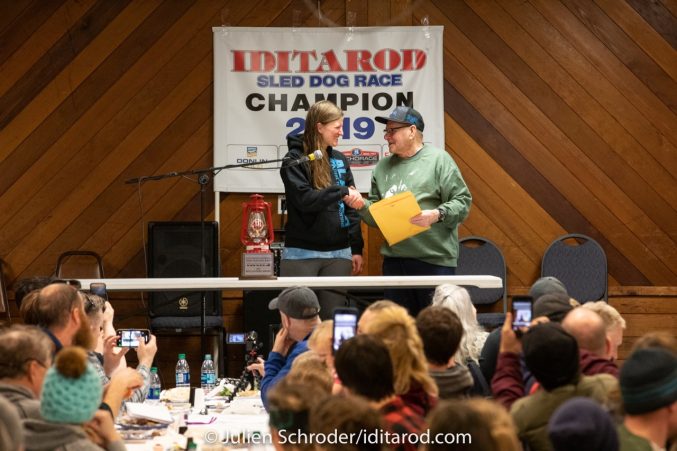 There will be a second Finisher’s Banquet to honor Victoria Hardwick and Kristin Bacon who came in while the Banquet was in progress on Sunday evening.  This Banquet will be held at the Mini Convention center just west of the Burled Arch.  The “Mini” has been Iditarod Headquarters for the better part of two weeks. Traditional banquet fair, including prime rib, chicken, fresh salads, cooked shrimp, pasta salad, vegetables, cheeses, fruit and carrot cake or pecan pie for dessert will be served.  The two honored mushers will have the opportunity to share stories of their adventures between Willow and Nome and thank the myriad of sponsors and other people who made it possible for them to run in Iditarod 2019.  Friends, family, sponsors, fans and volunteers will attend the banquet to share in the celebration with Victoria and Kristin. 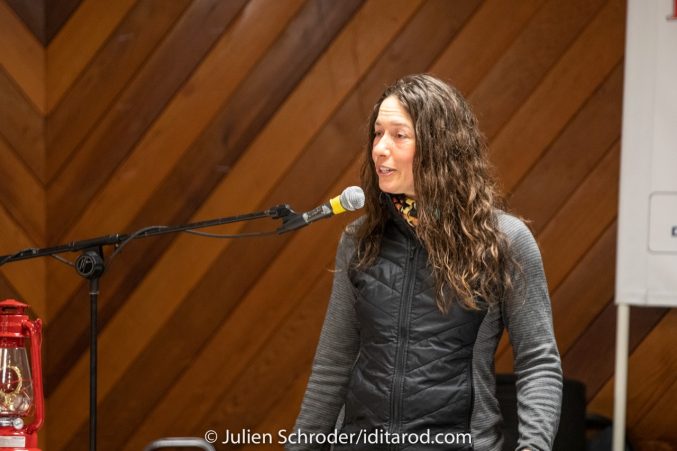 Not only did Victoria receive the Red Lantern but the final musher has the duty of extinguishing the Widow’s Lamp.  A lantern has been hanging under the Burled Arch throughout the week as musher’s finish. It’s the Widow’s Lamp and comes from an old roadhouse tradition.  Back in the days of mail and supplies being carried along the Iditarod trail by dog team, roadhouses were constructed a day’s travel apart.  A lantern was always hung from the roadhouse porch to make it easier for the mushers to find their daily destination.  When all were off the trail for the day, the lamp was extinguished.