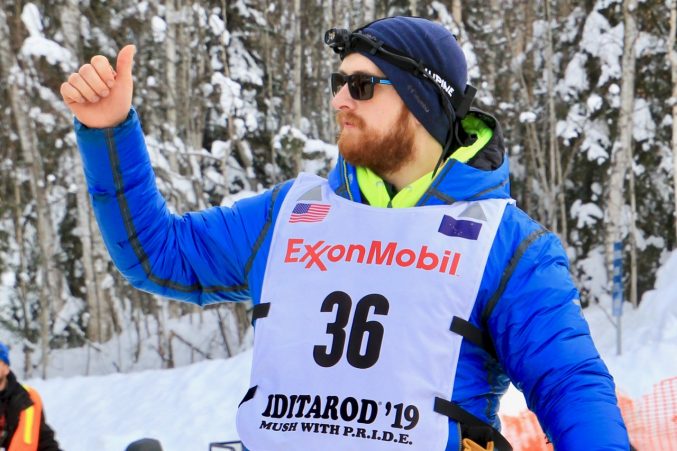 Wade Marrs at Restart of Iditarod 2019

Wade Marrs made Nome early on Thursday March 14th in fourteenth place with an elapsed time of 10 days, 14 hours and 26 minutes.  Wade and team really hustled from Safety to Nome.  While most teams took between 3 and 4 hours to cover the 22-mile distance, Wade and the nine dogs he had in harness did the leg in 2 hours and 38 minutes.  The only other sub three hour run in the top twenty mushers belongs to Matt Failor at 2 hours and 45 minutes. 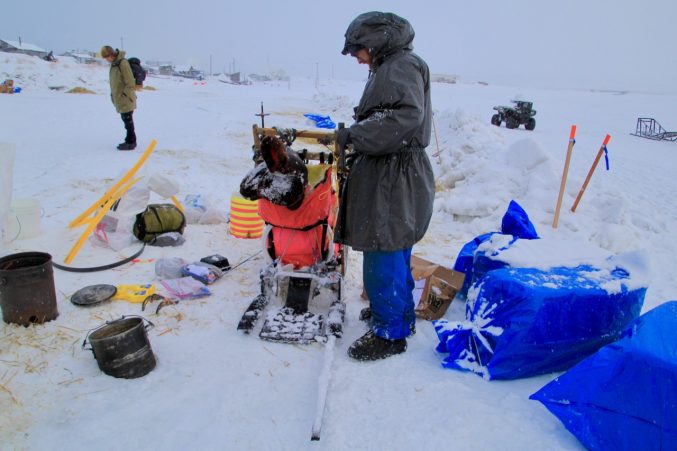 Wade with the Broken Sled Runner in Unalakleet

As Wade explained to the Insider Crew, he had some obstacles to over come on the trail.  Most notably was a broken sled runner.  There was only enough left of the tail of the left runner to stand on.  The right runner was about 3 feet longer.  Steering and track with the broken runner was anything but easy. Wade explained that he was able to use a sled that belonged to Nicolas Petit that was in Shaktoolik.

Marrs said that it was a tough race over all and it seemed that ever run got worse even when it didn’t seem that it could get worse.  There was rumor that a storm might hit the final 77 miles into Nome from White Mountain. Wade said, that storm didn’t materialize and that run was the best of the whole race.

In nine Iditarod starts, Wade has finished seven runs.  He’s been in the top ten 3 times.  His highest finish was in fourth place in 2016 with a time of 8 days, 20 hours and 22 minutes.  Marrs won the Fastest time from Safety to Nome competition in 2015. 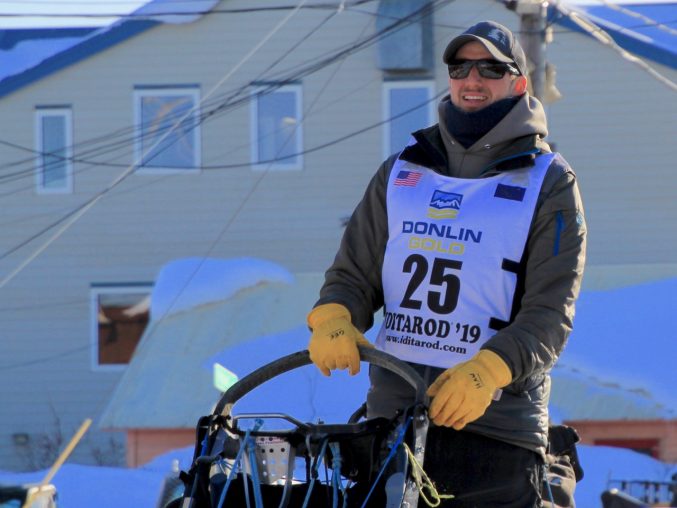 Jeff Deeter made Nome around noon on Thursday March 14th in fifteenth place with an elapsed time of 10 day 20 hours and 48 minutes.  Jeff held an average speed of 3.78 miles per hours for the race.  Deeter’s previous best finish was 43rd place. Jeff Ran Iditarod back in 2008 then sat out for ten years before returning in 2018 and again in 2019. With three starts, he’s had three finishes.

As Jeff came to the Burled Arch, Chief Vet Stu Nelson commented on the peppy nature of the Black Spruce team.  Deeter told the Insider crew that his dogs ate well for the whole race.  He started with 13 dogs and was very happy with the team. They moved well together and produced lots of power.  Deeter isn’t a stand on the runners type of guy.  He prefers to work with the dogs by running and ski poling.  Jeff praised his team saying the whole trail was rough but they did great.

When Jeff returned to the race in 2018, he had a pretty young group of dogs.  He says, “It was the toughest race I’ve ever run with multiple snow storms, high winds, and warm temperatures.  It was also some of the most fun I’ve ever had on a race.  I enjoy being in bad weather because it makes me feel removed from the rest of the world and allows me to really focus on the immediate situation and the animals in my cars.  Being in bad weather is the ultimate test of the trust between a musher and their dogs.”