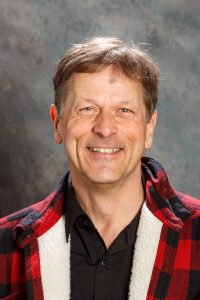 Martin’s ‘never give up attitude’ along with his longstanding race record, made his induction into the Hall of Fame a natural.  Martin said, “What a great honor to be inducted into the KMHF. I remember racing past this historic building for the first time in 1980. I almost stopped to take a picture with my film camera, my how things have changed.  I am super happy to witness all the improvements in equipment, race strategies and especially the dogs and the care they receive.”

Martin spends a great deal of time speaking in schools on the humanitarian care of animals and the spirit of the Iditarod. A favorite celebrity of the children of Alaska, Martin treats them with surprise visits from his dogs and puppies. 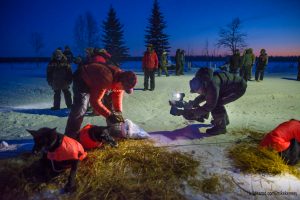 Martin runs the race each year with his dogs to test the success of their breeding, training and physical endurance. He regards his racers as true competitive athletes and prides his team on their longevity and spirit of competition. Says Martin, “I run the Iditarod to prove that my dogs, bred, trained and raced by Happy Trails Kennels, are the best amongst the world’s long distance athletes.” For nine years, Martin’s 2002 team held the record for the Fastest Iditarod by completing the race in 8 days, 22 hours, 46 minutes and 2 seconds.  Read more about Martin by clicking here.

A fund raiser, free will offering,  for the son of Jeff Schultz, Ben Schultz, a fireman injured in an accident at work, was also held during this event honoring Martin.