Reitan out, Braverman in, Santiago through Takotna

It’s been a busy evening here in Takotna – lots of teams leaving and pulling through after taking their 24 hour rests. Blair Braverman pulled in for a short rest at 10pm breaking the trend of mushers who just pulled through after coming off their 24s in McGrath. 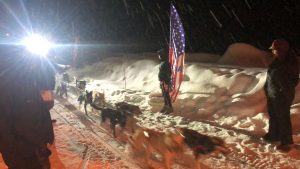 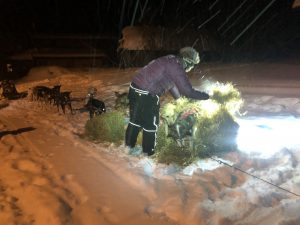 Blair bedding her team down for a few hours

Shortly after she pulled in, Martin Apayauq Reitan pulled out of Takona to head to Ophir, with his team looking good. Shortly after he took off, Ryan Santiago pulled through, stopped to snack his dogs, and took off chasing Martin down the trail. Ryan’s team is one of the best looking teams at the back, but I’m not surprised as he’s running a very conservative schedule with Mitch Seavey’s puppy team (2 year olds). They’re just out here to get some experience long distance racing. 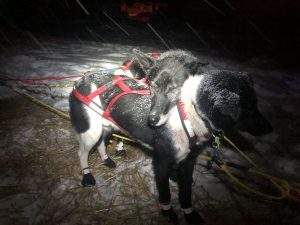 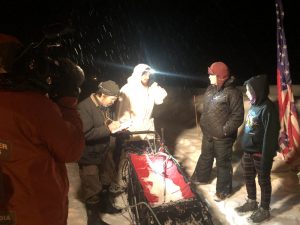 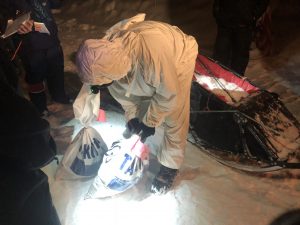 Ryan going through his drop bags 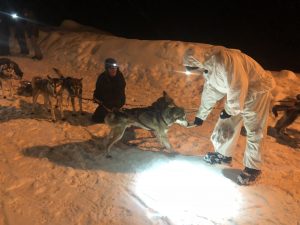 Ryan snacking his dogs before hitting the trail again