Martin Apayauq Reitan came into Takotna at 9:59 this evening, still cheery as ever! He reports he broke one of the stanchions on his sled, but he’s rigged it well enough that it should last the rest of the race. He’s still got my buddy Apok in lead (I handled for Martin at the ceremonial start in Anchorage and got to befriend Apok there), and says he’s removing the strings from his drop bags and tying them onto his sled as a marker of which checkpoints he’s been to, and how many he has left to go. 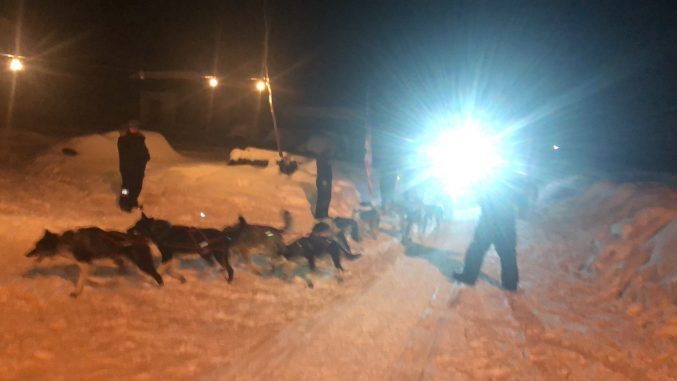 Martin Apayauq Reitan coming into Takotna – his leaders are experienced and turned up to the parking area!

Jessie Royer pulled out of Takotna at 10:33pm, and she’s still got fan favorite dogs Chilkat and Elias in her team – the super fluffy ones! Jessie pointed out before she took off that they have a “normal” brother in her team, and the crowd of fans watching her erupted in laughter. She’s in a good position, it’ll be interesting to see if she can maintain and finish strong – her dogs certainly looked good leaving here! 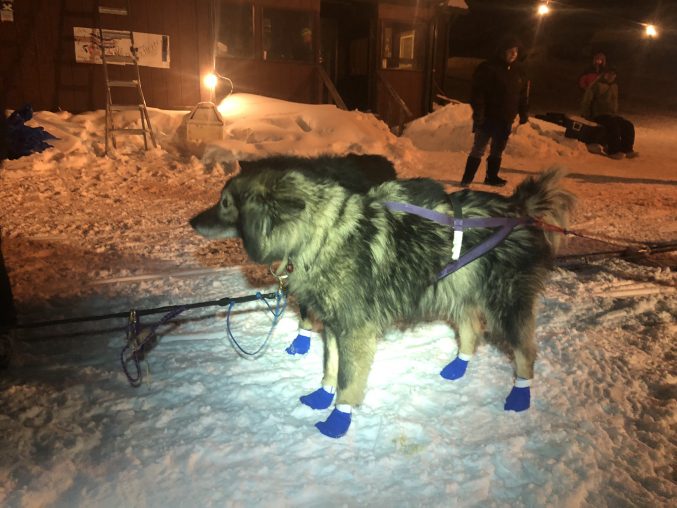 Chilkat, with brother Elias on the other side of the team