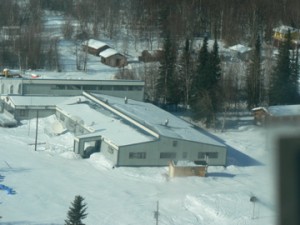 Upon reaching Grayling, mushers and dogs have covered 18 miles of the 148 mile leg of the Iditarod Trail that runs up the frozen Yukon River.  The village to village snowmachine trail is easy to follow but that doesn’t mean it’s an easy run.  The Yukon River is famous for its blustery conditions.  The winds will be howling, blowing head on from the north and the air temperature will be below zero.  Combined, those two factors can make the run up the mighty Yukon seem endless.

Shortly after leaving Anvik, the mushers will encounter two bends in the river that mark very spectacular scenery.  Just around the first bend, the west bank rises in a series of ridges that tower hundreds of feet above the ice covered river while the east bank stays low.  The next bend is six miles further.  Here there is a peak that rises at least 500 feet above the river.  The slopes running down to the shore are very steep.  In Trail Notes, Don Bowers advises the mushers that upon reaching Grayling, they’ll leave the river on the west bank and follow the main street of the village to the checkpoint located in the community center and park their teams near the school.

Grayling has a population of 174.  Most are of Athabascan decent.  Forty-three students attend the David Louis School that houses the community library and Pre-Kindergarten thru 12th grade.        Being only 18 miles up river from Anvik, the climate is very much the same.  High temperatures in July range from the lower 50’s to the upper 60’s.  Low temperatures in January range between -15 and zero.  If the wind is blowing at 30 miles an hour (as it often is) and the temperature is minus 15 (as it often is), the wind chill would be – 46 degrees.  That’s what the temperature would feel like on exposed skin.  Wind chills below -10 degrees are considered BITTERLY cold.  Wind chills below -20 degrees are EXTREMELY cold.  Exposed human flesh can begin to freeze in just ONE minute.  You can bet the mushers are wearing face masks and eye protection as they run up the Yukon from Anvik to Grayling. 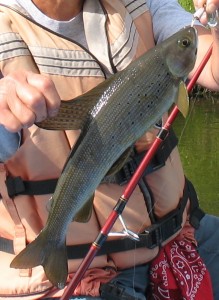 Did you know that there is a fish called the Arctic Grayling?  I wonder if the village of Grayling got it’s name from this fish?  I was curious so I did a Google search for grayling and this is what I found out.  The Arctic Grayling is a cousin of the Trout and has many salmon like behaviors.  For example, like salmon, grayling swim up river in the spring to return to their spawning and feeding areas.  Grayling winter in deep cold pools of medium sized rivers or large glacial rivers like the Yukon.  During the Ice Age, grayling survived in glacier less areas of the Yukon River Valley.  After the Ice Age, they spread through the rivers to nearly all of Alaska.  Grayling are plentiful, fun to catch and good to eat.

Well there you have it – a snapshot of Grayling, running up the Yukon, bitterly cold and extremely cold windchill and grayling.  Next Handler is going to tell us about the checkpoint of Eagle Island, the Mighty Yukon and a famous gold rush dog named Yukon.  Stay tuned and remember, in everything do your best every day and have a plan. 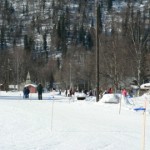 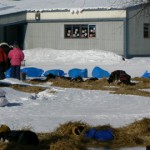 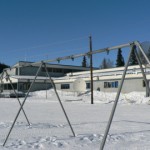 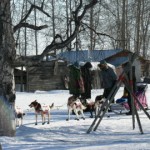 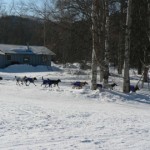 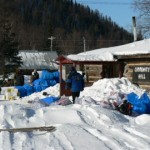 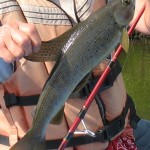 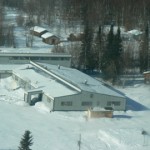