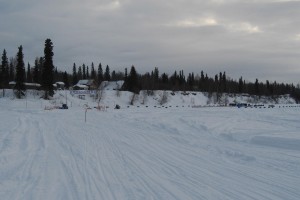 The distance from Yentna Station to the second checkpoint, Skwentna is 34 miles. These are easy miles for the mushers and dog teams as the trail follows the Yentna River until joining the Skwentna River a couple of miles short of the checkpoint. Most mushers find the trail easy to follow but a few take wrong turns along the many channels and sloughs. Handler has told me about mushers coming into Skwentna saying it took twice as long as it should have to get there because of following a wrong trail. I’ll bet they paid close attention to the official markers after that! 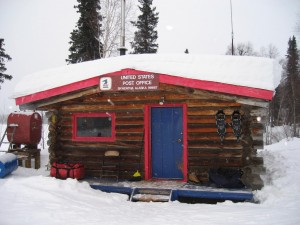 Skwentna checkpoint is located on the Skwentna River at the Post Office and the home of Joe and Norma Delia. Joe has been the postmaster in Skwentna since 1948. Skwentna has a population of 75 in the winter and about 250 during the summer. There aren’t enough children in the area to have a school so the kids who live there are home schooled. Folks come to the post office by snowmachine, plane or dog team in the winter and boat in the summer. Average rainfall per year is 27 inches and average snowfall is 118 inches. In January, the Delias experience temperatures from 30° below to 33° above and in July the thermometer can dip to the lower 40’s soar to the mid 80’s. Athabascan Indians have fished and hunted along the Yentna and Skwentna Rivers for centuries. 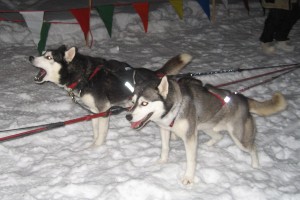 You can’t believe how exciting and noisy it is to have all the Iditarod teams come through a checkpoint in just 12 hours. As the race goes further down the trail, it spreads out but in the early checkpoints like Yentna Station, Skwentna, Finger Lake and Rainy Pass, all the teams are still pretty close together. My handler actually works at Skwentna as a communications volunteer and says the best part is to see all the awesome dogs, telling them all “GOOD DOG” and petting as many as possible. In 2008 the first team made it to Skwentna at 20:49 (remember that’s military time) and 15 hours later the last team was on the way to Finger Lake. 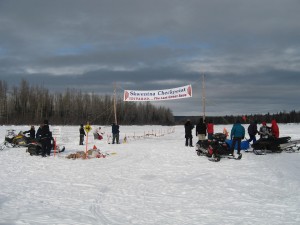 There are about 40 or more people who come together to make things happen at Skwentna. The River Crew comes in from Tacoma, Washington. They lay out straw bales, sort food, heat water, park teams and act as checkers. The Skwentna Sweeties come from Eagle River, Alaska. They provide hospitality by cooking great meals for all the workers and the mushers. There are five or six veterinarians, a race judge, a race marshal and a handful of communications people. When you work a checkpoint, everyone has a very important role. It’s just like the dogs and mushers going down the trail – everyone has to work as a team. Do you know the true meaning of TEAM? Together Everyone Achieves More.

Well, there you have it – a little information about Skwentna, the folks who live there and the volunteers that come together to make things happen. Next Handler will tell us about Finger Lake – that’s the third checkpoint. Stay tuned for that story and remember, in everything do your best every day and have a plan. 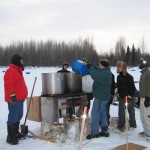 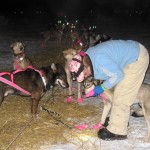 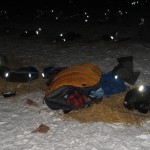 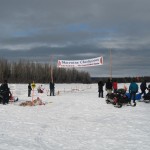 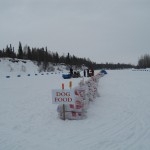 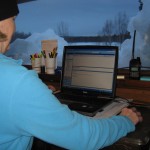 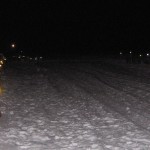 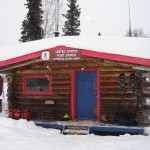 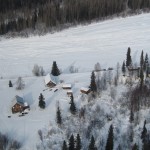 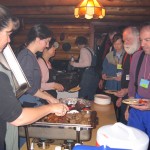 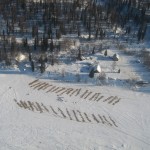 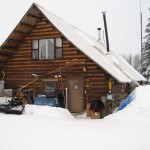 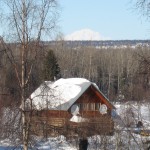 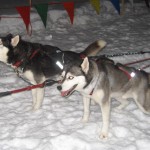 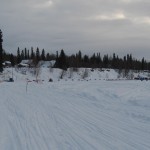 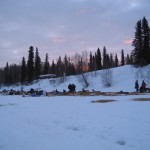