Cell Structure and Function: A Cell Metaphor: Each Has a Role in Reaching the Goal by Sid Lucas 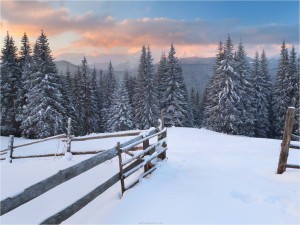 Essential Question:  How do cells function? (Cell Structure and Function) By Sid Lucas

This lesson was created for middle school, grades 6 – 8.

Plasma Membrane: Controls what enters and exits the cell in order to maintain balance within the cell.

Kennel Fence: Controls what enters and exits the kennel in order to keep dogs in and unwanted intruders out.

Snow: Fills the kennel, supports the activities of the kennel, and provides the base for sleds to move around.

Nucleus: Controls all of the cellular activities and provides the instructions (DNA) for making proteins.

Musher: Controls all of the activities of the kennel and makes decisions on how to produce a successful Iditarod dog team.

Lysosome: Digests, breaks down, and removes waste or unwanted materials from the cell.

Poop Scoop: Cleans up and removes dog waste from the kennel.

Golgi Apparatus: Sorts, packages, and transports proteins from the cell.

Dog Truck: Organizes and houses dogs as they are transported to a training run or race.

Dog Food Cooker: Prepares the dog food to be used for energy to fuel the dog team.

Cytoskeleton: Provides the cell with structure and is used to move materials within the cell.

Post and Chain: Keeps structure by controlling the movement of dogs within the kennel.

Vacuole: Used for storage of materials within a cell.

Ribosome: Makes proteins to be used by the cell or to be sent out of the cell for use somewhere else.

Whelping Pen: Used to provide a place where puppies are born.

Protein: The final product produced by a cell and used for life processes.

Iditarod Dog: The athlete produced in the kennel for the purpose of racing The Last Great Race.