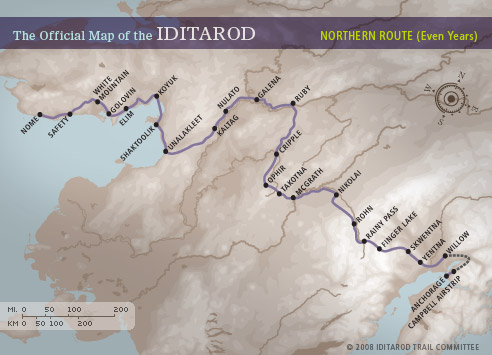 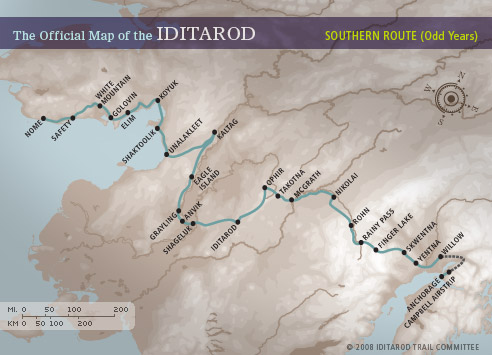 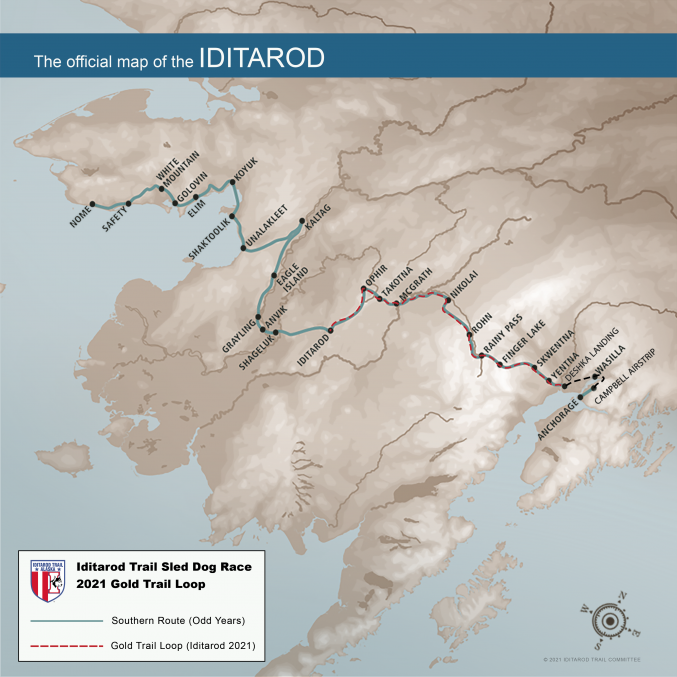 2021 Iditarod trail route may change, based on circumstances.

Please note: Distances on each year’s race map are estimations as the actual trail placement can vary from year to year based on conditions and can affect the actual mileage. 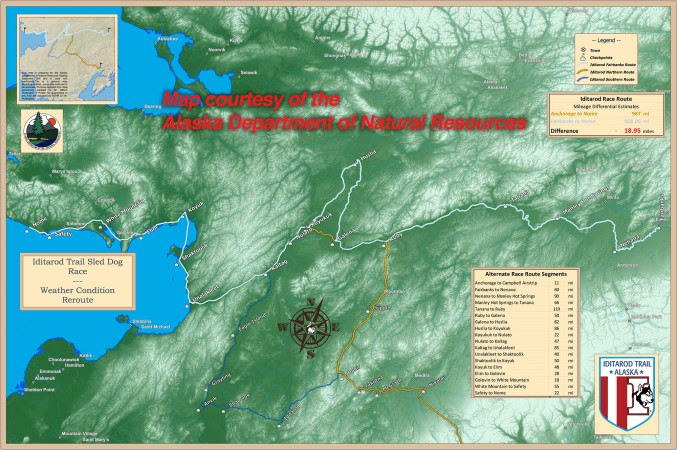 Map courtesy of the Alaska Department of Natural Resources