A Century of Dogsledding – Denali Kennels 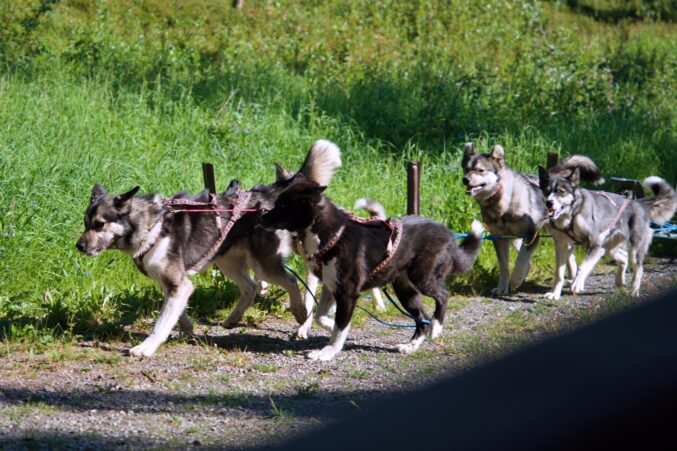 Dogsledding has been part of life in Alaska for a very long time. As snow machines (mobiles), planes, and four-wheel drive vehicles started appearing in the remote areas of Alaska, the sled dog began to disappear. The Iditarod was established as a race to revive the use of, and appreciation for, the sled dog – and it did just that. However, there is one place that didn’t need to be reminded or convinced of the importance of sled dogs. Sled dogs have always been part of the fabric of Denali National Park. 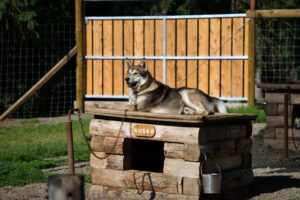 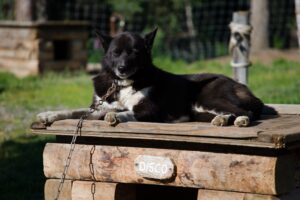 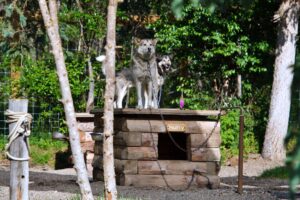 Denali was founded in 1917 (as Mount McKinley National Park) and the first dogs in the Denali Kennel were purchased in 1922 to help patrol remote areas. That makes this year the 100th anniversary of the Denali Kennel. In fact, the National Park Service was the first sled out of the chute this past March at the Iditarod Ceremonial Start in downtown Anchorage. This honor was bestowed to celebrate their long history using and promoting sled dogs. 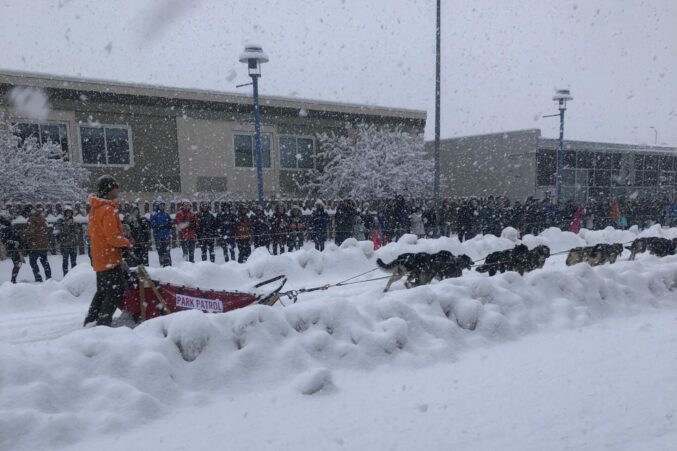 The Denali dogs were definitely a little confused running down 4th Avenue. They tried to turn, stopped, and needed a helping hand to get on the move – but can you blame them?  These dogs are used to running in the most inaccessible regions of Denali National Park. The crowds, the music, the shipped in snow – all of it had to be overwhelming and strange! 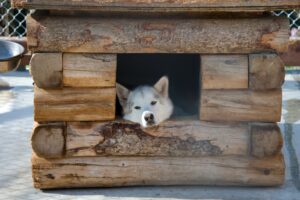 Last week we met the Denali Kennel dogs. My first takeaway – they are so much bigger than Iditarod racing dogs!  Denali dogs are bred to pull supplies and materials to the distant cabins and research sites in the park. They may not have the speed of an Iditarod champion, but they sure have the muscle to pull a sled.

I was personally excited to see a couple of the dogs from the 2016 litter celebrating the 100th anniversary of the National Park Service. Their litter theme is “birthday party” and it was great to see Piñata and Party lounging in the dog lot. 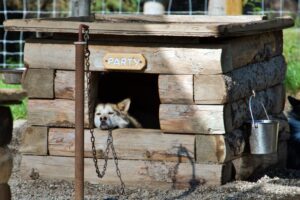 The life of the Party!

Ranger Caleb gave a great presentation about the history of dogsledding in the park, including the important work of the first Park Superintendent Harry Karstens in acquiring the first 7 dogs to create the Denali Kennel in 1922. He explained the short-lived experiment with motorized patrols, and the impact of the Alaska National Interest Lands Conservation Act (ANILCA) which tripled the size of the park, changed its name to Denali National Park, and created Wilderness (with a capital W). This designation means that exploration of these areas must have the “least technological impact” possible. According to Ranger Caleb this can mean an axe instead of a chainsaw and dogs instead of a motorized vehicle.

It was a hot day, near 80 degrees, so the dogs did a pretty short cart-pull demonstration. They were so excited to run! Ranger Caleb shouted to the crowd over the howls and screeches of the dogs, “When was the last time you were so excited to do something you couldn’t stop screaming?” I had to think about this.  Maybe the day I found out I was selected as the 2023 Teacher on the Trail?  Perhaps this is a small thing sled dogs and I have in common – we can’t wait to get out on the Trail. 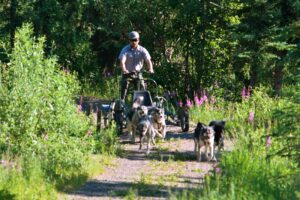 Ranger Caleb and the Denali team. 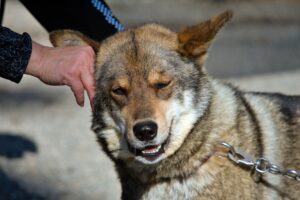 Library Learnings:  Excitement is a wonderful feeling, especially if our expectations are met. What do your students get excited about?  What event or opportunity would they “howl” for? Concert tickets? A snow day? One million dollars? What part of Iditarod 2023 are they most enthusiastic about? This September grab a copy of Mo Willems’ latest addition to the Pigeon collection, The Pigeon Will Ride the Roller Coaster, to facilitate a discussion about excitement, appropriate responses (maybe howling and screeching isn’t the best way to show enthusiasm in the classroom), and setting realistic expectations.