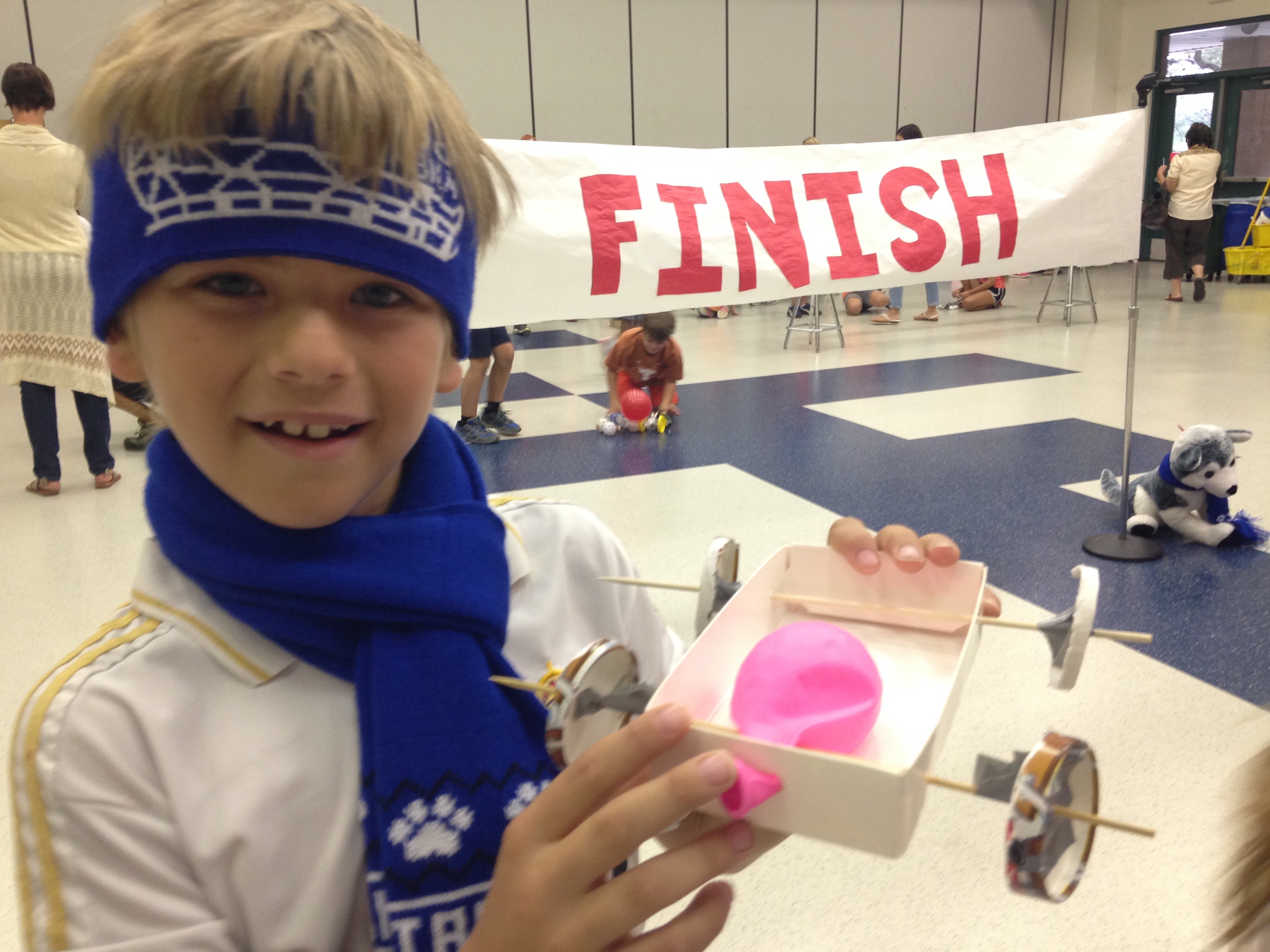 Our “iron dog” racers made it all the way to the finish line using Newton’s 3rd Law of Motion! 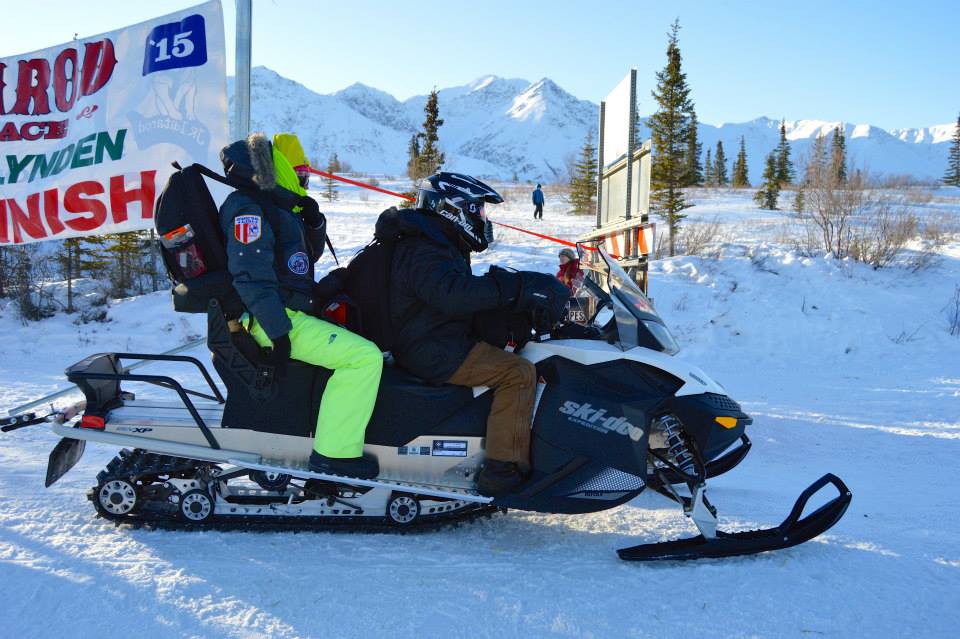 This week our Eanes Elementary School fourth graders have been continuing our research about energy, force, and motion in our science classes.  We learned about Newton’s Laws of Motion, and we decided to put our knowledge to the test.  In a wonderful STEM activity, our students created balloon racers using their science knowledge.  My class put an Iditarod twist on it and designed snow machines, “iron dogs,” using air from a balloon and a straw to move them.

Erin Montgomery, the 2015 Iditarod Teacher on the Trail™, had an interesting post from the trail sharing about her first experience riding an iron dog on the trail.  This was great inspiration for our lesson.

I learned about the term “iron dog” while in Alaska, and my class had an interesting conversation about the term and why it would be used in the state where dog mushing is the official sport!  I saw many snow machines, or snowmobiles, in Alaska at the start of the Iditarod, and I found out that they are used throughout the race to carry people from place to place.

I remember distinctly seeing Jeff Schultz, the official Iditarod photographer, heading out on an iron dog ahead of the mushers at the 2014 Iditarod start in Willow.  It looked like great fun. 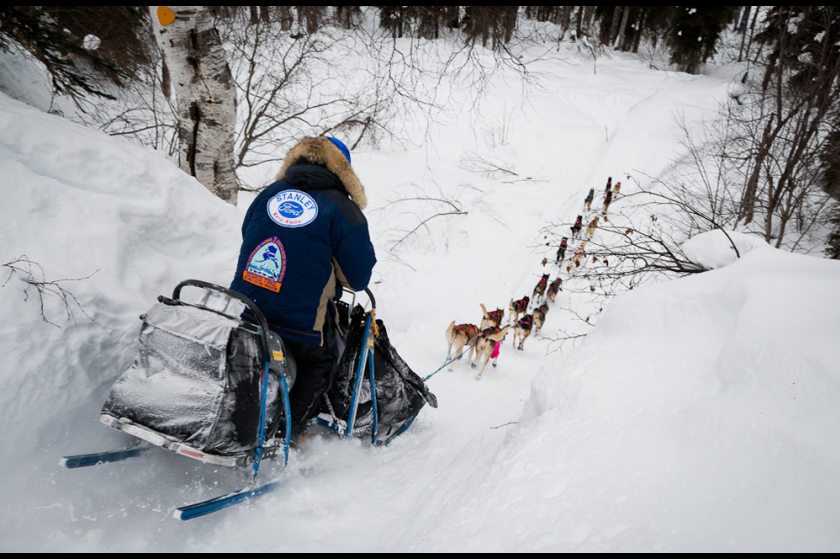 Newton’s Third Law of Motion says that, “For every action there is an equal and opposite reaction.”  So what does this mean?  When we let go of our balloon racers, the air was released, and the iron dog moved in the opposite direction.  StudyJams online has a wonderful video about the laws of motion for your students to watch.

First, we spent a little time learning about potential and kinetic energy.  Basically, potential energy is stored energy such as pulling back on a bow and arrow, or sitting at the top of a roller coaster.  Kinetic energy is the release of that potential energy; energy on the move.  When I thought of these forces, I immediately thought about the infamous Happy River Steps of the Iditarod at Rainy Pass.

The steps start at the top of a steep incline, where potential energy is stored as the musher leads his/her team to the top.  As they descend the notorious Steps, the potential energy changes to kinetic energy, and they are quickly on the move.  I created some simple classroom posters highlighting the differences between the two for teachers to share: 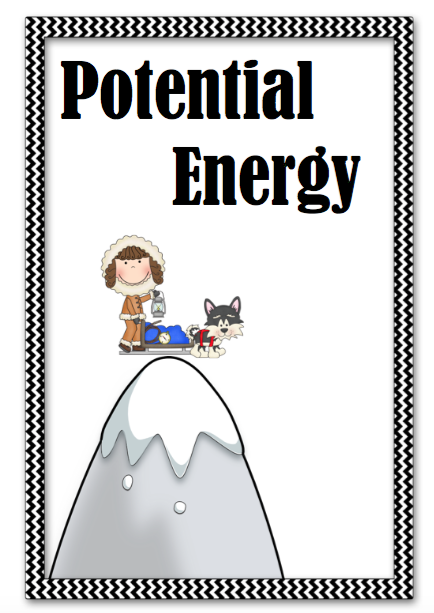 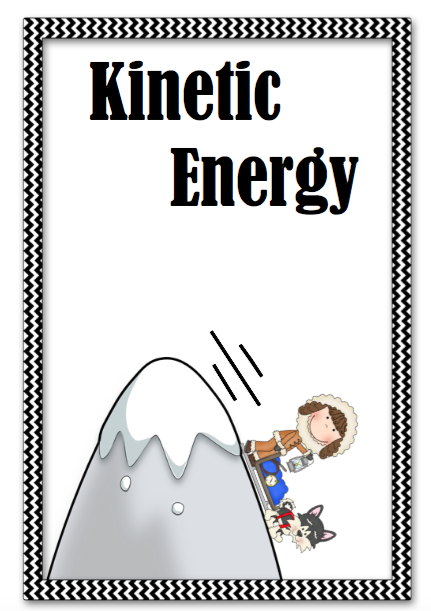 We spent time in class in our morning meetings sharing tips and ideas about our iron dog designs; more than one balloon, extra straws, an inclined plane in the front, big wheels, small wheels.  There are many, many strategies and variables for these innovations.  It is fantastic to see children designing, creating, and adapting for better results. 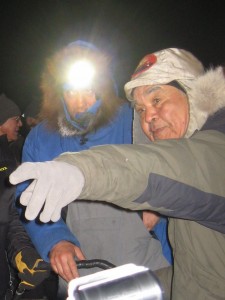 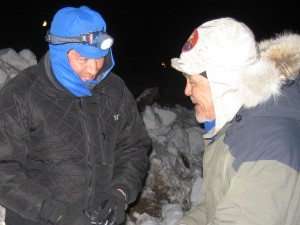 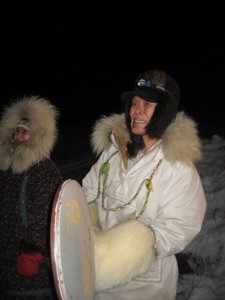 My STEM planning sheet is a great way for students to plan their designs.  This project was created at home, but can easily be made at school using recycled materials and art supplies.  We gave our students a rubric to follow for the designs, and a written paragraph was required as well. 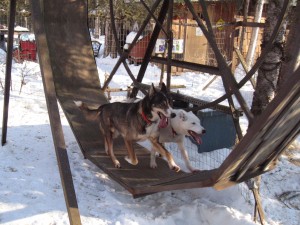 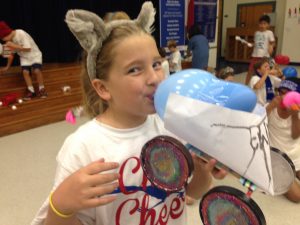 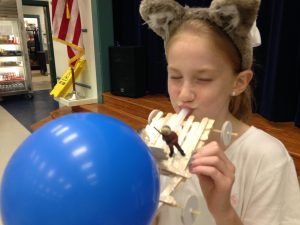 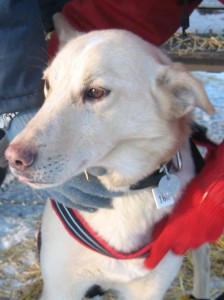 We brought our iron dog racers to the cafeteria and set up our finish line.  There, we used Newton’s Third Law of Motion and raced our inventions.  When we blew up our balloons through the straw, we covered the straw and held it on the ground (potential energy) and then we released them (kinetic energy) and watched our STEM designs in action.  Smaller wheels and lighter loads seemed to go farther than others. 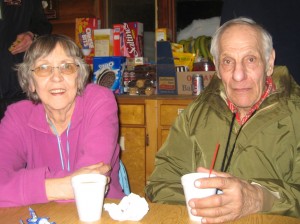 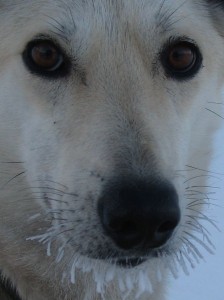 This is STEM, or STEAM, at its finest!  When students use their critical thinking skills to engage in the world in a creative way, it makes our classroom lessons so much more meaningful and memorable.  This is a perfect activity to achieve that goal. 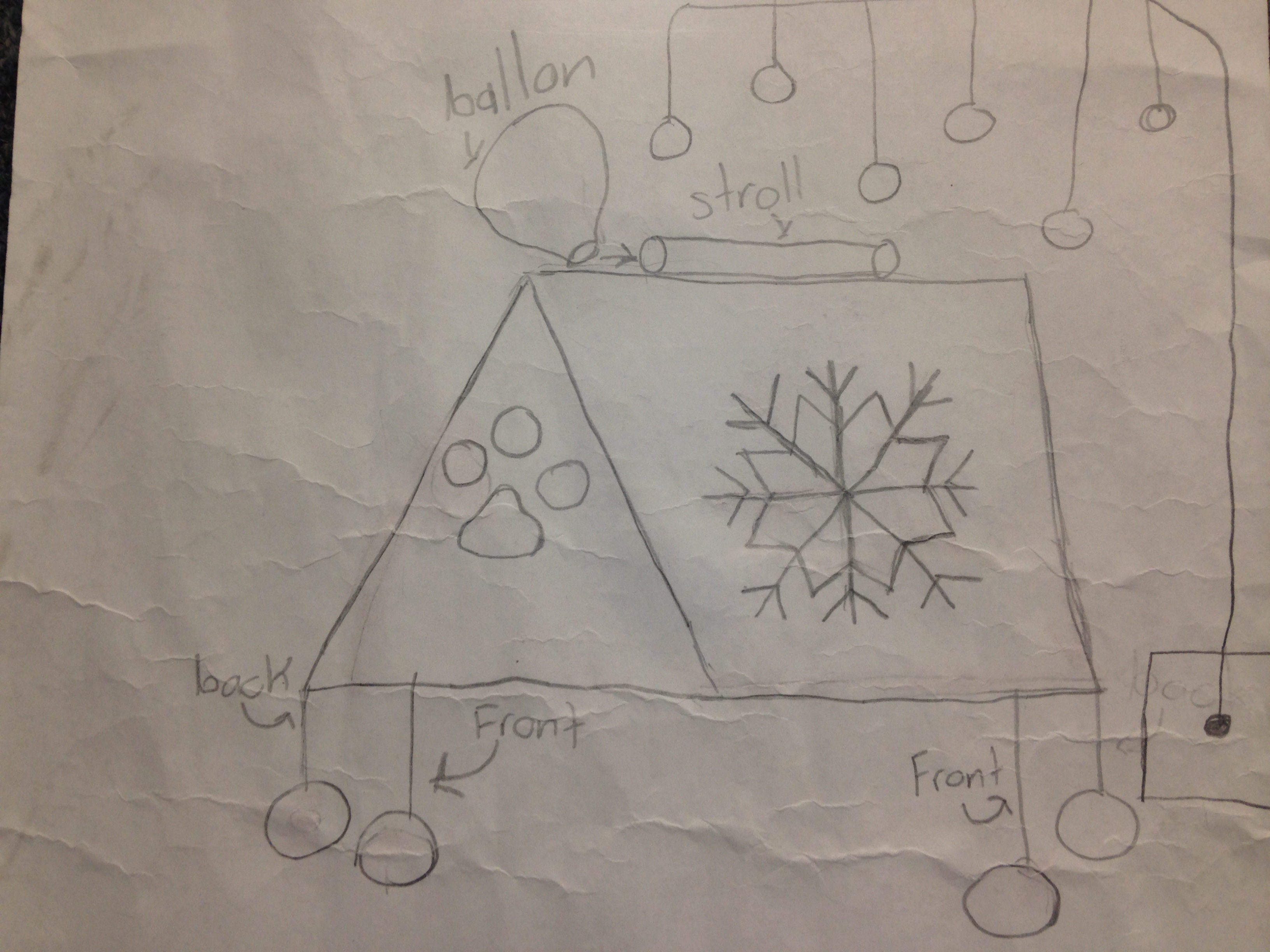 A student drawn prototype of the iron dog! 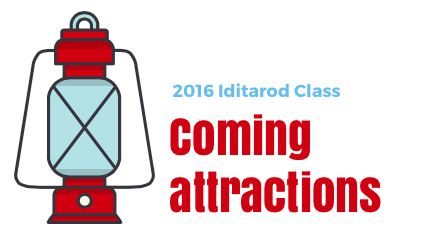 Coming soon we will celebrate the legendary Iditarod artist, Jon Van Zyle.  In 2016 Jon will create his 40th official Iditarod poster.  I was thrilled to get a glimpse of the painting at his home in June at the Summer Camp for Educators in Alaska.  My class had the honor of interviewing Jon, and we will highlight him in a future post! 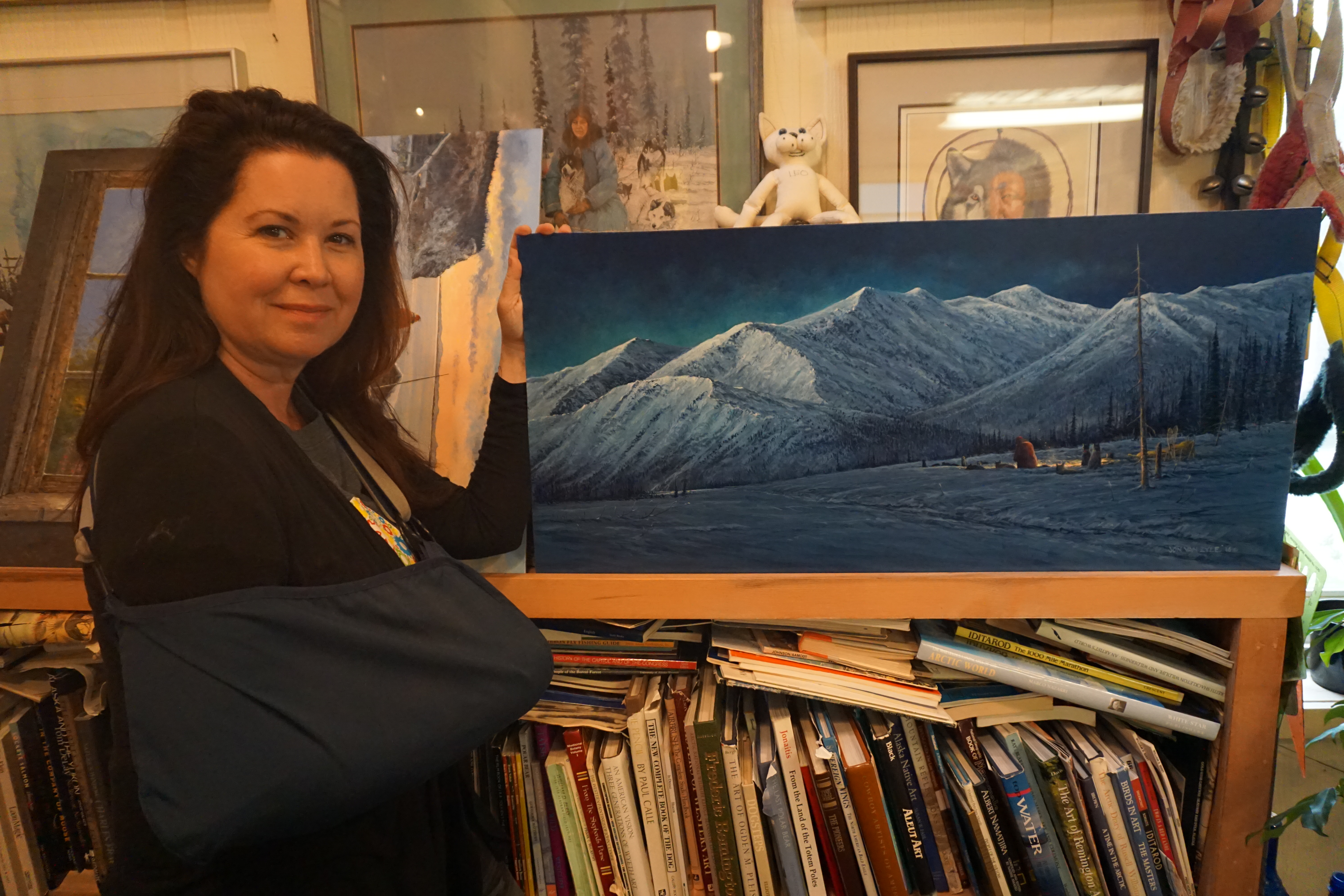 Are you interested in taking on the challenge of being the next Iditarod Teacher on the Trail™?  The deadline for applications is December 1st!  See the links above for information, or click here for the application to download.