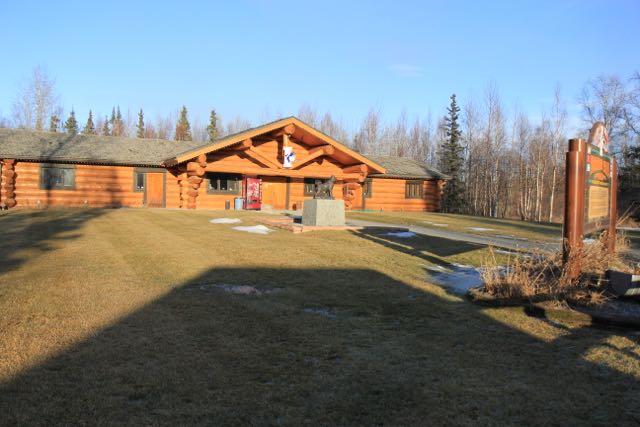 After landing in Anchorage early this week, the real deal of NO SNOW is staring handler right in the face. There’s no snow! It’s been warm and it’s even rained so that lakes aren’t looking too solidly frozen either. Driving north to Wasilla doesn’t improve the situation. She even heard someone comment, “Our winter is over.” Sure looks like it.  Having just departed Wisconsin with many days of subzero temps, serious wind chill, moderate snow cover and a couple of feet of ice on our lakes she says it sure looks and feels like spring in the 49th state.

Mushers in the low to no snow belt have been training on the Denali Highway all season.  The road runs between the Parks highway at Cantwell and the Richardson Highway at Paxon.  The road isn’t maintained during the winter.  There’s plenty of snow so it’s been the spot to train for mushers and now it’s the spot that saved the Junior Iditarod.