Stories From the Trail 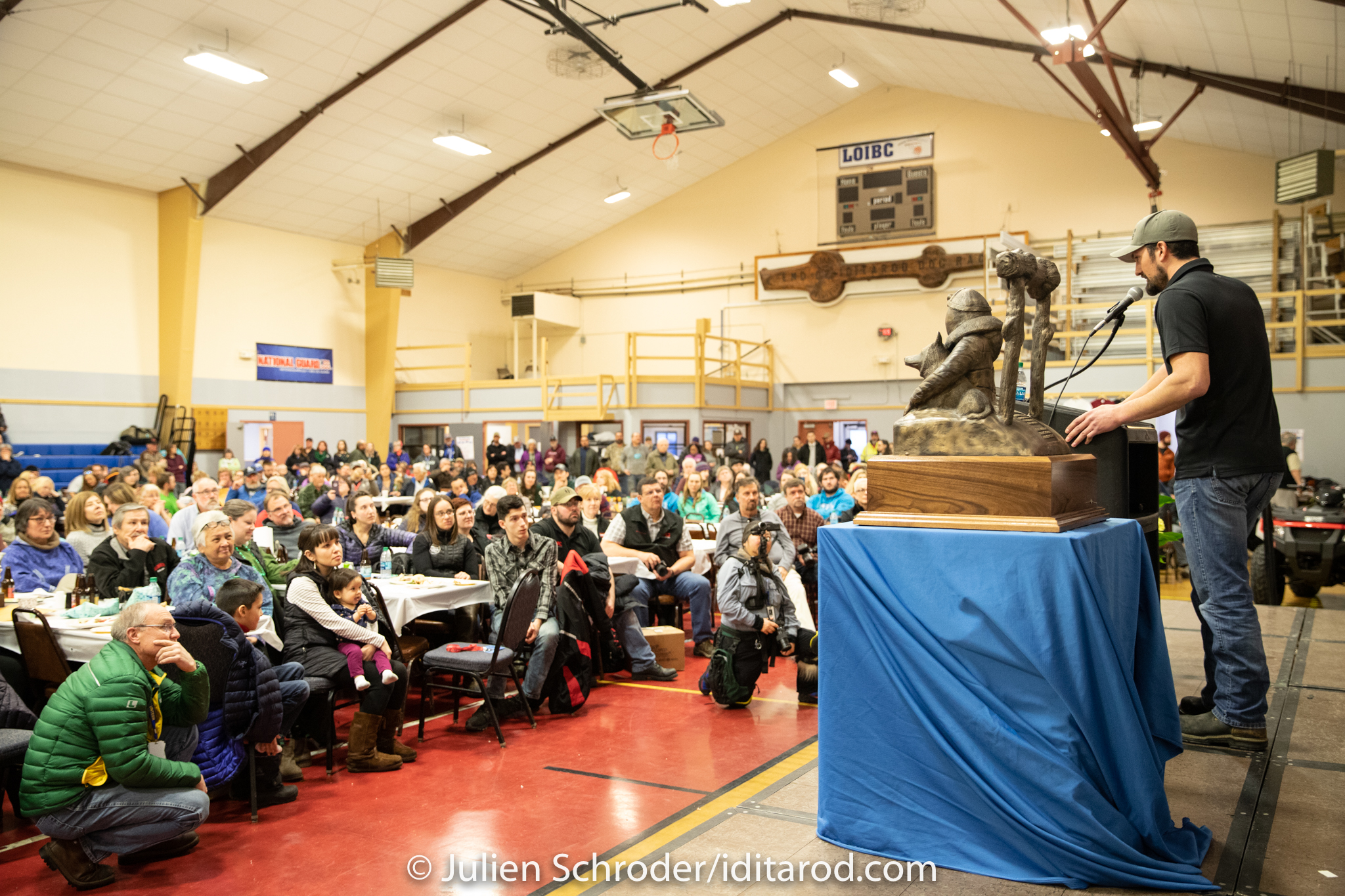 This evening was the Iditarod XLVII Awards Banquet at the Nome Recreation center. The intent of this event is to recognize the current finishers of the 2019 Iditarod and also to award several of them for various accomplishments while being on the trail. You must remember that the race is not over until the last musher crosses under the Burled Arch. The mushers who are still on their way to Nome also receive a banquet following the Red Lantern’s arrival.

Mushers had the opportunity to go up on stage and address the audience. Most mushers thanked their sponsors, family members, friends, handlers, race veterinarians, volunteers, and most importantly, their dogs. Mushers also made it a point to thank each other for the tremendous support that was given throughout the race. Several mushers shared stories from the trail. 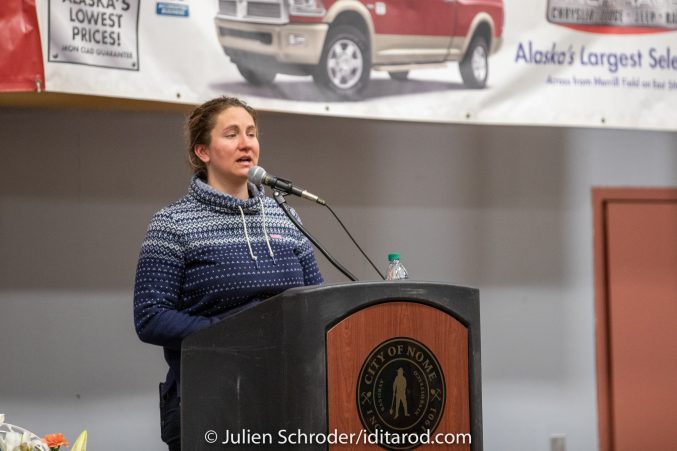 Sarah Stokey showed emotion while she talked about her exhaustive efforts and obstacles that she encountered during this year’s race. Many mushers referenced the tough trail conditions, and she was no different. Sarah talked about how toward the end of the race, although her dogs were eager to run, none of them wanted to lead. Her options were limited; she could’ve turned around and walked 10 miles to scratch at the closest checkpoint. Or, she could go forward 12 miles and make it to Nome. Sarah finished the race and undoubtedly exhibited tremendous perseverance. 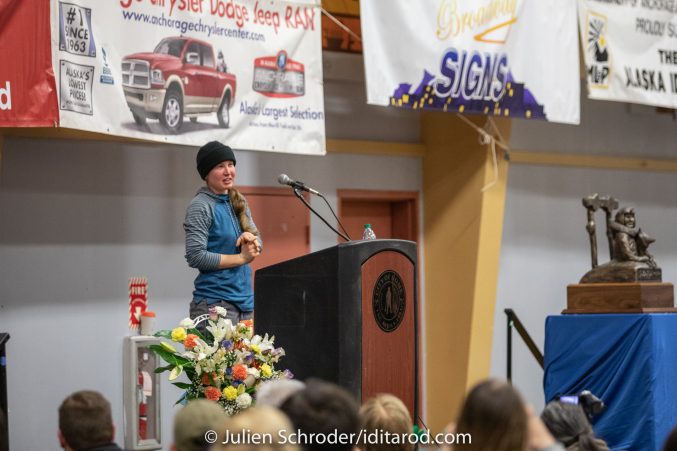 Alison Lifka, who was a rookie this year, talked about how challenging it was to make it to Nikolai toward the beginning of the race. She acknowledged musher Jeremy Keller for stopping and giving her helping words of encouragement and advice. This was one of the many examples of mushers showing support for each other. 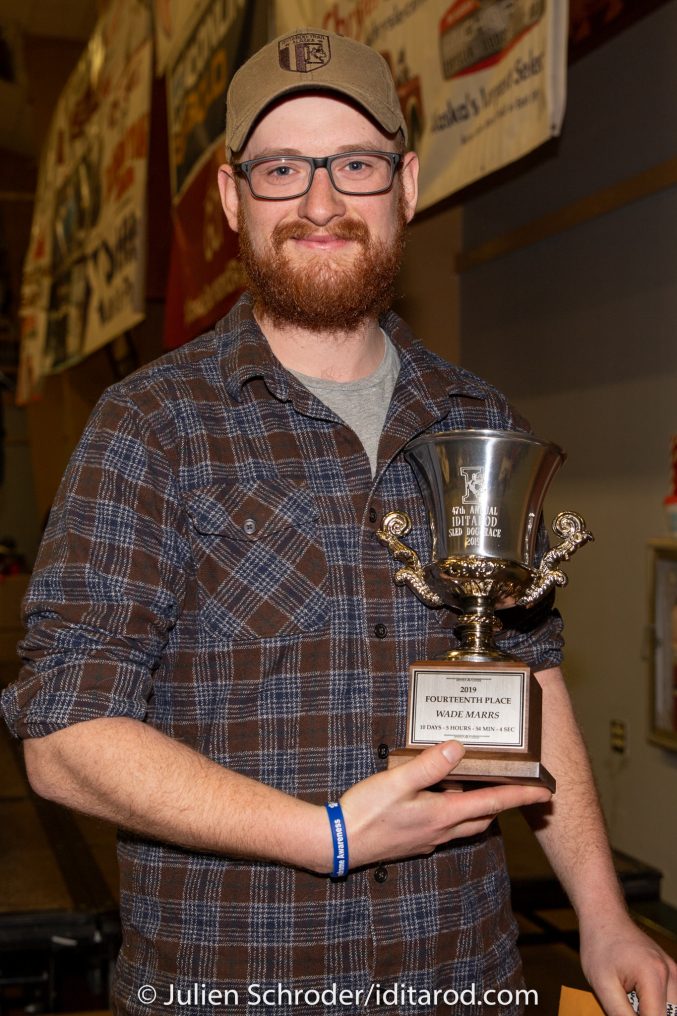 Wade Marrs and Martin Apayauk Reitan both talked about the challenges of dealing with broken sleds. Wade talked about how he, at one point, considered scratching. His sled had major issues; however, he evaluated the situation and reminded himself that he built his own sled and was capable of fixing it. Essentially, Wade overcame the boundary and fixed his sled. Martin talked about how multiple stanchions and the runner of his sled broke. Martin broke off some boughs from a tree to fix his sled, the same sled he ended up completing the Iditarod with. Both Martin and Wade showed great resourcefulness and problem-solving skills. 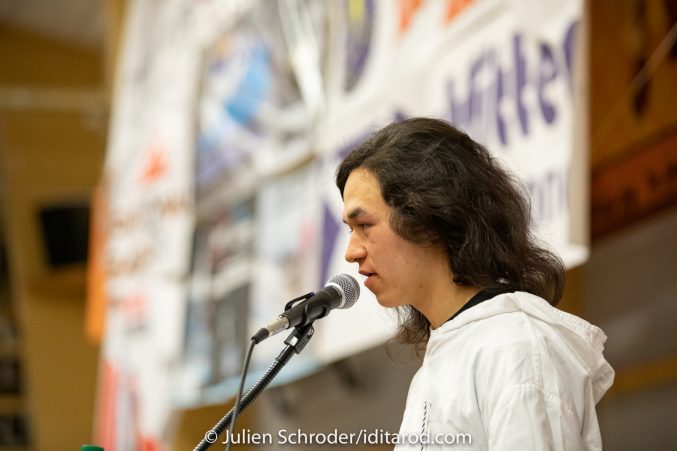 Linwood Fiedler was visibly emotional while he shared the nightmarish story from trail of when his team became detached from the sled. After hitting a stump, Lindwood was sent flying off of the sled and over the handlebars. The carabiner broke which released the team from the sled. Linwood was left in the dark, with no dogs, no headlamp, no moonlight, and only a sled. After some time, musher Mats Pettersson came upon him and immediately began to help before Linwood could get “more than five words out of [his] mouth.” After towing his sled and searching for an extensive amount of time, Linwood spotted his team by a drift in the darkness and Mats waited with him until is was evident that he and his team were safe to continue. Mats exhibited incredible sportsmanship and integrity. 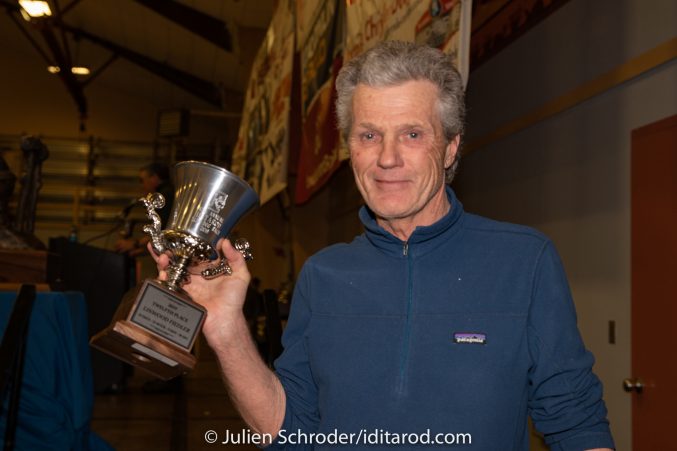 ***Teachers*** As you can see from the some of the stories that were shared, students can learn tremendous qualities, characteristics, and attributes from the mushers and the stories of the trail. Continue integrating the Iditarod into the classroom and have your students learn about some lifelong skills and qualities that will enable them to achieve success.