Gold and the Iditarod 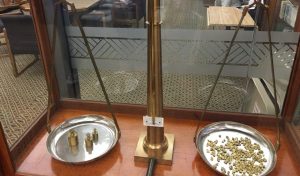 Gold nuggets being weighed on a balance

Paws Along the Trail with the Gold Rush

Gold. Just hearing someone say the word creates interest and a desire to eavesdrop. The Iditarod Trail is remembered for the path it created for winter travel from the gold mines to the ports, usually by dog team.   Between the gold mines and mail carrying, dog teams kept the Iditarod Trail open.  According to an article on Iditarod.com:

The race pits man and animal against nature, against wild Alaska at her best and as each mile is covered, it is a tribute to Alaska’s history and the role the sled dog played.  The Iditarod is a tie to  that colorful past.

The Iditarod Trail, now a National Historic Trail, had its beginnings as a mail and supply route from the coastal towns of Seward and Knik to the interior mining camps at Flat, Ophir, Ruby and beyond to the west coast communities of Unalakleet, Elim, Golovin, White Mountain and Nome. Mail and supplies went in. Gold came out. All via dog sled. Heroes were made, legends were born.  In 1925, part of the Iditarod Trail became a life saving highway for epidemic-stricken Nome. Diphtheria threatened and serum had to be brought in; again by intrepid dog mushers and their faithful hard-driving dogs.  Throughout the years, the sled dogs were important in day to day life in the villages and throughout Alaska.   All of these examples and more are a part of Alaska’s history. http://iditarod.com/about/

The big rush began in 1896 when gold was brought down to Seattle from the  Klondike River in the Yukon Territory of northern Canada. Thousands rushed to the north, traveling through Alaska to reach the gold fields.  Fewer actually made it all the way.  In 1899, gold was discovered near Nome on the western coast of Alaska; the prospectors moved toward the new challenge.  “Gold fever” had spread across the width of Alaska.

Recently, a coworker and I were discussing Alaska. She mentioned that she’d been to Alaska to visit her great-great-grandfather’s claim he made during the Klondike Gold Rush.  The story of her ancestor’s quest for gold follows.

In the late 1800s, William B. Cameron, a territorial senator from Deadwood, South Dakota, and one of the writers of the constitution for the Dakotas, went to Alaska to try his hand at finding some gold.   The family became worried about him as he was diabetic, and back then, diabetes was not regulated as it is today. The treatment of the day was to limit sugary foods  and live on low calorie diets. William was experiencing delirium and not doing well at all. They sent for his son, who, along with his pistol, traveled to Alaska to retrieve his father and bring him home.   The pistol was only used on menacing snakes. The men floated a raft fashioned of logs down the Yukon River. From Circle City, Alaska, they took a steamer to San Francisco, and then traveled home to Deadwood, South Dakota.

The elder Mr. Cameron was semi-successful in his prospecting for gold. The family now has some of his nuggets crafted into cuff links and a necklace.   The gold nugget on the necklace, valued upwards of $3000, was reverently passed around among my 5th grade students. Reactions of surprise rippled through the class as they felt the weight of the nugget! 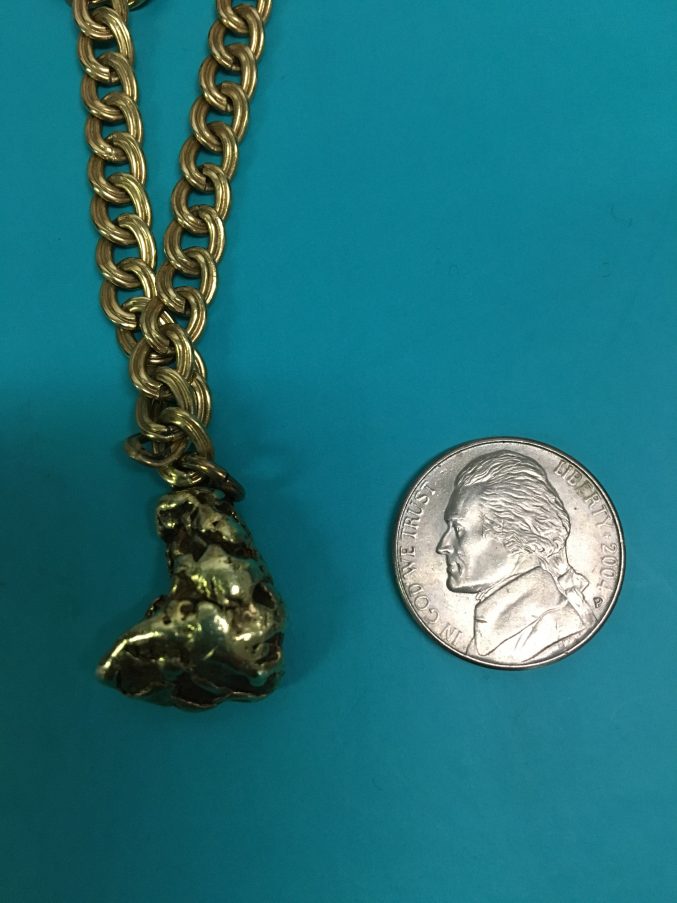 The Iditarod race is steeped in the history of the gold rush in Alaska. I’ve included a performance based task to challenge older students in analyzing primary and secondary sources on the Klondike and Alaska Gold Rush.