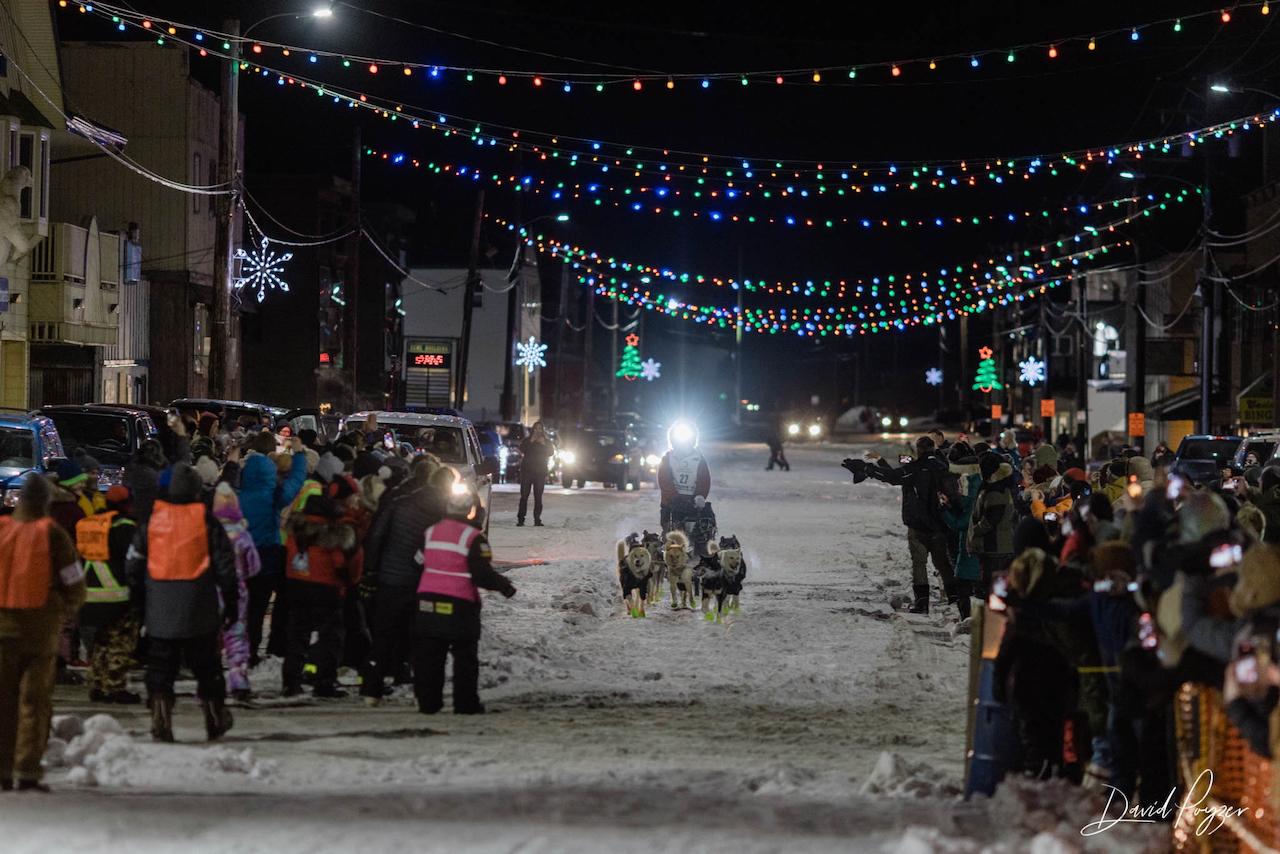 Crossing the finish line in the early morning hours of March 15, 2022, Brent Sass was crowned champion of the 50th Iditarod. I immediately texted my oldest daughter to let her know “her musher” had won the Iditarod. My family became Iditarod Insiders a decade ago and each year we each select one musher to follow and root for. My oldest chose Brent Sass in his 2012 rookie run when she was just 10 years old and has never wavered in her decision to follow his Iditarod races. When we chatted about his win she said, “You know why I picked him, don’t you?” 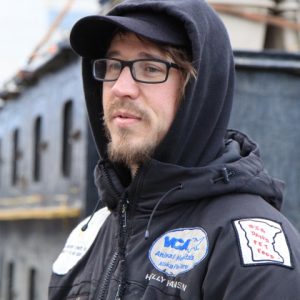 I responded with a mildly embarrassed, mom-fail answer of, “Um, no, why?” Her logic floored me. It is one of the most specific examples I use to explain why representation matters. “He wears glasses, Mom. When I was 10 I had just gotten glasses. He looked like me.” She could have picked Aliy, DeeDee, Kristy, Anna, or any one of the female competitors. She didn’t. She chose the musher who showed her that wearing glasses does not exclude you from sports, even at the elite level. My child was not a dog musher, but she was a figure skater and cross-country runner. Wearing glasses wasn’t always easy in those sports, but she did it. I think Sass was an inspiring force. Students benefit from seeing themselves represented and as parents/teachers we can never guess what kids will connect with; which part of their identity they will find commonality with another fellow traveler on the trail of life. 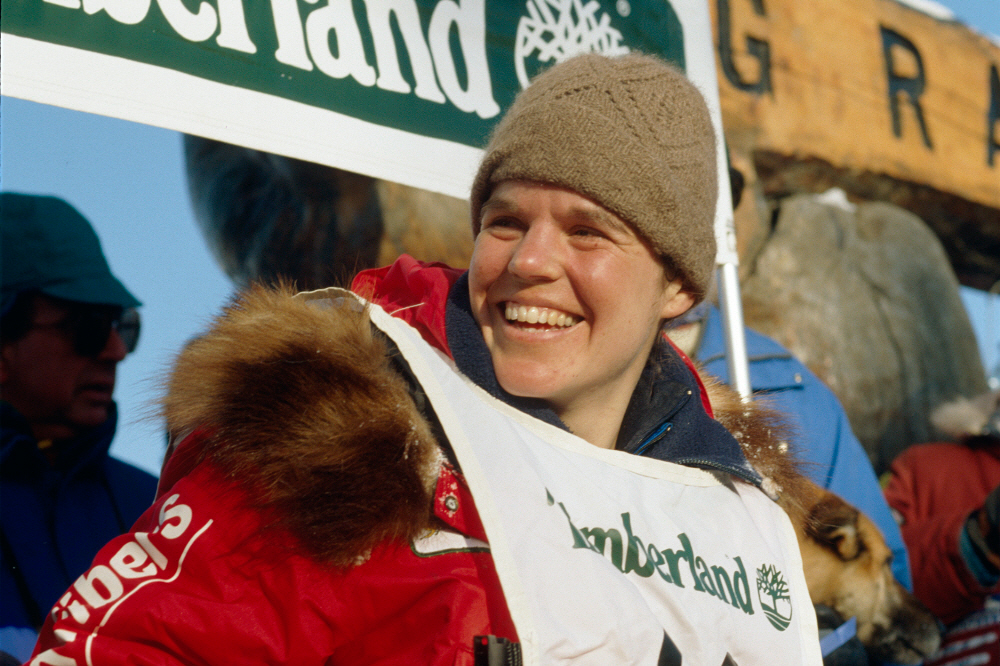 “Iditarod is one of a few sports that pits all competitors against each other, that’s one of the things we love about it,” said Iditarod veteran Anna Berington when asked about the gender equality of the race. This equality always surprises my students when we dive into learning about the Iditarod. I immediately see a sense of awe in the faces of the girls in my classes. They are empowered just knowing there is an elite sport that isn’t divided by gender. Sharing her perspective KattiJo Deeter stated, “There’s no need for [a divide] in mushing.  A lot of being a musher is mental, and men and women can compete equally there.” The thing about representation is it provides a sense of possibility, and a sense of equity. The girls are inspired, and the boys are impressed; their perceptions of gender divided sport is subtly questioned. 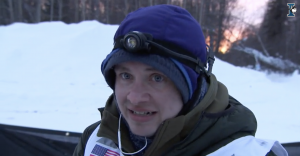 Of course there are challenges to representation in the Iditarod, including the barriers to entering the sport, which I’ll discuss in a post later this month. However, according to 2021 Iditarod finisher Will Troshynski, “I think Iditarod is as equal and as level a playing field as possible in current society.” He has particular insight into the diversity in the race as the first openly trans person to complete Iditarod. Representation – the idea of seeing someone like you – can be transformative. He states, “When I came up to Fairbanks in 2011/12 I found out that there are accepting, open-minded mushers! This was a huge deal for me. This changed my life completely. Suddenly I had a model for being able to be myself, and be a musher.” 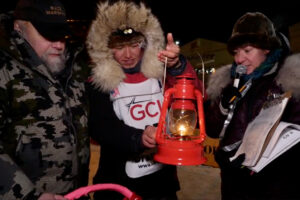 For my daughter, for Will, for our students, we know representation matters. But what exactly is it providing? Troshynski sums it up, “Representation matters. Seeing a possibility for someone like yourself gives you hope. Hope gives you meaning. Seeing someone like yourself doing something you love to do…portrays a confidence in your ability to do a thing. All of a sudden you’re set up for success. That’s an incredible feeling.” In the 2022 race another trans musher – Apayuaq Reitan completed the Iditarod, and received the red lantern from Teacher on the Trail Jim Deprez at the finish. Diversifying representation can be difficult, even scary, in the real world and in our classroom. Yet, since we know how much representation matters, we need to try. Troshynski acknowledges that Reitan’s visibility mattered, “She probably inspired a lot more trans folks to see themselves working with dogs, whether in mushing or some other arena.” 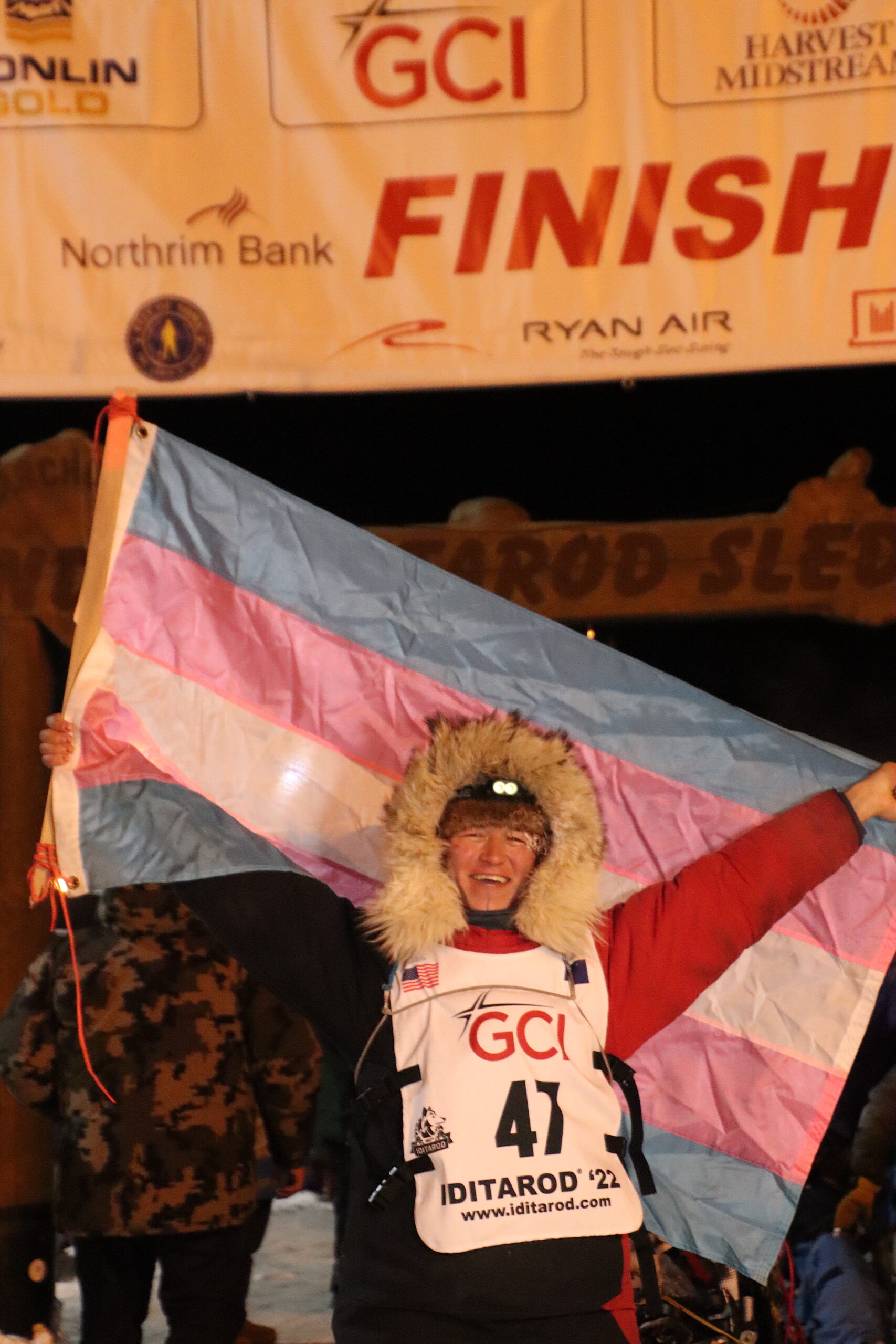 Reitan at the 2022 Finish in Nome. Photo Credit: Iditarod

These examples are just a few of the many ways we see diversity in the Iditarod. Rachel Scdoris is a legally blind musher who finished the Iditarod – TWICE. How about Col. Norman Vaughn whose Iditarod finish at 83 years old proved that age is just a number? Or consider Bruce Linton, a diabetic, a 6 time finisher who needed to take insulin along the route. The lesson plan this month will have a full lesson on incorporating representation and making connections to mushers through a research activity. Stop back to the website on December 10 to hear more about the diverse representation in the Iditarod archives.

Just adding representation isn’t enough, so I’m going to up the challenge. It is relatively easy to show representations of diversity in a lesson; learning about different family structures or investigating holiday celebrations around the world. These are important, but students shouldn’t just see themselves as part of a lesson. My daughter didn’t make a connection because of a classroom lesson called “People with glasses can do sports, too!” She actually saw Brent Sass doing a sport wearing glasses. Students need to see representations of themselves in action. 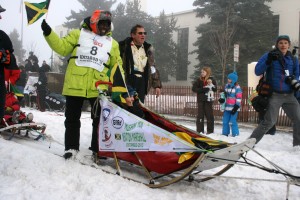 In my library instruction I aim for every book to do “double.” First, it needs to support my lesson goals – teaching compromise, or gratitude, or dealing with change – but it also needs to show a representation of diverse characters experiencing ordinary daily life.* Perhaps the story has a single-parent family, or the mom puts on a hijab before going out to the store, characters speak in a language other than English at home, or the family is Asian, Black, or Indigenous.  Books where the message isn’t about the difference, but students will find those connections to their lived experiences. As Brent Sass says, “It’s on us. It is on the mushers to be a good representation and connect with kids, giving them the opportunity to ask questions and to figure out more about my life. I think they can draw a lot of comparisons to their life.”  Teachers, it’s on us, too.

Library Learnings: I really love the Kamik stories. This series is inspired by the real life recollections of elders from Arviat, Nunavut. In the books Jake and his Inuit puppy, Kamik, learn from their elders everything they need to know to someday become the part of a winning sled dog team. These books are a great way to integrate a representation of Indigenous First Nations peoples when teaching about responsibility, respect, dedication, and perseverance.

*Looking for more diverse book ideas?  Feel free to contact me at emailtheteacher@iditarod.com