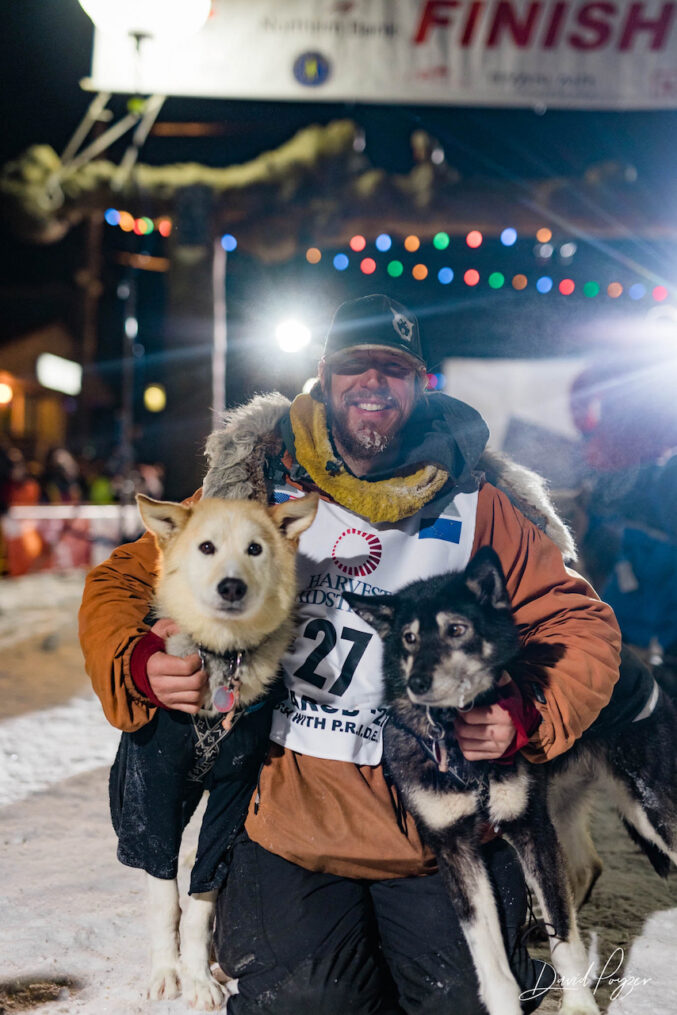 Congratulations Slater, Pink, Garnet, Marble, Morello, Lucy, Woody, Tock, Capone, Pop, Arlo, Kutuk, Jackson and Draco! These are the K9s that helped Brent Sass win the 2022 Iditarod. 11 dogs on the team came under the Burled Arch in Nome with tails wagging and smiles on their doggie faces. Awwooooo! It was quite a trip. The wind between White Mountain and Nome knocked them off the trail, but they found their way and are now resting in Nome.

It is an unusual race this year with Brent Sass and second place finisher Dallas Seavey coming within an hour of each other, but at this writing all other teams are still out on the trail. Don’t give up on your favorite mushers, they are still out there. Cheer them on as they continue their journey to Nome.

My friend Mattix from Tennessee wants to know what the fastest time to Nome was. Mitch Seavey, in 2013, raced to the fastest finish in 8 days, 3 hours, 40 minutes and 13 seconds. BOWWOW! That was fast. On the other hand, in 1974, Carl Huntington had the slowest winning time at 20 days and 15 hours. It doesn’t matter how long it takes, any team that makes it to Nome is a winner in my book. Thanks Mattix.

If you have a question, email me at askzumadog@gmail.com. I’ll answer as many questions as I can in this post. Keep watching!