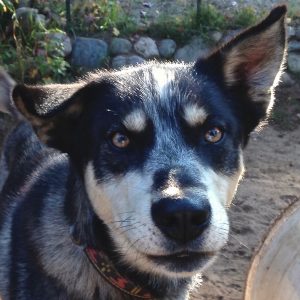 “If we fail to adapt, we fail to move forward.”  ~Jack Wooden, former UCLA basketball coach

The world has been in a state of flux over the past year as it deals with a pandemic that ultimately has changed every aspect of our lives. The pandemic brought with it a whole host of concerns and problems. Families endured separation, social gatherings were non-existent, schools were closed and online learning became the mode, jobs were affected, and much more. But through it all, people learned to adapt and move forward, sometimes one step at a time, but perhaps stronger for their efforts. Small steps were taken and now the world is moving forward again to a possible return to normalcy.

Throughout the COVID pandemic, the Iditarod Trail Sled Dog Race realized that in order to have a race that would be safe to all, change was inevitable. Race leaders decided to persevere and devise a plan. They chose to move forward and provide an alternative trail and safety measures that would continue to celebrate the world of dogsledding. This year’s race was a success!

Change can be scary as it evokes a feeling of the “unknown.” Have your students think about the mushers heading out on a different trail (going out to Iditarod, turning around, and coming back on that same trail). What might be going through their mind? For the rookies, they had never been on this course so it was all new to them, but for the veterans, they knew what lay ahead of them. However, veterans had not experienced a return trip before on that same trail! Now instead of just descending into the gorge, they would also have to ascend it. Instead of passing the Steps once, it would be done again. The Burn and Buffalo Tunnels would be travelled twice. While traveling on the return, they would meet other teams “head on”. Run/rest schedules would not be like they “used to be”, and the water would be completely different on the return trip.

Weather did change on the mushers. Earlier parts of the trail had warmer weather and little snow. That switched when many experienced the fifty below zero degrees from Ophir to Iditarod and deeper snow. Fingers freezing, camping out was uncomfortable, and toes needing warming on a cooker were all obstacles that mushers needed to adapt to and persevere through.

Maintaining the health and safety of everyone on the trail was a huge concern that needed to be addressed. Adaptations were made so the race could move forward. The amount of spectators during this year’s race was very limited. The Ceremonial Start was cancelled, and the restart only allowed designated individuals to attend. Usually villages on the trail would be filled with people cheering on the mushers, talking with them, making food for them and children coming out to greet the mushers and dogs. But due to COVID, all of this was decreased. Mushers many times did not even go into the native villages as race officials wanted to temporarily avoid vulnerable populations for their safety. Mushers were COVID tested multiple times along the trail. The number of volunteers working was limited as well, and everyone was expected to wear a mask. What a change from previous years! But, in order to maintain a healthy race, change was inevitable and the teams persevered. The 49th Iditarod Trail Sled Dog Race adapted and moved forward.

Capitalizing upon the idea of changing, adapting and moving forward, pose the following questions to your students for discussion:

1.  What changes and adaptations have you made this past school year?

2.  What changes and adaptations did the Iditarod Trail Sled Dog Race make this year?

3.  How did the change of trail affect the mushers? (strategies, run/rest schedules, types of sleds used,

4.  How did the change of your “academic trail” affect you?

5.  Bonus questions to interject during discussion:

How many different starting locations have there been for the Iditarod Trail Sled Dog Race?

Did anyone notice a change regarding the Widow’s Lamp which usually hangs on the Burled Arch?

(Since there was no Burled Arch, the Widow’s Lamp was not hanging at the finish line, but the Red Lantern was handed

to the last musher to extinguish after crossing the line.)

Compare and contrast the answers to questions 1-4. Focus on any similarities regarding new ways of learning, different ways of doing things or attitudes for accomplishing a task.

This whole past year has been an enormous change in all lifestyles and activities.  Have your students use one of the quotes listed below, or find one of their own, centering around the idea of change, adapting and moving forward.  Have them explain how the quote relates to their lives this past year and the 2021 Iditarod.

Using photography or videography, challenge your students to find a picture/video or make a video depicting their interpretation of the quote as it relates to them and/or the Iditarod Trail Sled Dog Race 2021. Make sure students cite all sources correctly.

Possible Quotes for Students to Use

“You don’t have to have it all figured out to move forward…just take the next step.”    ~Unknown

“I can’t change the direction of the wind, but I can adjust my sails to always reach my destination.”   ~Jimmy Dean (American Singer)

“The way I look at it, every day that I am moving forward is a day I’m not moving backward.”   ~Bobby Bones (Radio Personality)

“It does not matter how slowly you go as long as you do not stop.”   ~Confucius