Earlier in this school year as a part of our study of National Parks and as a wonderful tie it to the dog sledding theme that runs throughout my school year, my students and I did a Distance Learning Field Trip with Denali National Park.  [LINK] This is a wonderful program that is presented by the rangers in Denai via Skype. Through pictures, videos, discussions, and hands on activities, the ranger introduces the kids to the sled dogs who help patrol the park in the winter to access areas that are not opened to motorized vehicles.

One of the questions which came up was, “What happened to the dogs when they were too old to work at the park?”  We learned that the retired dogs are adopted by families all over the United States.

While I was on the trail this year, I was contacted by Sharon Winter, with the exciting news that she and her husband Dan were lucky enough to be adopting a retired Denali sled dog!  She was wondering if there was a way to keep the kids involved in the sled dogs’ lives and for them to learn what it means to be “retired” to a sled dog.

It will not surprise you to hear that my answer was “YES!” 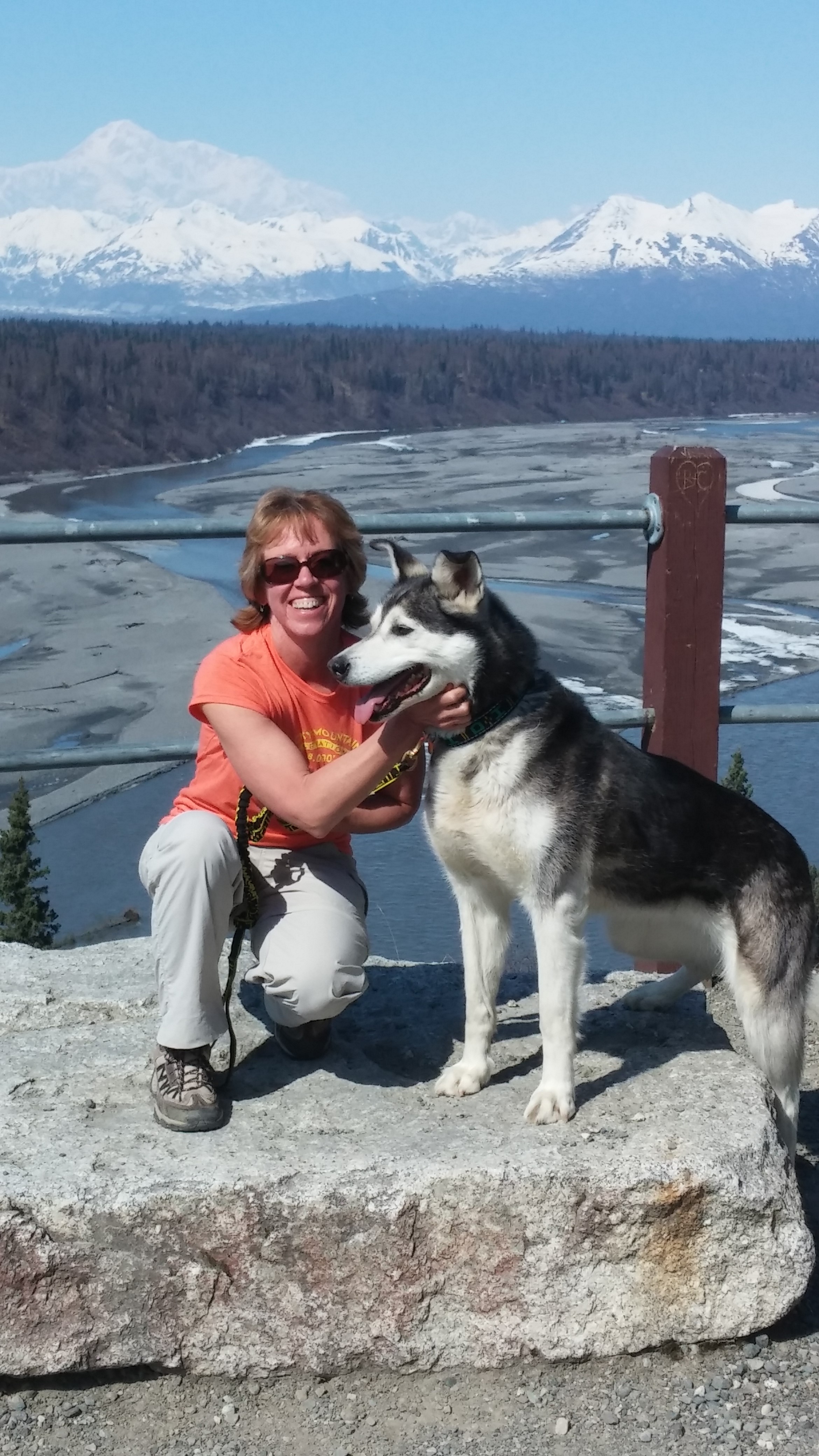 Sharon and Aurora on retirement day! Check out Denali in the background!

This week, my class had the chance to meet Sharon and Dan and their newest family member Aurora, via Skype from their home in Eagle River, Alaska.  Aurora’s full name is Princess Aurora Sparklepants!  She wasn’t born at Denali, but was given to the park when she was young.  She is now nine years old and has been living with the Winters for just about a month now.  They also have two other dogs, Amos and Snoopy.  Snoopy is a tripod dog, but he gets around just fine!

We learned that going through the process to adopt a retired Denali sled dog can take years!  There is a long application process that prospective families have to go through, including providing references.  The park looks at where the dog will live (both in terms of climate and kennel space at the home), if the families are active and can provide enough exercise, and if the families have experience with dogs.  It’s really nice to learn that the park works so hard to ensure that their dogs are well cared for in their retirement.

Sharon reports that Aurora’s retired life is pretty different then her working life, but still pretty different then a pet dog’s life!  She has a dog house outside of the house and has her own fenced in area. The fence both keeps her in and any wildlife in the area out.  She goes for several long runs and walks a day, and spends a lot of time with the family outside during the day.  They are trying to get Aurora used to being inside the house too.  She has really never been inside before!  When they first brought her in she wasn’t used to anything in the house!  She was scared of the ceiling fan.  She doesn’t like the noise of the TV either.  She really prefers to be outside.

We had a really wonderful time talking with the Winters and their dogs.  We learned a lot about how sled dogs live their lives when they are retired and it was a great way to wrap up our sled dog filled year!