Paws Along the Trail with Returned Dogs

Mushers began the Iditarod race with a maximum of 16 dogs before 2019, now they start with 14.  They must end with no less than 5.  Students often are concerned about what happens to the dogs that don’t finish the race. 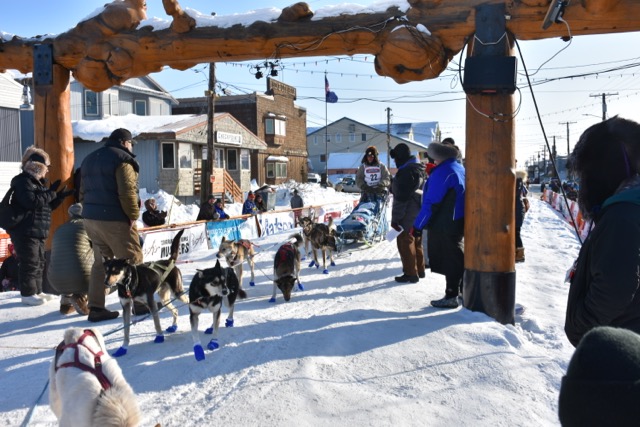 Lev Shvarts and his team come into Nome.

If a musher feels a dog doesn’t want to run anymore or has another issue like an injury or something as simple as a female in heat, he/she may leave the dog in a checkpoint with the dropped dog team. These are volunteers and veterinarians who care for the dogs, like babysitters, until the dogs can be transported back to Anchorage.  I observed the tender care given to these dogs in the checkpoints. The vets personally checked on the dogs often and gave them plenty of attention and treatment if needed.

In Anvik, when a plane came, some dropped dogs and I flew together to Unalakleet! I wondered how it would be to ride in the back of a plane with hyperactive dogs.  The soothing sound of the plane engine had a calming effect on the canine athletes.  They just cuddled together and fell asleep!  Once the dogs reach a major airport such as McGrath or Unalakleet, the dropped dog volunteers get them on a larger plane to Anchorage.

In talking with a veteran dropped dog volunteer, she shared interesting information about this job.  Before the race, mushers submit the name of a designee who is notified when one of their dogs is flown into Anchorage.  Because collars and tags can fall off, the dropped dog volunteers check the sled dogs’ microchip and continue paperwork.  The dogs are immediately fed, made comfy with straw and blankets, and re-examined by veterinarians.  The musher’s designee, often a dog handler from their kennel, picks up the dog shortly after arrival. It’s usually less than a day.

The goal, of course, is to finish with the entire team.  There were several mushers in the 2018 Iditarod I talked with about their disappointment in having to drop members of their team for various reasons.  Noah Periera said, “They are some of my best friends!  I am really sad they aren’t with me.”

Students have asked what happens when a dog has a problem in between checkpoints.  The dog rides in the sled for awhile until the next checkpoint!  Sometimes a dog gets a ride just to preserve some energy! 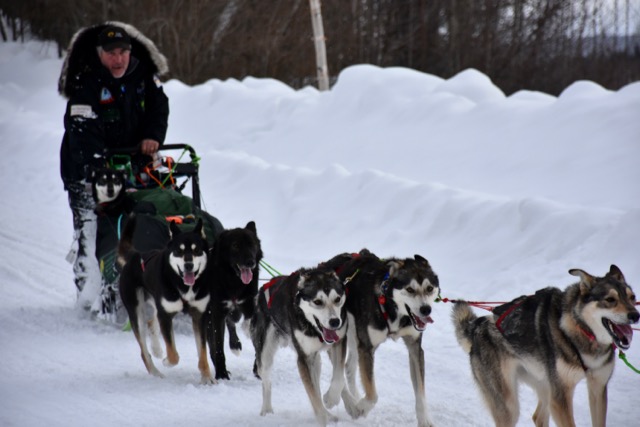 Scott Janssen arrives in Takotna with a rider.

A math activity that combines dog numbers and graphing follows.  If your students kept records during the Iditarod of the dogs on their mushers’ teams, ask your class how many dogs their mushers had finish in Nome.  Record the data on the board.  From that data, create a Stem & Leaf Plot or a bar graph comparing the numbers of dogs who finished and were not dropped.  If your grade level teaches statistical landmarks such as mean, median, mode, and range, calculate those landmarks from the dog data! 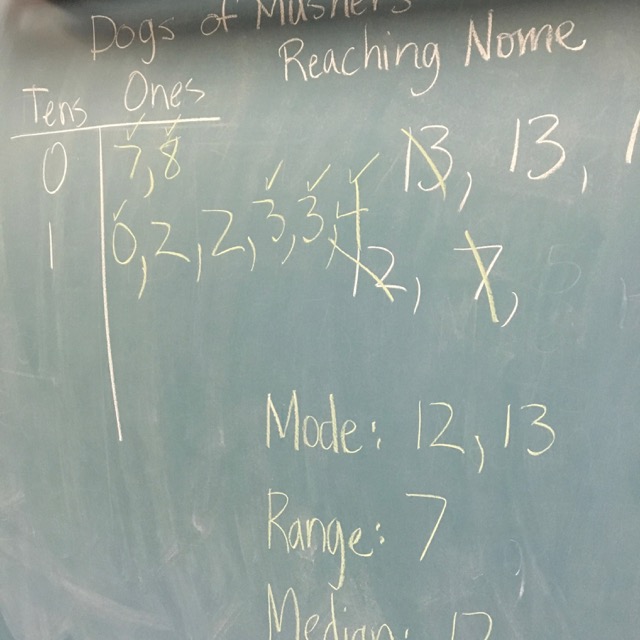 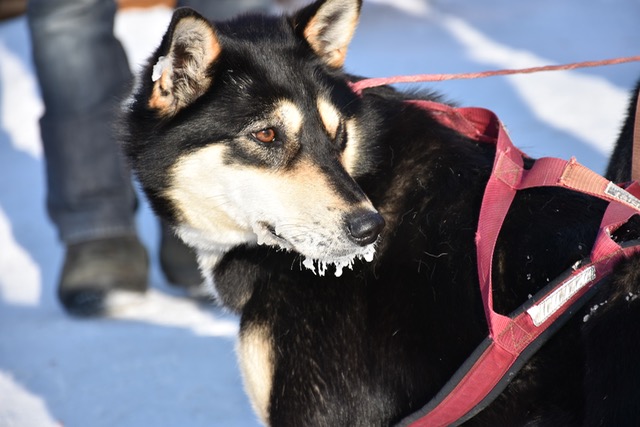