Hot Cocoa With a Side of Poetry 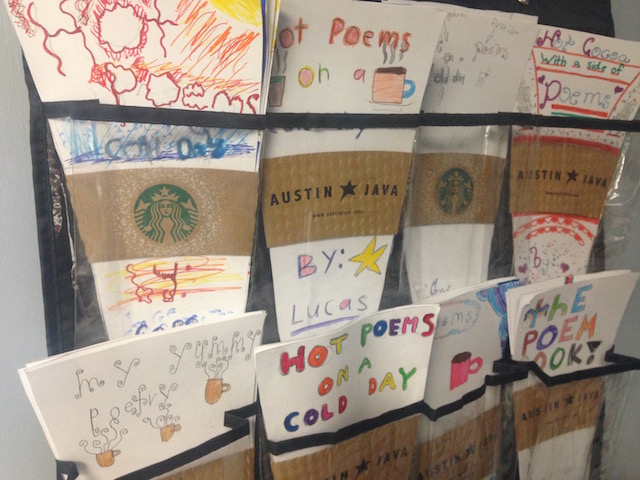 Hot Poems on a Cold Day

I have spent a great deal of time getting to know our 2016 Iditarod mushers this year.  My special focus has been to share the stories of the rookie mushers, and their personal journey to the starting line.  Like many teachers we have a poetry unit each year, but I wanted to find an Iditarod musher who also loved poetry that could share with us.  That was no easy task, but I found the perfect person for the job.

Elliot Anderson is a 2016 Iditarod rookie musher who hails from Wisconsin.  He loves the great outdoors, and has had many adventures, from working on a horse ranch in Wyoming, to being a tour guide on the Mendenhall Glacier running dogs.

Being a musher in Alaska is not an easy life.  I asked him what his inspiration was to come here, live in the wilderness, and run dogs. Elliot loves the poetry of Robert Service, the British-Canadian writer who has often been called “the bard of the Yukon”, and told me a story from his childhood that inspired him to one day give up many modern amenities and move to Big Lake to live out his dream.  He shared with me a personal story from his childhood:

My favorite poem that means the most to me is “The Cremation of Sam McGee”.  My second favorite is ” The Spell of the Yukon”. My third favorite is ” The Men Who Don’t Fit In”.   The “Cremation of Sam McGee” inspired me to come to Alaska because my dad would say the poem while next to a campfire in the summer nights.  He memorized the poem and would say it very dramatic like.  My dad went to Alaska in the 70’s and worked as a gold miner for a company.  He fell in love with the lifestyle.  He showed me bits of that lifestyle when I grew up in Wisconsin.  He has an old rough looking Robert service book that I would look at. 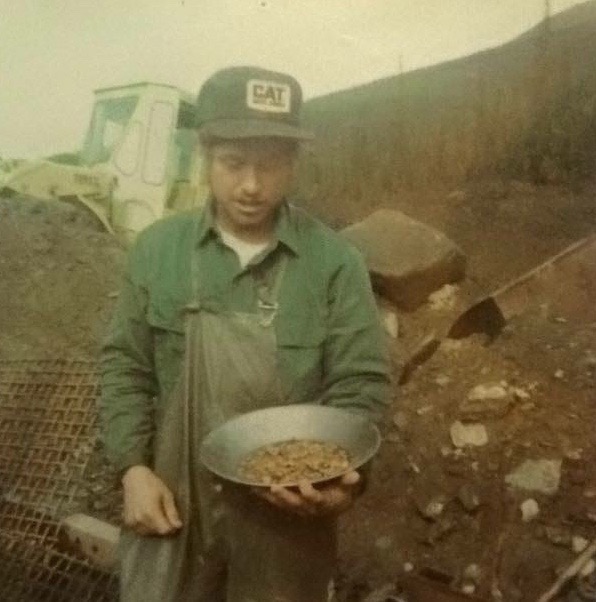 The Cremation of Sam McGee by Robert Service

There are strange things done in the midnight sun
By the men who moil for gold;
The Arctic trails have their secret tales
That would make your blood run cold;
The Northern Lights have seen queer sights,
But the queerest they ever did see
Was that night on the marge of Lake Lebarge
I cremated Sam McGee.

That inspiration was just what we needed.  We imagined ourselves around the campfire, drinking hot cocoa and reading our favorite poems to each other.  In our classroom we wrote haiku, free verse, alliteration, rhymes, cinquains, and shape poems.  We wrote haiku about the northern lights, rhymes about huskies on the trail, diamante about snow falling, and shape poems about sleds.  I’m sure every teacher has their own special Iditarod-themed poems they can use in this project.  We wrote and illustrated our final drafts on a paper hot chocolate cup that eventually were placed into a paper sleeve from local coffee shops.  The results were “good to the last drop!” 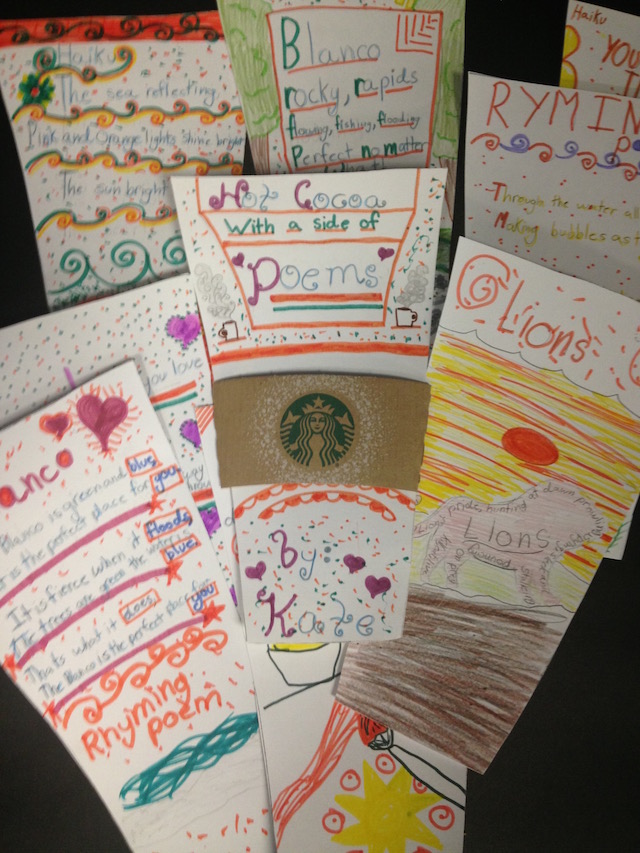 Hot cocoa with a side of poems

As we worked on our “cocoa cup” poems, I placed them into a hanging shoe rack so they were out of the way but could showcase their beautiful work.  It took us several weeks to work through and illustrate all of our poems, but this is a wonderful project to work on all year long, and add to your cocoa cup collection hanging on the wall.

Iditarod mushers are such interesting people, with many passions and hobbies in life.  To find a musher who loves poetry as much as we do was a real treat.  Elliot told me that this father will be waiting for him when he crosses the finish line in Nome.  What a remarkable journey.  My students and I will be cheering him on as well!