In many parts of the country, including Chicago, fall is a season full of sports!  Hockey 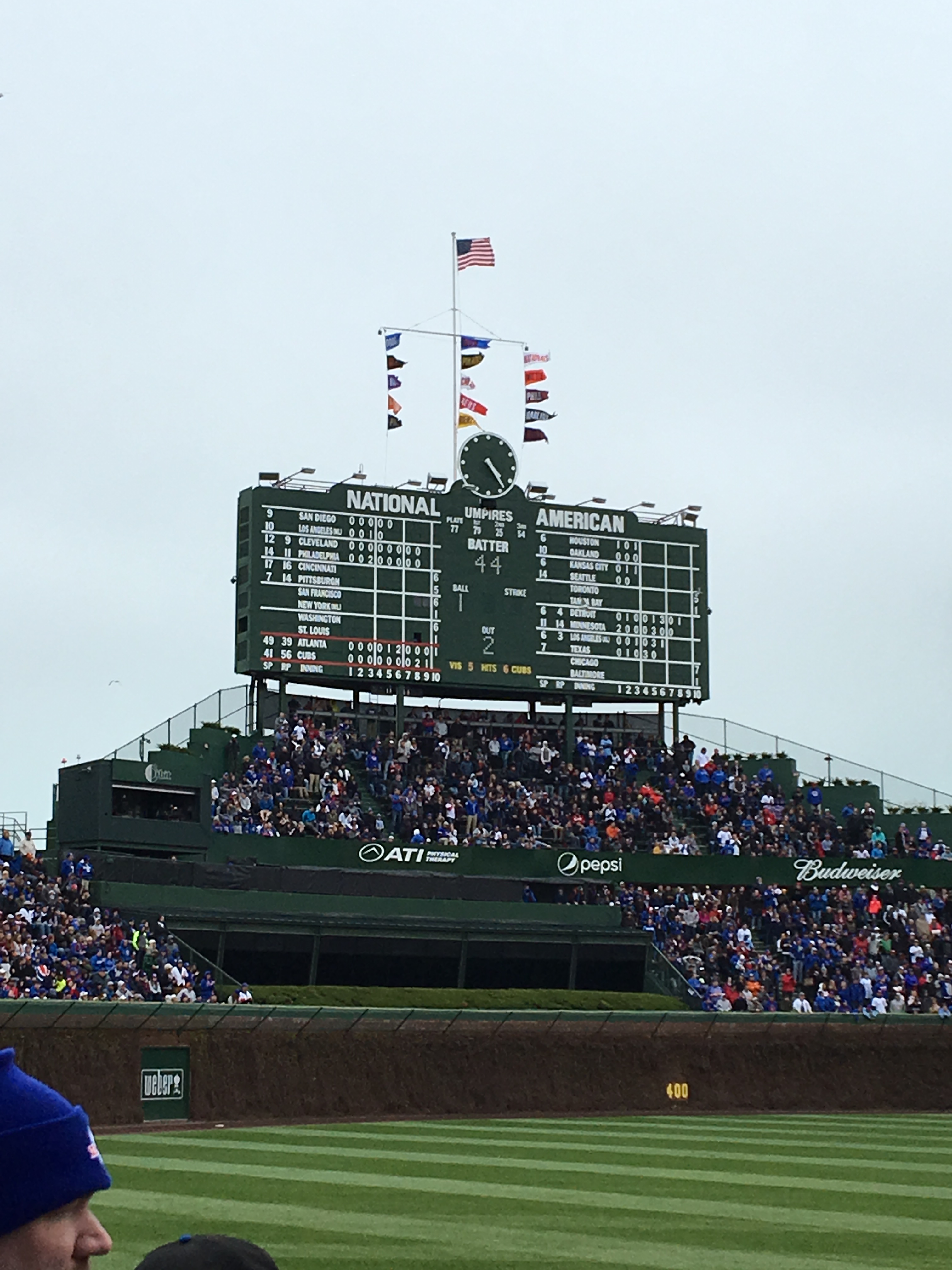 season is just beginning, college and professional football are well under way, and major league baseball is nearing the 2016 World Series, in which the students of Saint Andrew School are hoping to see their neighborhood team go all the way this year (Go Cubs!).  In all of these sports we see good and bad sportsmanship—we see players doing/saying things that are hurtful, but we also have players lifting one another up and being great role models for our students.

Dog mushing is full of sportsmanship, as well.  I have heard many stories of mushers helping one another out along the Iditarod trail—from catching another musher’s team, to lending out a sled to a musher in need.  However, my favorite story, one many of you probably know, is the story from the 2015 Iditarod when Brent Sass was disqualified for having a 2-way communication device with him on the trail.

Brent made an honest mistake and his heartbreak was seen by thousands of classrooms across the country.  While many were sad for Brent, I looked at the situation as a great teaching moment for my students.  That year, and every year since, my students and I discuss the sportsmanship and character traits that Brent exhibited during a rough point in his mushing career. Brent owned up to breaking the Iditarod rule, and he showed integrity and respect to his team, his fans, and to the Iditarod. 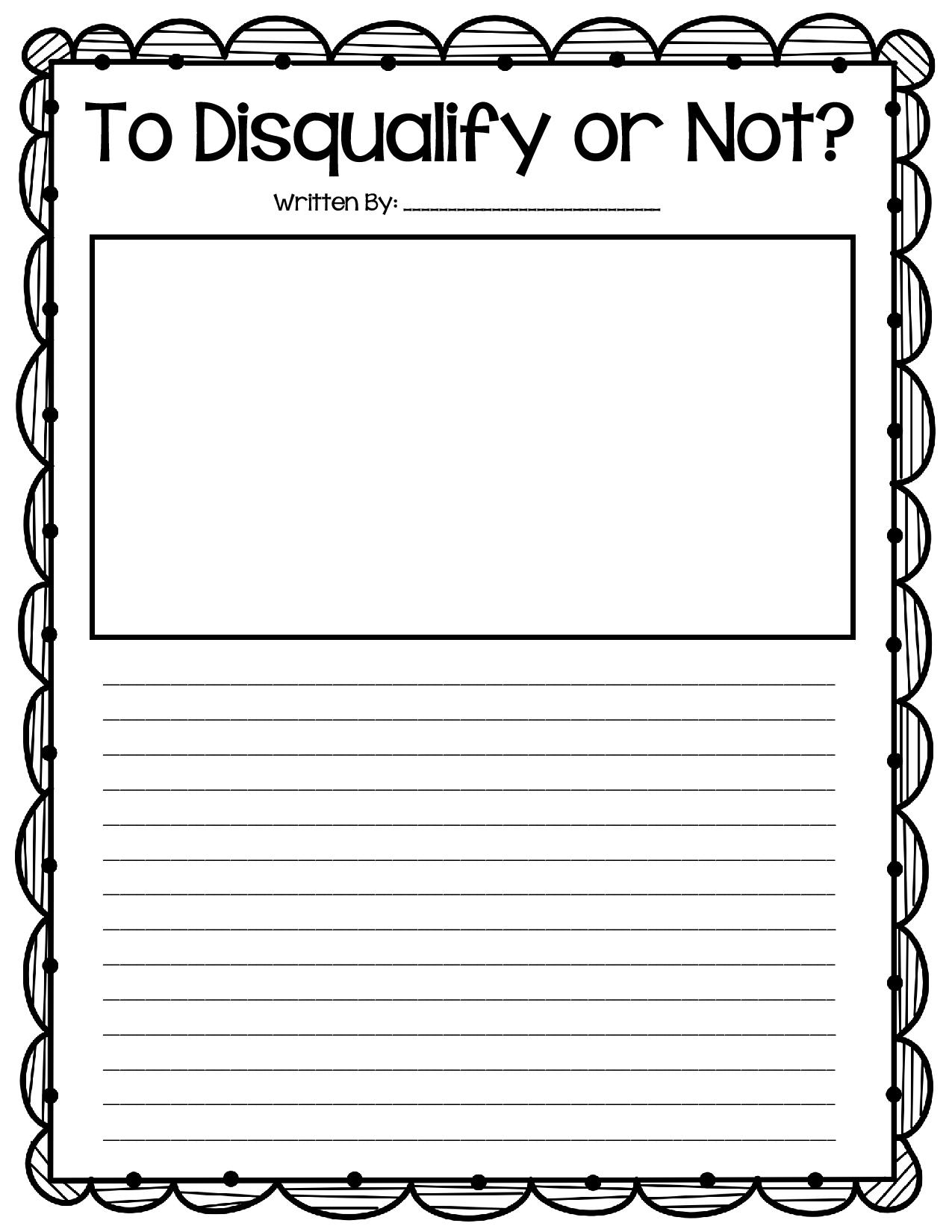 I have created a lesson based around Brent’s disqualification from the 2015 race.  In the lesson students learn about the 2-way communication rule (which is different for the 2017 race), watch a video clip of Brent shortly after the incident, and discuss the 8-
traits of Iditarod that Brent exhibited.  The students then have to write an opinion piece answering the following questions: Should Brent Sass have been disqualified from the 2015 Iditarod for having an iPod Touch with him?  Why or why not?  Which of the 8 Traits of Iditarod do you think Brent possessed after he was disqualified?  Explain.  After my students complete the writing piece I have them post it on our classroom KidBlog site.  This is a great (and very safe) website for kids to upload their work to and to share with classmates, teachers, and parents.  I have also included a handout in which the writing piece can be written on, along with space for a picture.  These make great hallway displays! 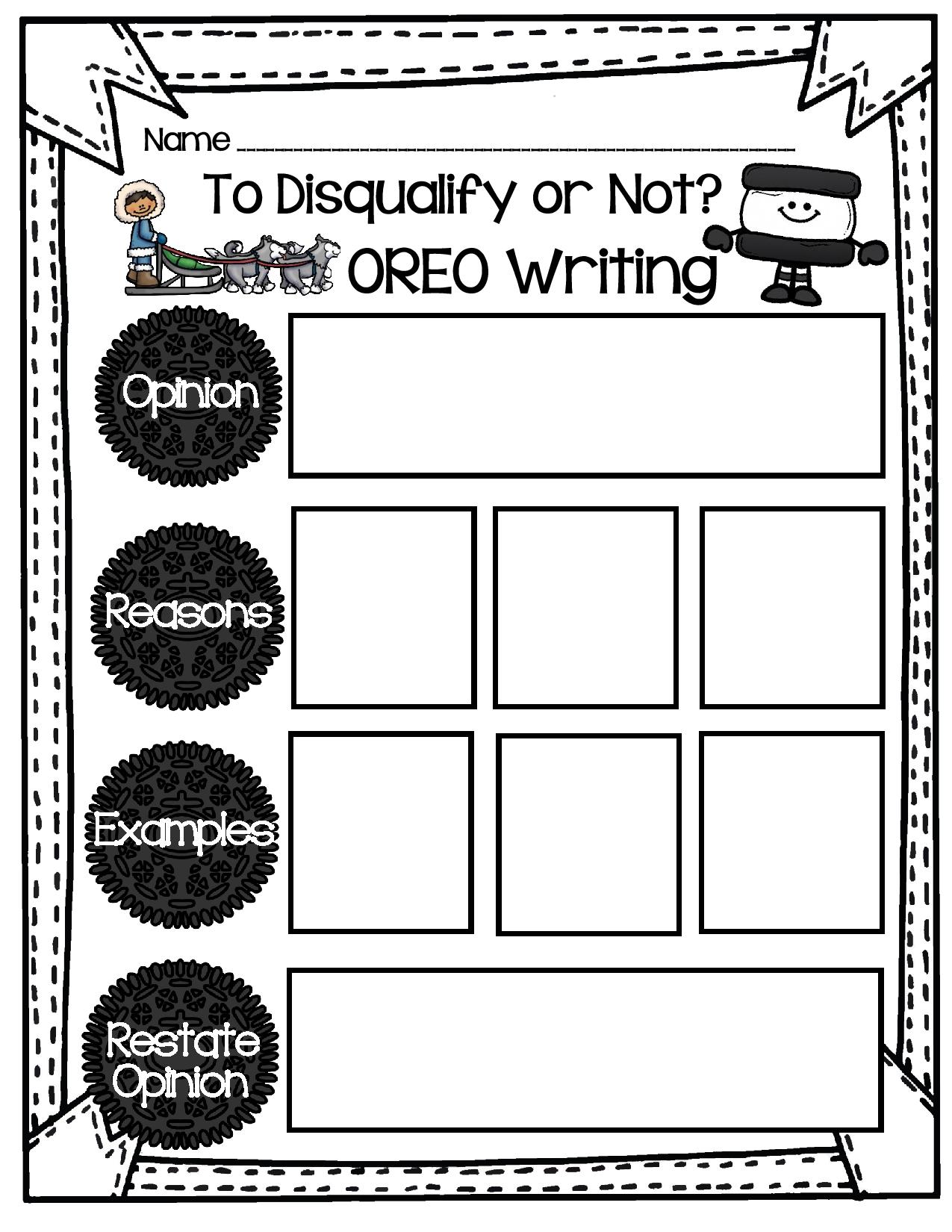 For younger students, you can begin by discussing what happens when students break a classroom rule or a school rule.  Then, discuss how sometimes mushers make mistakes too, and talk about Brent’s mistake.  As a class, or small group, have students decide whether or not Brent should have been disqualified or not.  I have included a simple template for students to use to document their thinking.

As for older students, I think this lesson can go deeper.  I
suggest having them learn about Brent’s 2015 race, and have them research another athlete who also broke a rule in their sport.  Did the sports player demonstrate integrity and respect like Brent, or were they dishonest? Students can then compare and contrast the two situations or write an opinion piece about either the sport player or Brent Sass.

To Disqualify or Not Lesson Plan

Rule 35 and 8 Traits of Iditarod Handout 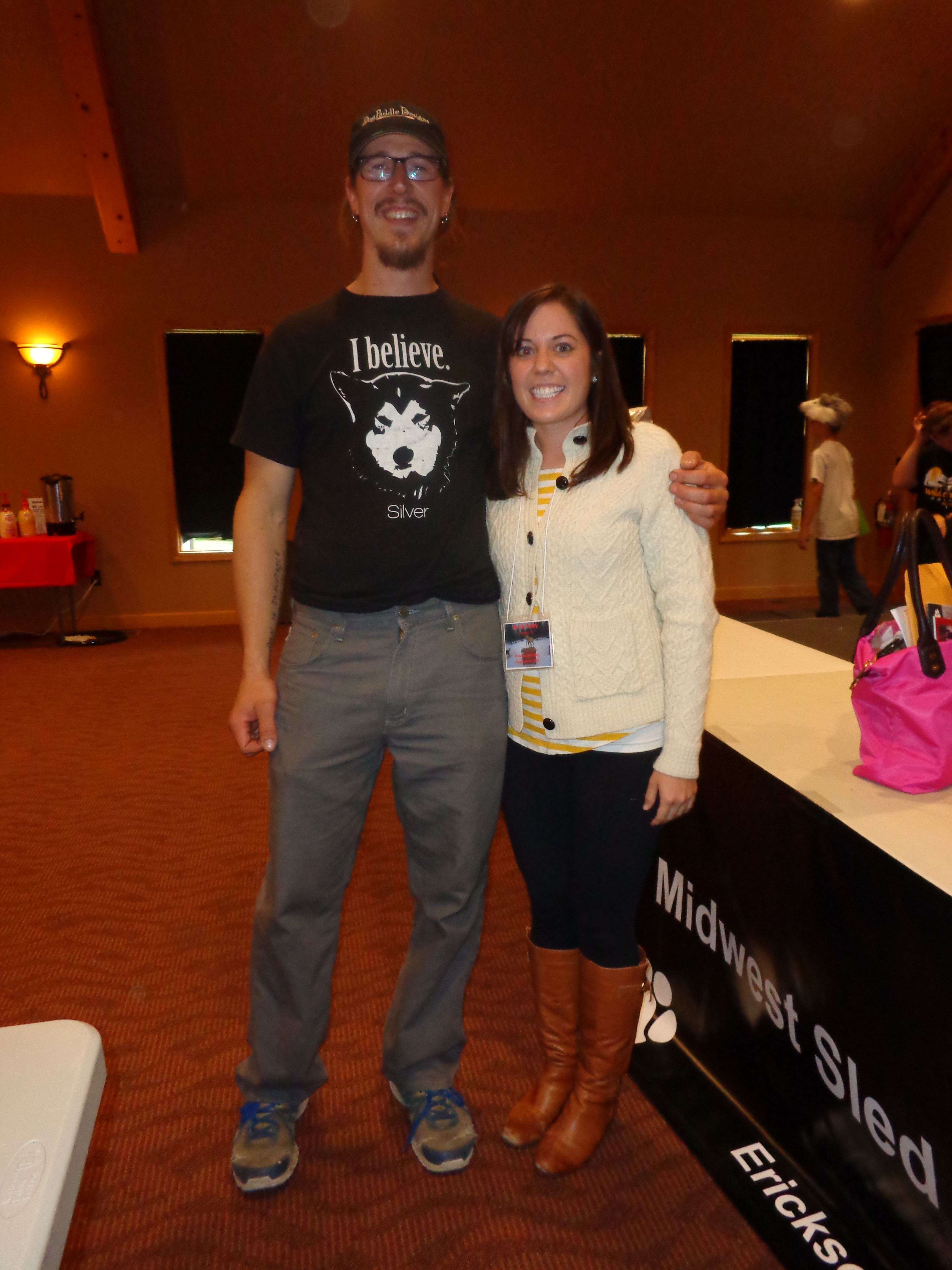 Meeting Brent at the 2013 Midwest Conference

I love this lesson because it is more than just writing an opinion piece.  It is a lesson in
character.  It shows students the importance of being respectful even when things are going your way and that even superstars make mistakes.  It is my hope that your students enjoy the lesson as much as mine did.  And thank you to Brent for turning a rough situation into a wonderful lesson for students across the country. 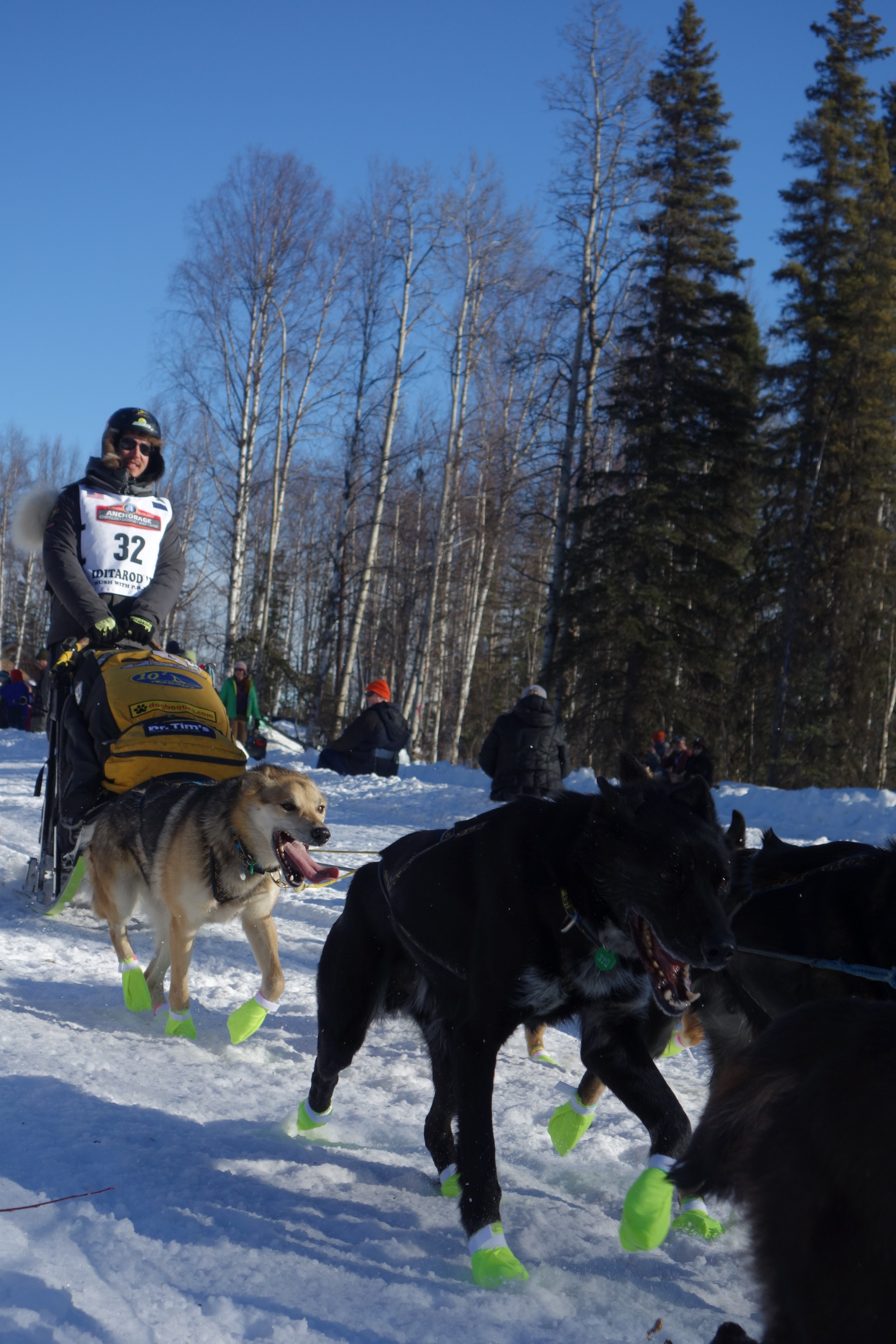