Paws Along the Trail with the Awards Banquet

Tonight all of the mushers, many volunteers, Iditarod staff, and fans gathered in a large gym in Nome for the Awards Banquet.  The food was spectacular and many people left the buffet line with multiple full plates.  Mushers may need to regain weight.  Tim Muto, during his speech, told that he lost about 20 pounds and his pants are being held up with zip ties!

Placemat and program at the banquet

Chocolate dipped strawberries in a decorated sled were part of the meal!

Awards were given and then each musher, from the red lantern winner to first place, stood at the mic and thanked those who had helped them get to this point.  Some very amusing trail stories came out as the mushers shared their adventures. 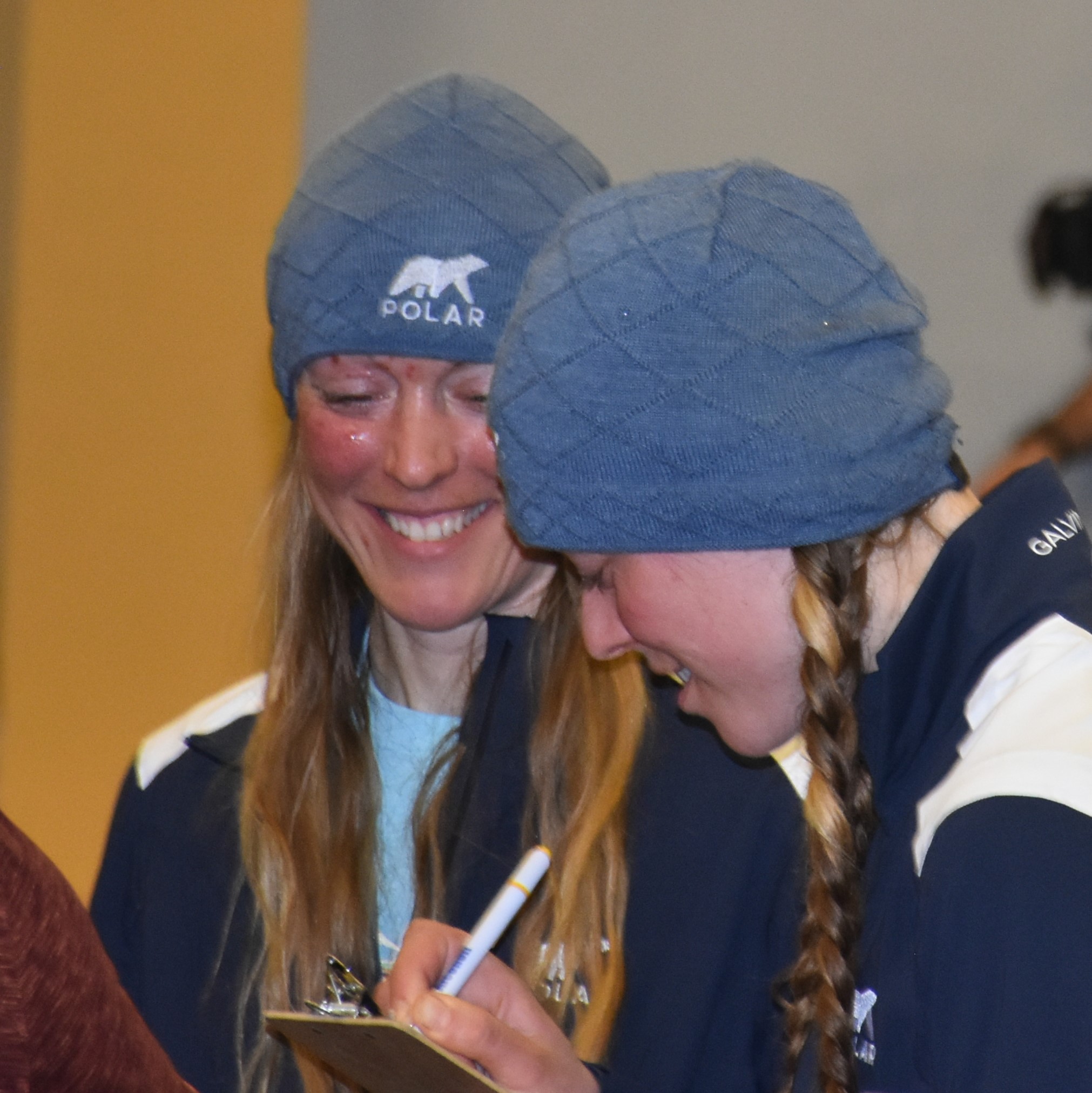 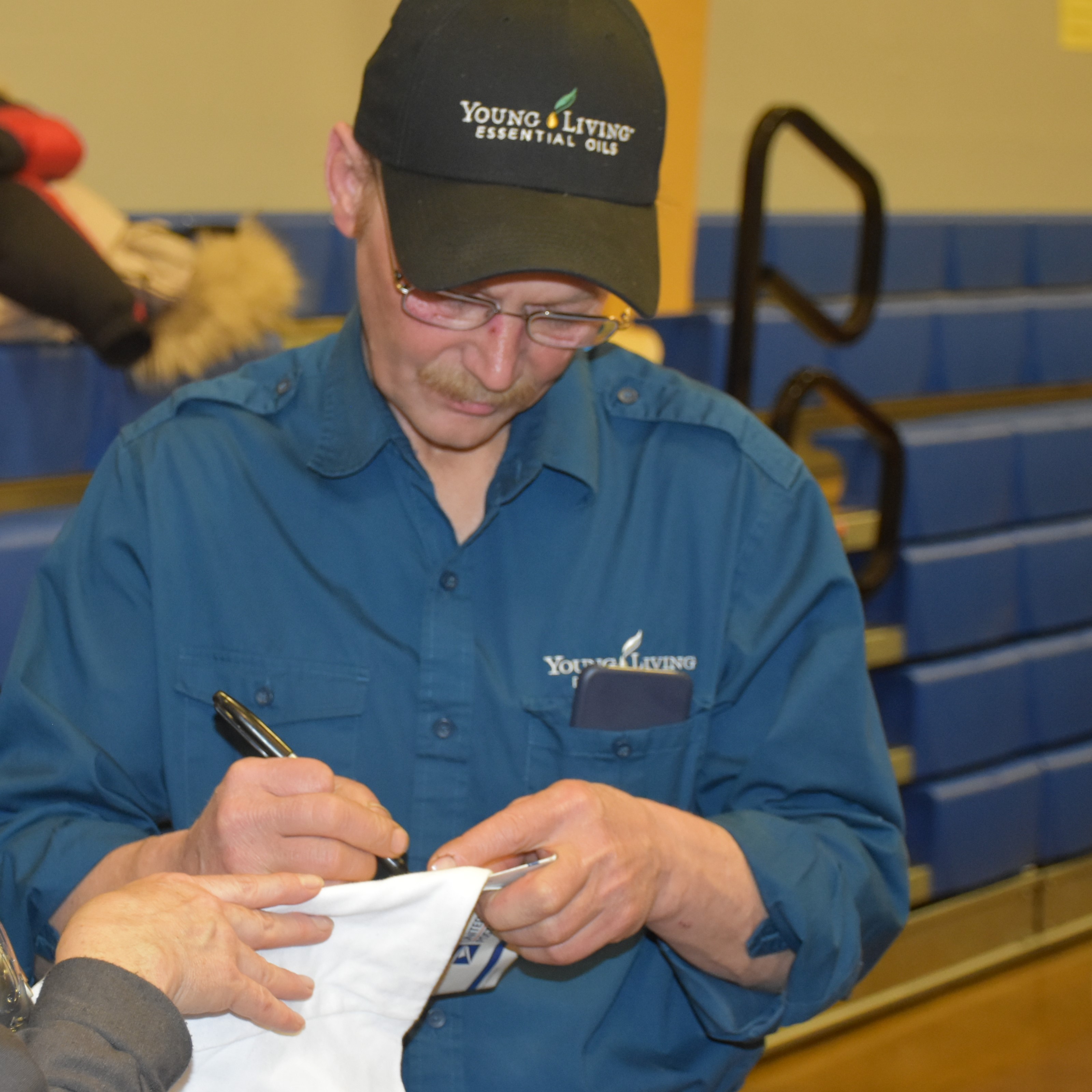 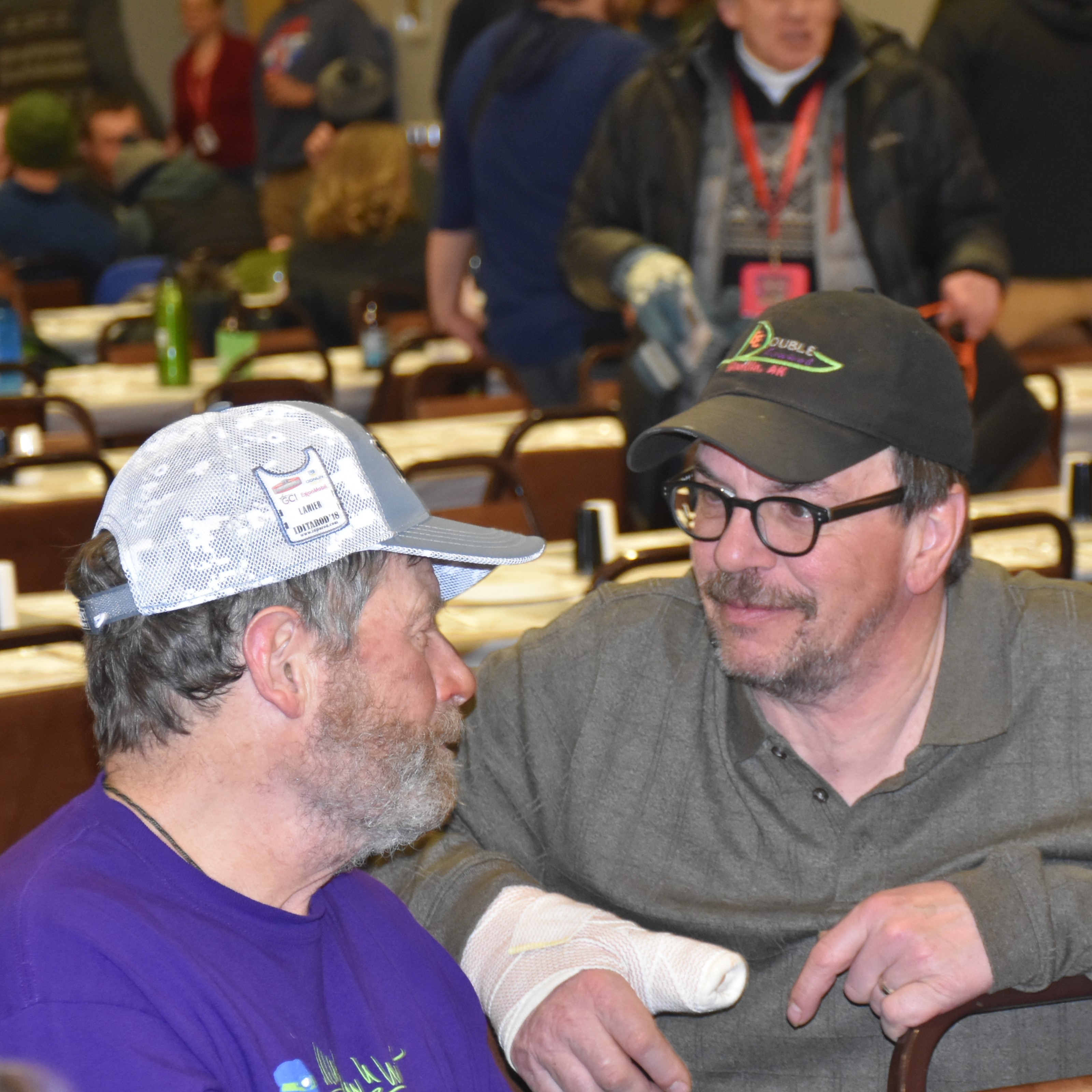 Jim Lanier and Al Eischens were able to get to the banquet.

Jeff King told about one of his dogs, Swenson, being spectacular at running.  When they were arriving into Nikolai checkpoint, Swenson led  half the dog team into the volunteers’ canvas tent before he could stop them.

Hugh Neff shared that being an Iditarod champion is about sharing the love of adventure and Alaska!  As a 9 year old boy, he got a map of Alaska and put a sticker right in the middle of the state.  “I’m going to live there!”  He lives in Manley Hotsprings near where his sticker was placed.  When Travis Beals was a young child, he pushed around a laundry basket saying, “Hike!  Hike!” in preparation for becoming a musher.

Shaynee expresses thanks to many people who supported her. 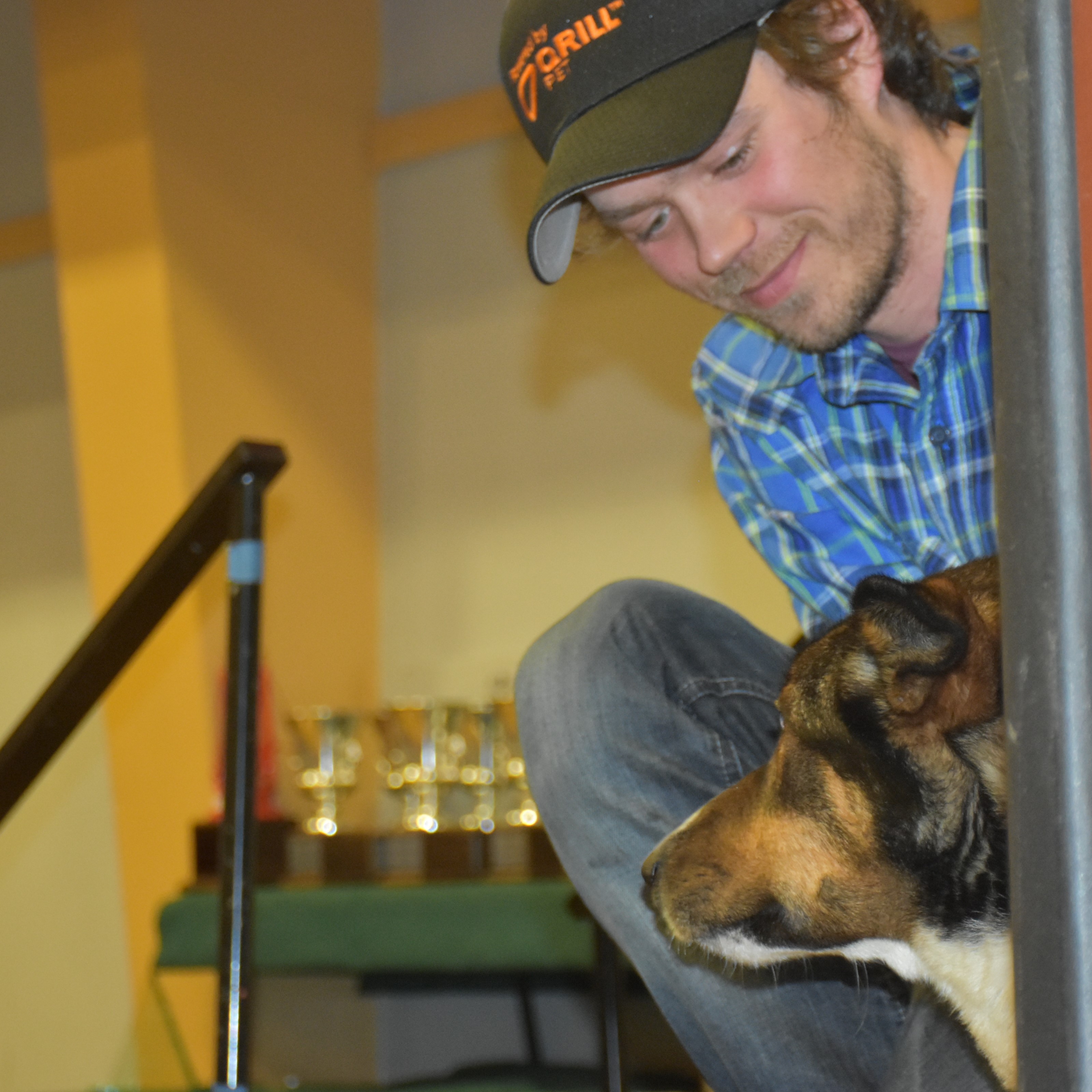 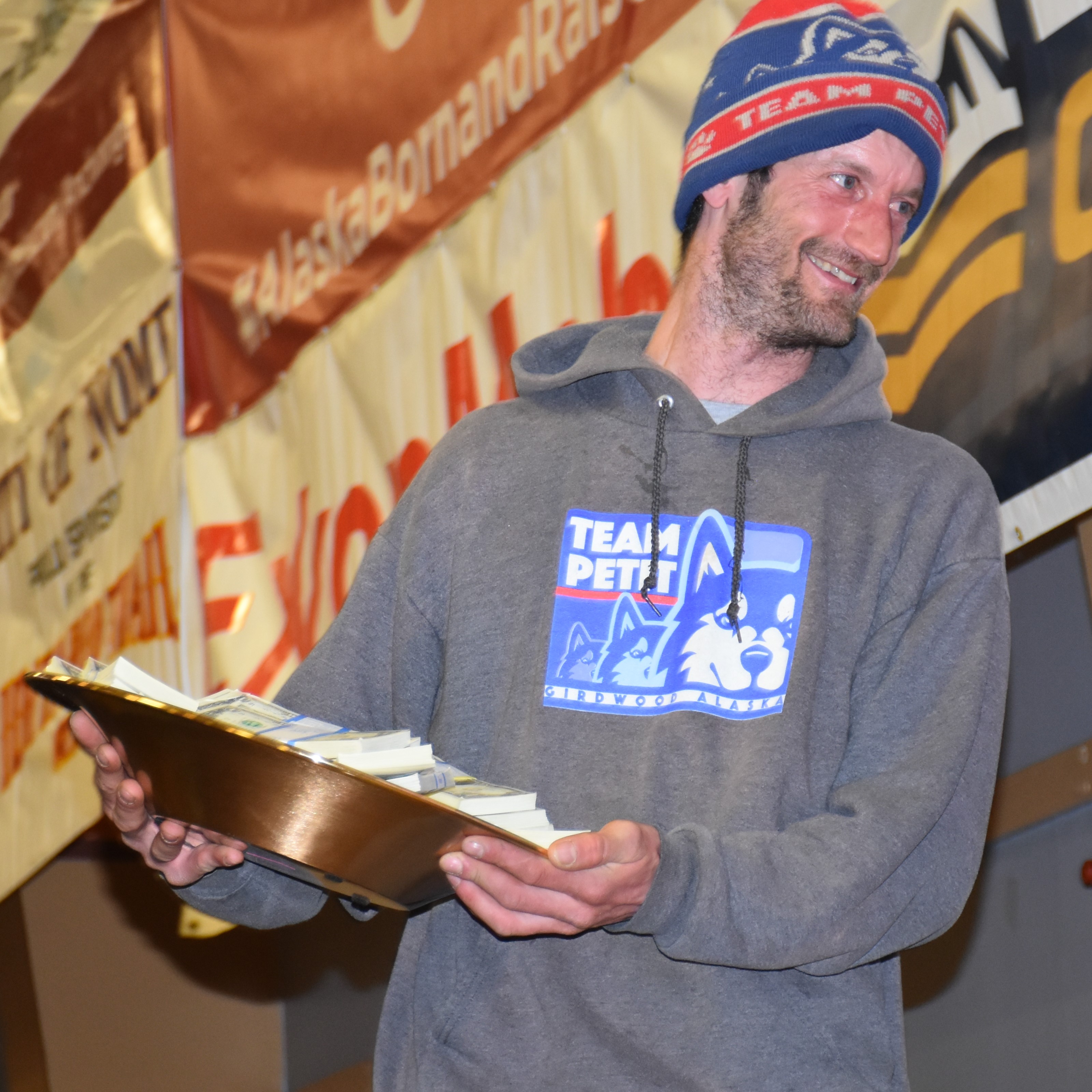 Lev Shvartz described running the Iditarod as a two week vacation from the real world.

One prize was a new 4-wheeler.  Before the musher came on stage, he/she chose a key out of a jar and got to try it in the new ATV.  Mitch Seavey, who came in 3rd in the Iditarod, won!  He talked about his dogs, how they are always constant and dependable.  They don’t worry or have apprehension.  Many other mushers thanked their dogs.

First place winner, Joar Leifseth Ulsom, got to bring his lead dog up onto stage for it to win the Golden Harness Award.

The banquet was a fun way to celebrate the huge accomplishments of the mushers and their dogs!