Paws Along the Trail with the Finisher’s Belt Buckle

As the biggest football game of the year approaches, it brings to mind the prize the champions receive: special rings. The Iditarod is similar! Rookie mushers who complete the grueling race across the wilderness of Alaska win a special prize: the Finisher’s Belt Buckle. 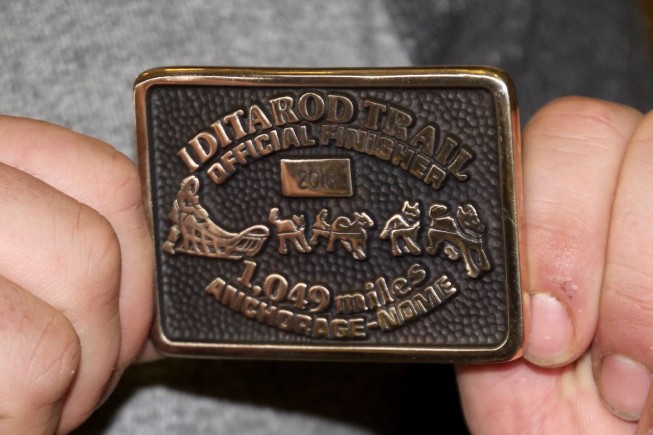 How did the Iditarod Finisher’s Belt Buckle come to be? Aaron Burmeister, musher, shared this remembrance written by his father, Richard Burmeister.

A lot of people don’t really know the history of the Belt Buckle everyone that has run the race wears with pride.   The story starts back in 1974 when the Nome Kennel Club wanted to do something to honor each musher that completed the Iditarod. Something that they would honor and wear with pride.   I mentioned we could do an Official Belt Buckle and was asked to design the buckle.

I must have had twenty sketches and ideas going.   I knew I wanted to have a dog team on it, so I went to some pictures of my team and used one of them as the drawing of the team.   Next was the wording, that was not too hard, Iditarod Trail Official Finisher, the date the musher finished, then 1049 miles – Anchorage to Nome. This was a lot to fit in a small area but it all worked out.

I needed someone to make the buckle, so I contacted several places and finally settled for Anacortes Brass Works LTD. We decided to do it in Solid Brass and I sent the design off to them.   They made a few adjustments, sent me the design back meeting what the mold could do; I approved it and it was now ready for production.

1974 was the first year the buckle was given out, with those running the race in 1973 receiving theirs a little later.   For awhile the Nome Kennel Club gave to each musher each time they finished, but later decided that a musher will only receive one buckle no matter how many times they run the race.

The Buckle is sometimes known as the $20,000 buckle. Most mushers who have earned this covenant item wear it all the time.  There are certain unspoken rules among the mushers, and one of them is that no one but a musher who ran the race can wear this buckle.

I sometimes feel that I have been on the trail each year with the mushers since it is my team on the buckle.

This piece of the Iditarod represents the perseverance and teamwork that exists between mushers and their teams of sled dogs.  As an art project, or a final activity following the race, students can create their own belt buckle. 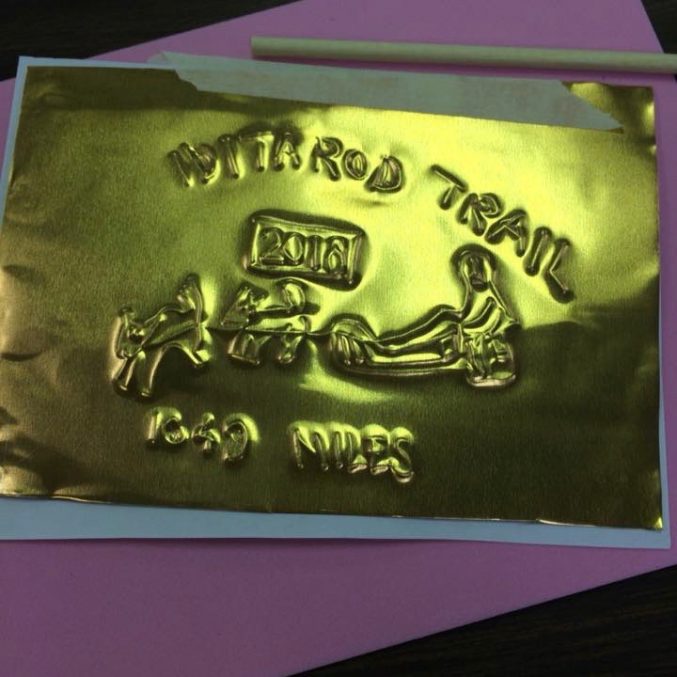 An Iditarod belt buckle is in the works!