Karin Hendrickson is a familiar name and face in the current Iditarod scene. This year was her 10th Iditarod race as a musher since her rookie year in 2009. However, during her non-racing years, she has still been an important part of the race, serving as a Race Judge on a few occasions. This is how she fits into the volunteer category. Karin was even serving as Race Judge during the 2021 Iditarod Gold Loop, when Aliy Zirkle was injured. She did not mention that incident in her discussions, but had some other very interesting stories to share about her time as volunteer on the trail. Here are some of the things she shared about herself and her time on the trail, in her own words. 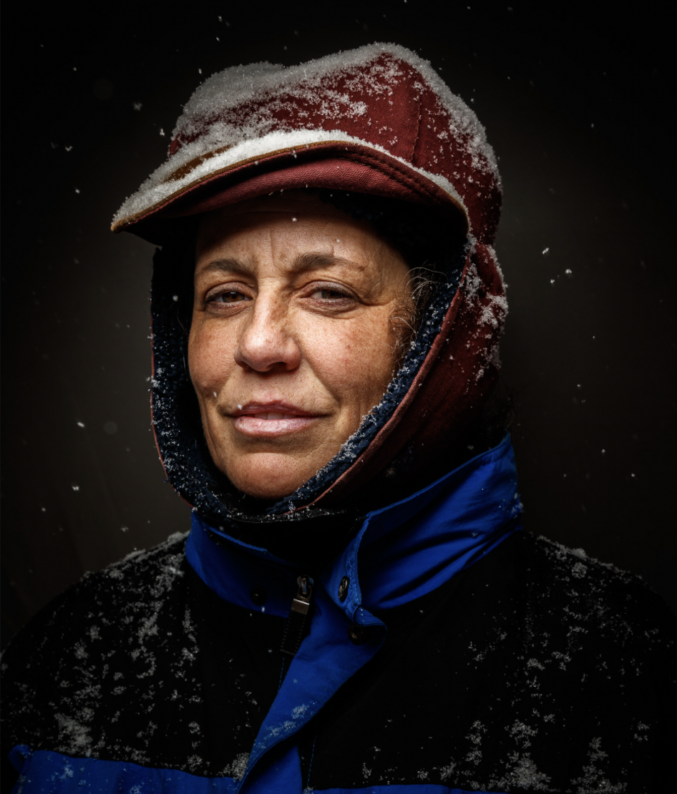 “I (like hardly anybody) work a full time job Monday through Friday and that makes it extremely difficult to get training in. I work full time for the state of Alaska and I manage an environmental enforcement program. It’s a scientific based, regulatory based technical program. I used to negotiate so I could work one day a week from home, but now with Covid, it’s every day. And that eliminates 2 hours of commute time every day, so it has made my life immensely better. The whole Covid shutdown has been a blessing for me because I have to schedule in when I’m doing laundry, or when I’m taking showers; my day is scheduled to the minute.

So 4:00 today, I’m headed out to run dogs, and we’ve got a 20 mile run planned and then I’ve gotta be up early, so you know I can’t be up too late. But it used to be that I wouldn’t even get home until 5 so it’s pretty awesome being able to work from home.” 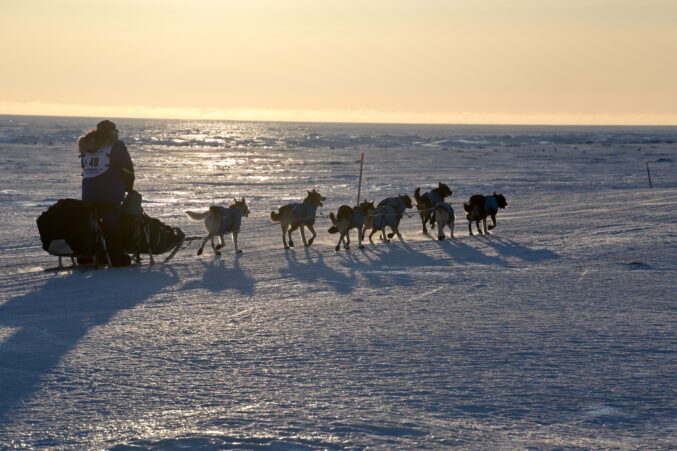 “My mother taught Iditarod curriculum in her classroom for many, many years. She started coming up as a volunteer when she retired so that was the start of it. Then she made me come up as a volunteer and I wasn’t really excited about going to Alaska in the middle of winter and with a bunch of older ladies, but she kept twisting my arm, so I came up in 2002. That was the first Iditarod I ever saw or paid any attention to. We helped at the start. Back then we had a phone room, because there wasn’t as much internet, so we answered phone calls and there were a whole bunch of different things we helped with.

The whole story is kind of funny really because I certainly wasn’t ever planning on moving to Alaska. But then I came up to volunteer the second year, and I ended up doing a little dog mushing and met some really influential people and I thought ‘Huh, I could do this.’ I had a good job, I owned a home, I was in a long term relationship and I just basically bailed and came to Alaska and started over.”

“My favorite thing is the people that are out there. You don’t go on the trail unless you are a pretty competent person with a pretty interesting lifestyle because who takes two weeks in the middle of winter to go to Alaska, you know? The people that you end up working with are always really, really cool people that you wouldn’t meet otherwise.

I [was a Race Judge] in 2019. I had some plans to do an expedition in 2019 and they fell through, and I was really bummed, so called Mark Nordman, and I said ‘What can I do that’s useful?’ I did not expect to be sent out as a Race Judge, but that’s what I did and it was just awesome. I mean, it wasn’t as good as racing, but it was pretty cool to be out on the trail.

[As a race judge] it’s pretty funny, because technically, the idea is that you are there to ensure that the rules are followed and if there are any discrepancies that you deal with that. But you are also there to handle anything that comes up. For example injuries or a problem with the trail that you need to go out and solve, or if somebody’s drop bags didn’t show up, you’ve got to solve problems like that. 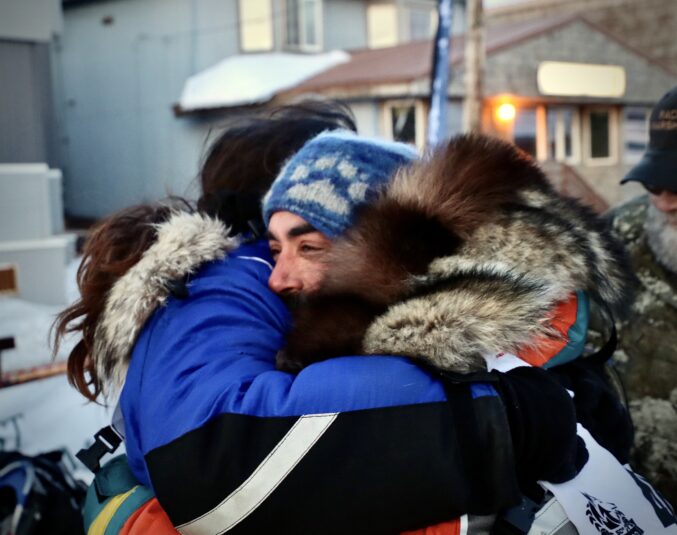 Then honestly, as a musher, I want to watch the dogs come in and the mushers come in; particularly the less experienced folks and make sure they look like they’re doing good, or are making good choices or maybe give them some counseling. Lots and lots of emotional counseling. As far as people coming in [who were] shook up by a run or are worried about their dogs, and I have a fresh set of eyes that I could be like ‘Well, here’s what I’m seeing…’. So it’s really a lot of counseling as well as making sure that things go well. It’s pretty much you are constantly switching hats and the funny thing is, for me, I like to see every team come in, and I usually like to see every team leave too because then you get a sense of how that team is doing. Well, that just means that you are up around the clock and you just don’t sleep and it’s not that different than being a musher in that respect.

[The counseling is] primarily, what I think, the biggest thing that I’m doing. For example, I had a musher come in the first year I was a Race Judge, and he came into Nikolai and his gang line had broken, and he had lost his team for a bit, which is so scary, because [lots of things can happen] if they are running loose. He came in and he was really shaken up. He said ‘I need to take my 24, my dogs are beat up.’ and I said ‘Why don’t you take a 6 hour break? I’ll let you declare your 24 if you want it, but why don’t you take a 6 hour break and take a nap. I think your dogs look really good, we’ll have the vet check them over, but take a nap, get up and we’ll talk about it again.’ I didn’t want him to take his 24 that early, it’s not logistically a good place to do it. Then after he got a nap and was able to sort of reset his mind a little bit, he carried on and took his 24 where he had planned, and I know that helped his race, you know? So things like that are one of the more important things you can do as a judge.”

“I’ll always come back as a volunteer because, you know, the entire race depends on people’s generosity with their time and effort and energy to go out and I’ve been the benefactor of that for years. Yes it’s fun, and yes I enjoy it, but it’s like I owe it to the race to give back when I can.

That’s really what pulled me into mushing originally was the community and the people. It’s not ‘Are you from Alaska’, ‘Are you male or female?’ It’s like ‘Hey, are you tough enough and want to do this? Get your boots on and let’s go!’, you know? It’s a community that supports and helps people who are willing to put the effort in. When there’s a problem, everyone drops what they’re doing and they feel the need to help, and that’s pretty neat too.

Being a member of the community and contributing beyond your own self interests; that’s something that isn’t really a subject in school, but it’s certainly a lesson.”

“There is so much going on all the time, and so many different people, I don’t know if there is anything in particular that stands out, but we’ll just say that some of the people I’ve met as a Race Judge, I’m still in contact with them, I still see them and we’ve become good friends so that’s pretty fun.”

This one is for our middle school math teachers! Is it possible to “predict” the winner? The lesson presented here attempts to do just that by having students create box plots and histograms based on the the musher analytics during the race. Check out the full lesson plan below. Predicting the Winner__ Analyzing the Data.docx