Voices of the Volunteers: Martha Dobson

For the final installment in this series of posts, the volunteer who I interviewed is a former Iditarod Teacher on the Trail™. Martha Dobson served as the teacher in 2011, and knew after her year was over, that her time with Iditarod was not ending, but rather, adjusting. She has volunteered in a couple different roles since 2011, including trail comms and helping out in the Nome dog lot. Now she is the coordinator of the so-called “Pee Team”. With this position, it is her job to collect samples from the K9 athletes during the race and submit the samples for testing. It is not a very well-known position, but one that is important to maintain the integrity of the race. Hear more about her time on the trail in her own words below. 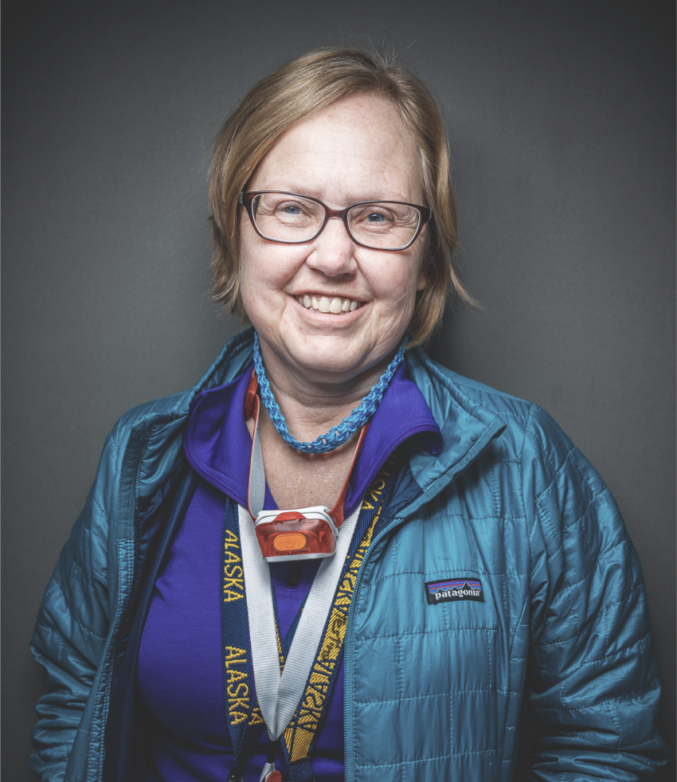 Faces of the Iditarod Copyright 2019 & 2020 by Jeff Schultz Photography Inc.

“When I left the classroom in 2012, that gave me the freedom time-wise to volunteer more with the race, and more flexibility. So for several years, I volunteered as a trail comms person and so I’ve been in a number of the villages because of that job. I did trail comms in Skwentna, Takotna, Shageluk, McGrath and also what I would do is volunteer for the Nome dog lot, where the teams are parked after they arrive. So I would end up in Nome, so I would do that combination for several years.

Because I was doing that job, you get to meet all other sorts of volunteers that there are at checkpoints. So I got to know some of the volunteers that were collecting the urine specimens from the dogs during the race. One year I asked them if they had any need for another volunteer, and it worked out that they did have one place where they had somebody that couldn’t do it, so they asked me. So that’s how I got involved with it. Then I did it strictly as a volunteer for a couple of years, then I became the coordinator of the K9 Urine Collection Team, and I’ve done that for the past 3 years. 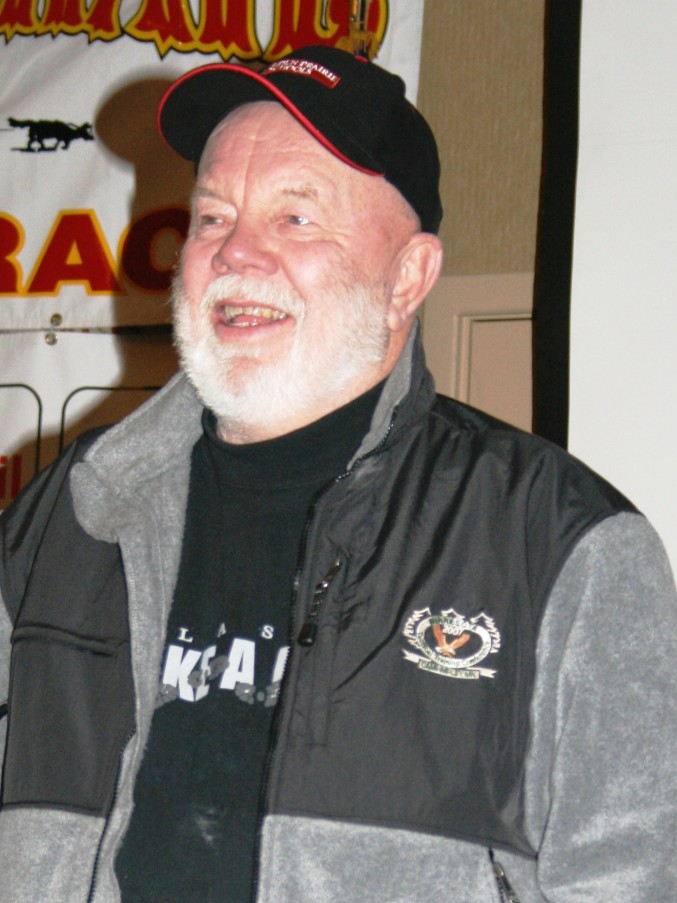 “That coincided with me going back to the classroom in Fall of 2002. The summer before I started, my assistant principal for instruction told me to come up to the middle school library and look through the tubs of books they had for novel studies that I wanted to do at some point during the year, and I picked a couple of them to read, and one of them I picked up was “Woodsong” by Gary Paulsen. I was a little familiar with Gary, but not with “Woodsong”. That book just captured me. I have always been a more adventurous person. I think a lot of folks on meeting me don’t sense that, but I am. The sense of Gary learning to run dogs, and then the second part of the book, the journal of his actual race just really captured me and so I decided to teach that for a novel study, and it was appealing to my students. I live in a rural area, so things like hunting and being outdoors and nature was not a far far stretch for them. They’ve been out deer hunting since they were 8 years old, that sort of thing. So there was a connection there for them. And of course the dogs. That’s a huge connection for most folks. So I taught that my first year back, and one of my colleagues heard that Gary was going to be speaking at the Iditarod at a Friday session that they have speakers, and she said, “Martha, let’s go!” So she and I flew from North Carolina to Anchorage on the Thursday before the race started and heard Gary and a number of other speakers on Friday. Hearing him in person was just an amazing thing. When I taught the novel, to help us get through it in a timely manner, I used the book on tape and it helped my students to read a little faster than those who were struggling with fast reading. They had this so that they could listen to, still understand and keep up with it. Anyway, Gary had recorded that tape and listening to him in person is just like listening to him on the tape.

So that got me to Alaska. On that trip, I had discovered the ceremonial start where you could ride with one of the mushers for the start of the race, and I figured I would try for that and got to ride with Phil Morgan, who turned out to be the Red Lantern for the race that year.

Then we went to the Sunday start in Willow. Late Sunday night we flew back to North Carolina, and were back in school on Tuesday. So that’s how I got started with it. But when I got back I started nosing around the Iditarod website and discovered the education department and the Teacher on the Trail™ position, and decided I would try for that. I tried for that for 3 years before I got selected as a finalist. So I call myself the red lantern of the Teacher on the Trail™.”

“Probably a combination of being in a place where not a lot of people get to be; that uniqueness, that remoteness, and the other part of that is the challenge to myself of dealing with whatever my job is. Because it’s not just doing the job, but it’s figuring out how to do the job because it’s 30 below. Or figuring how to do the job because you are running on very little sleep. Or dealing with the unexpected things that are totally unexpected, or the weather, just the challenge of getting it done because of what you have to deal with. To me those 2 things.”

“Part of it is that combination of being where not a lot of people get to be and that challenge of carrying out the job in all sorts of situations, but just being part of that unique race and seeing what it takes for mushers and the dogs to accomplish it. That’s just magical.”

What was one of your most memorable moments? 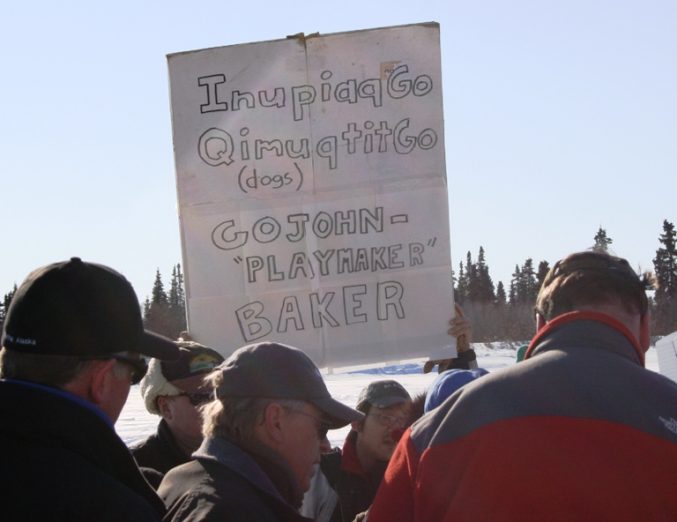 When he ran into White Mountain, the folks in the village there were so proud. Somebody had written a sign that was written in Inupiat, his language, and translated into English as well. They were so proud, and quietly proud and it’s kind of like full circle. The culture that used driving dogs to live, somebody from that culture winning that race. I ended up not being able to get a flight from White Mountain into Nome for the finish. I watched the finish on TV in White Mountain. But being there when John came into White Mountain, that was my most memorable moment.

Here is a writeup about this moment featured more recently on the Iditarod website: https://iditarod.com/edu/2011-teacher-on-the-trail-martha-dobsons-most-memorable-moments/

Teachers: Check out this lesson from former Teacher on the Trail finalist Mary Lynn Roush called the “Science of Super Sled Dogs“. It is a very interdisciplinary lesson that, much like the pee-team coordinator, is all about the dogs!