How Does Your Puppy Grow?

Puppies are the future for an Iditarod kennel.  As the 2016 Iditarod draws near, we have been spending a great deal of time talking about husky dogs and learning all about them.  We fell in love with veteran musher Matt Failor’s puppies this year after his Insider interview when Iditarod veteran “Cool Cat” gave birth to her litter of adorable, squealing newborns.  We wanted to know more about Iditarod husky puppies and how they are raised to prepare to one day be Iditarod champions.  I reached out to Matt and he shared some personal video with us so we could learn more:

Matt gave us some interesting information about newborn puppies.  “They are born with their eyes shut (fused shut).  The eyes usually do not open until around 10-12 days.  This is one of the reason a dogs nose is sooooo much stronger than ours (humans), because they rely on it from day one, since they are blind.  The whining from the puppy will release a chemical in the mom’s brain, to begin the flow of milk.  The pups instinctually go for the belly to find food.  The RACE is on!  They will fight for position and latch on to her.  Truly fun to watch and educational.”

Of course, my students wanted puppies of their own, but since that was impossible, we made our own rice and sock version to learn some husky puppy math and start a dog diary about them.  Our source of inspiration was a wonderful lesson from 2007 Iditarod Teacher on the Trail™ Kim Slade.  I loved this activity, and since we wanted to learn more about husky puppies, I brought it back out of the Iditarod archives and updated it this year for my class.

Husky puppies are born weighing 12-16 ounces.  Since we are learning about measurement in math class, I decided to test my students and see how close they could make their husky rice puppies weigh 16 oz (1 pound) on a scale with estimation.  First, we measured out 1 ounce on a scale to see what it looked like, and feel it in our hands.  From there the challenge was to see if we could first estimate, then fill our sock with exactly 16 ounces with rice.  We chose a men’s sock we liked out of white, black, or gray, then used funnels to fill our sock.  Students went back and forth to the scale to measure them until they reached exactly 16 ounces.

Now for the fun part! We used little rubber bands to tie off the head, paws and tail.  Some students added a muzzle with an extra rubber band.  Then we added a black pom pom for the nose, felt ears, google eyes, and a little pink felt tongue.  Students could add extra felt for special markings for a personal touch.

Time for a husky puppy name!

We fell in love with our puppies, and when we were all finished it was time to name our litter.  Mushers have a special tradition when naming a litter of puppies in their kennels.  We read a great Iditarod post about how this is done, and we talked about what our theme should be.  Can you guess?  From that theme, each student gave their puppy a unique name.  Read our husky puppy names below, and see if you can guess what it is:

Our theme is “Texas” of course!  Our puppy names were inspired by the Lone Star State: wildflowers, food, spices, places, and even NASA.  What would your theme be?  Kim’s original lesson plan had a puppy birth certificate, so we created our own. 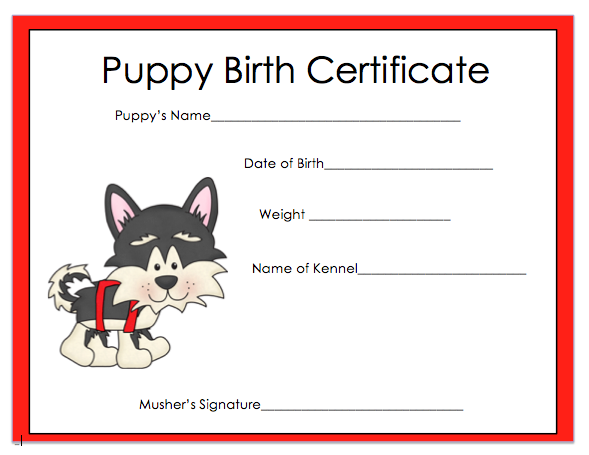 How Does Your Puppy Grow? Lesson Plan

Matt’s puppies have grown up quickly in the last few months.  Matt shared with us how he starts to train and prepare his puppies for the Iditarod in the future.   In the video below he walks around his kennel with the 14 puppies from Cool Cat who are now 3 months old and weigh 15 to 20 pounds.  He explains how he starts walking with the puppies and mom when they are young, but then he walks them alone so they can bond with him.  The jingle of a bag of dog kibble keeps them running to him and not wandering off.  It is amazing to see them all stay close together and trust him. 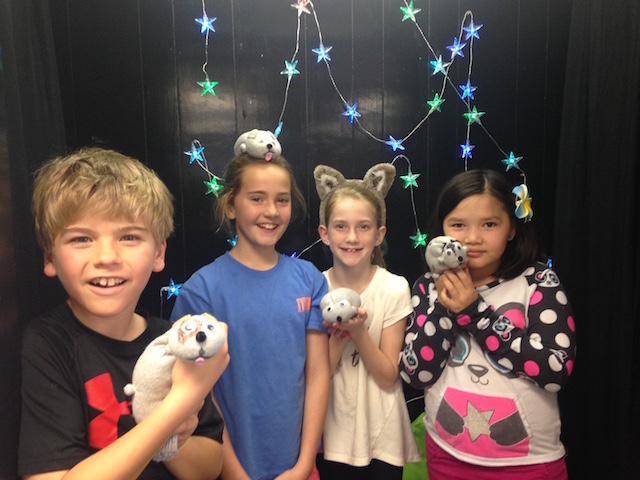 We wish we could have had the real thing – but we learned a lot with our sock version!

Follow my journey this year as 2016 Iditarod Teacher on the Trail™. We have partnered with Skype, and I will be sending recorded video messages daily along the trail to classrooms around the world.  Sign up for a free Skype account and then join the “Iditarod Classroom Club” to follow along.  Click the link below:

Want to know more about Matt Failor and other 2016 Iditarod mushers and their teams?  The name says it all.  The ULTIMATE INSIDER

gives a school access to everything!  All of the benefits of the INSIDER VIDEO combined with the ability to “Track the Pack” with the GPS INSIDER!  Access to all of the commercial-free video.  Spotlight up to 5 of your favorite mushers and receive email alerts when they enter and leave a checkpoint.